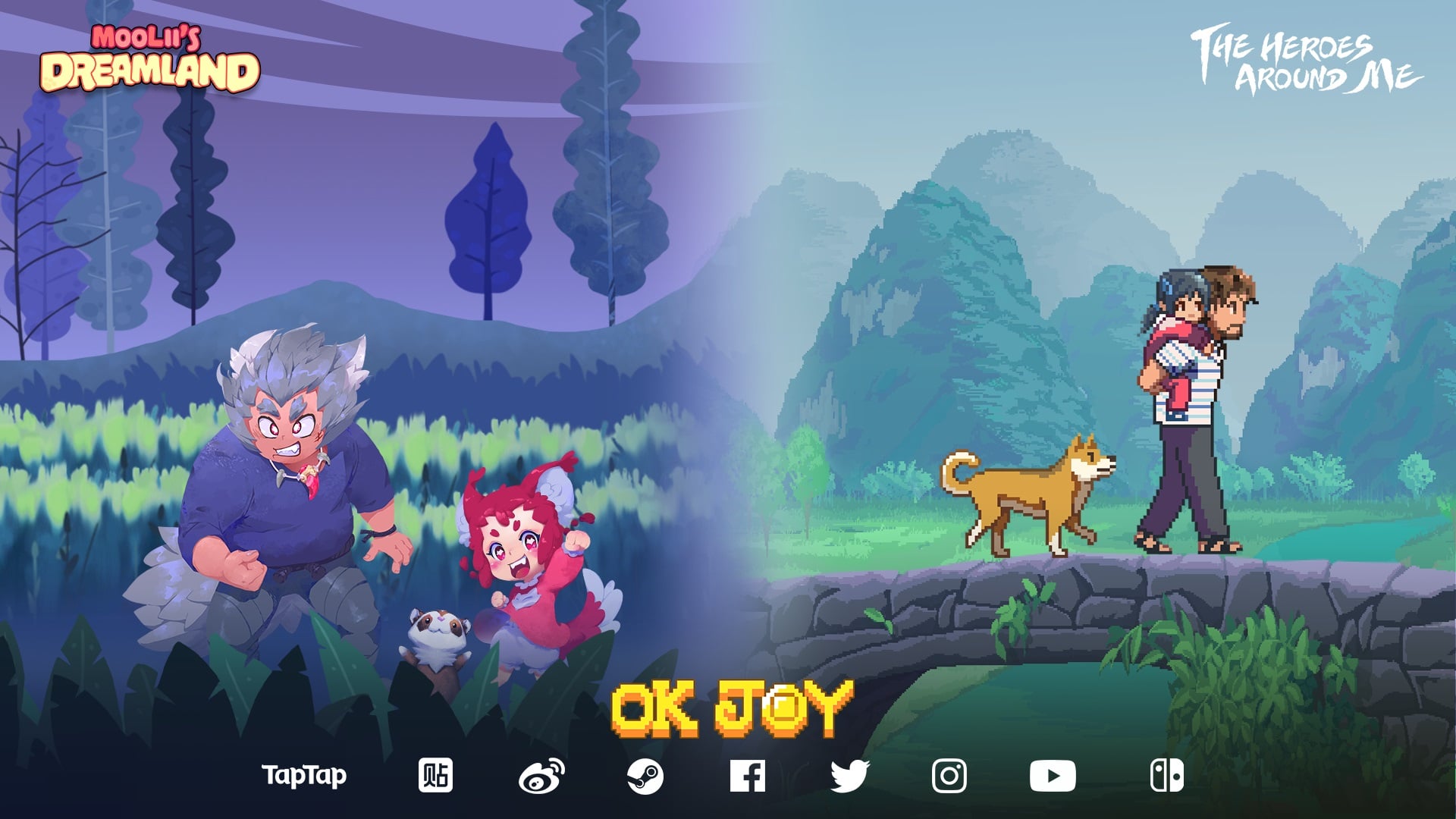 It was one fateful day, it was October 15 and there was a big event scheduled for today. It was that gamescom asia 2021 was scheduled to happen this month.

As I was browsing the many games that developers showcase in gamescom asia 2021, I happened to chance upon two peculiar-looking games that were developed by an independent Chinese game studio, OKJOY, that innately piqued my interest.

A Captivating Game Titled ‘The Heroes Around Me’

The first game was called The Heroes Around Me which was a pixel-art story-based game and the second one was called Moolii’s Dreamland which was an aerial combat game where you control a cute little fox spirit named Moolii as she battles monsters in a dream.

The Heroes Around Me had a story that captivated me. It wasn’t anything grand or anything and it started out rather simple.

The simplicity was something I find lacking in some of the games nowadays so seeing this invoke emotions in me that I thought no game today could anymore. It was the story of a father who had suffered from a lot of life’s burdens and how he tried to do everything he could to give his daughter the happiness she deserved.

The game has many stories to tell with many of them being very simple and mundane but the more you get to learn about the people around you like stories of the villagers the more foreshadowing there is of the overarching plot.

There is also a lot to say with regards to the artistic design as the pixel art was able to imprint in me some of the most incredible scenes I’ve ever come across in games like these. According to the studio, all of the game’s music is a live recording which allows players to immerse themselves into the game seamlessly.

Since The Heroes Around Me released the prologue, there have been many reviews that have been showering the game with overwhelming praise. The game was rated with an incredible score of 9.9 by TapTap, which is a renowned game sharing community known for recommending high-quality games. The game was also shortlisted for indiePlay’s Best Narrative and Best Mobile Game in 2021.

After the praises from fans, OKJOY made it public that the game is set for release around the Spring Festival of 2022. The Heroes Around Me, like Moolii’s Dreamland, will be available on Steam.

As for Moolii’s Dreamland, it lacked the unique charm that The Heroes Around Me had going for it but makes up for it in its own unique way. Mooli enters her dream which suddenly becomes a nightmare as the animals suddenly become distorted monsters that are hell-bent on blocking her path as they rain down projectiles at her.

The game sounds like your regular side-scrolling shooter however the mechanics of the game managed to keep me on my toes as it requires a certain level of mastery to be able to go through the levels.

The game manages to challenge one’s coordination, strategic, and mental skills in gaming. After playing the game for a certain number of times I believe my cognitive abilities were put through the wringer.

These two games may seem simple at first but they are anything but. As I type these words I could feel my blood rush and my heart pumping just for wanting to play the games again and relive those moments of frustration, happiness, and excitement at what will happen next that will keep me on the edge of my seat.

For now, players will be able to try out the game on Steam and can get the latest updates on OKJOY’s official accounts on Facebook, Instagram, Twitter, YouTube, and various other social media platforms.