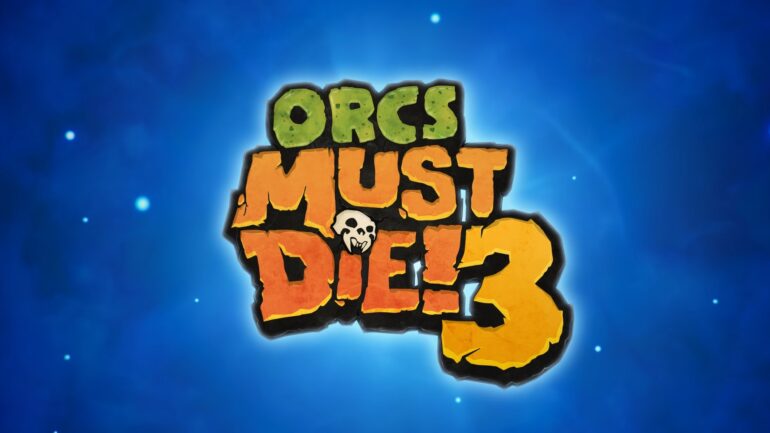 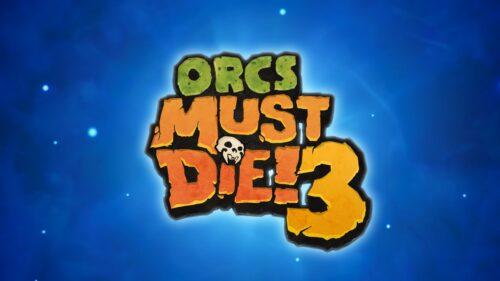 Orcs Must Die, developed by Robot Entertainment, is a series I’ve dabbled in throughout its development across games. I played the first game, enjoyed my time, and then left off. I have not played the second one so I cannot compare what it added over the original or this sequel.

For those unaware, the series is a tower defense style game with the added twist of third-person shooting for extra skill and depth. My first impressions of Orcs Must Die 3 are positive, the art style, for one, is very cartoony and vibrant, yet still holds great detail. On top of that, the animation quality is top tier as well. However, on the more technical side there are a few blotches that need polish; such as the tutorial only being screenshots with arrows, and I would rather have a small map that teaches each step of gameplay over this simple screenshot offered with little depth.

Orcs Must Die 3 doesn’t have a lot of bugs, however, there was a big one that struck me within the first hour, and I’m unaware if it was just my computer, or specks, or alignment of the stars, but alt-tabbing in the PC version seemed to annihilate my pc for a few seconds, handing control away from me while it fights to switch to any other monitor I have. I also found out that borderless windowed seems non-functional, resorting back to Fullscreen upon selection. This seems to be the only bug I have encountered though, as the rest of the game is seamless in gameplay – placement phase and shooting are both tight and function perfectly. The music is a bit stock-feeling but enjoyable and an overall level of polish is seen in all areas.

Focusing on the placement phase, you get a short time to place any traps or blockades, or even allies. There’s no time limit during this planning period. You get to scope out the land, see the direction the orcs will come from. Using spectral versions to highlight the route they will take, you can update in real-time any edits you made to routes by adding blockades to shut off entire lanes or areas. Each of these items ends up costing an amount of… you know they never did say what the currency was called, so let’s call them “Tbucks”.

You then get a specified amount of “Tbucks” and then get to work placing different armaments onto floors, walls, and ceilings, each having a specific use with positives and negatives to said placement, with completing campaign missions unlocking even more options. It is said that you never are overflowing with coins, so each trap is important, any combos planned, or barricades placed need to be in the best placement they can and any wasted Tbucks will cost you either rankings or even the entire level.

These contraptions can be upgraded as well, using “orc skulls”, which you acquire from finishing missions. You get more for having fewer orcs breaking through your defenses and making it to the end portal, and a bonus one for finishing before a certain time.

These upgrades can completely change the effectiveness of the traps as well as you also having challenges that can unlock more options. To explain, let’s take the simple spike floor trap, one of the first you acquire. Fully upgraded, it doesn’t just recharge at an accelerated rate but also allows for added electrical damage, or even can apply bleed. Each trap has unlockable perks that add combo potential as well as new placement options that always make me stop to think before setting my traps to my toolbelt.

Moving onto enemy variety, I am happy to say that that I was always on my toes with every new type, of which there is a healthy supply, introducing a new variety at almost every new level.

These all, however, break into 3 major types, with some outliers of course to extra spice-up encounters. These break into small, and fast units which can run across traps, even able to outrun some slower activating ones and wasting their charge until they reset. The medium, tankier version is more susceptible to traps with a stockier version at later levels. Then there are the major enemies, such as ogres or trolls, which are a lot slower than the rest, but also have a higher amount of health, and are weighty enough to not be flung easily by smaller traps into hazards. There are also the outliers, which I’ll leave for you to discover. Let’s just say for now that they introduce new strategies to work around, or completely throw your current one on its head and melt your defenses like butter.

Map variety is also a key factor, each map holding boons and struggles that the player must overcome, which some traps working the maps to your advantage and some utterly useless to the situation. So when preparing, take each trap into account before placing them into your belt. Some have choke points where setting up wall arrows and floor spikes, turning the innocent hallway into a high-quality blender, or some maps have low ceilings, allowing the placement of electric pylons, granting Zeus’s power to strike your foes with lightning. There are also environmental options, lava, acid, or just plain bottomless pits that offer the ability to fling your foes to their demise, quickly dealing with the tankier foes.

Next, traps aren’t your only option for battle, in fact, relying on them will surely have you fail those higher scores. When all else fails, turn to your trusty gun, or bow, or magickly powered staff, to fill the void. Gunplay in the game is fluid and enjoyable, with upgrades to improve each weapon type, which I’m happy to say with over 10 types of weapons, I’m always finding new uses for them with every new enemy that’s introduced. For example, the shotgun is great for crowd control, offering the ability to knock most foes back with its secondary if any get too close for comfort, or for knocking them off the sides to their fiery demise. However, if you’re at a distance, the staff or bow are great sniping tools and can one-shot most enemies with a well-tied headshot, and melts even the spongiest of enemies with consecutive shots to the head.

Before I forget, there is a new element which is “War Scenarios”. These are in which you are given more powerful tools, such as a whole battalion of archers or a catapult tied with TNT, and in exchange, the number of enemies you defend against is pushing on the ludicrous, near never-ending streams that you have to hold out in larger scale maps. It’s nothing to write home about, as to me it’s just bigger versions of what the game already did. But it is impressive to see that many enemies on screen to a solid 60 fps.

As a last note, there is a story to the game, but is of little consequence, campy, and has no depth, and I like it for that. Its focus instead is on its gameplay and refining said gameplay which they managed beautifully. The characters are enjoyable, if not annoying with repeating voice lines – Yes, I am aware I’m out of mana, repeating it for the fourth time doesn’t make it come back any faster.

All-in-all, I had a great time with Orcs Must Die 3, and a lot of time spent in it to boot. If you have any passing interest in those old tower offensive games on those free game websites, check this game out and you won’t regret it. 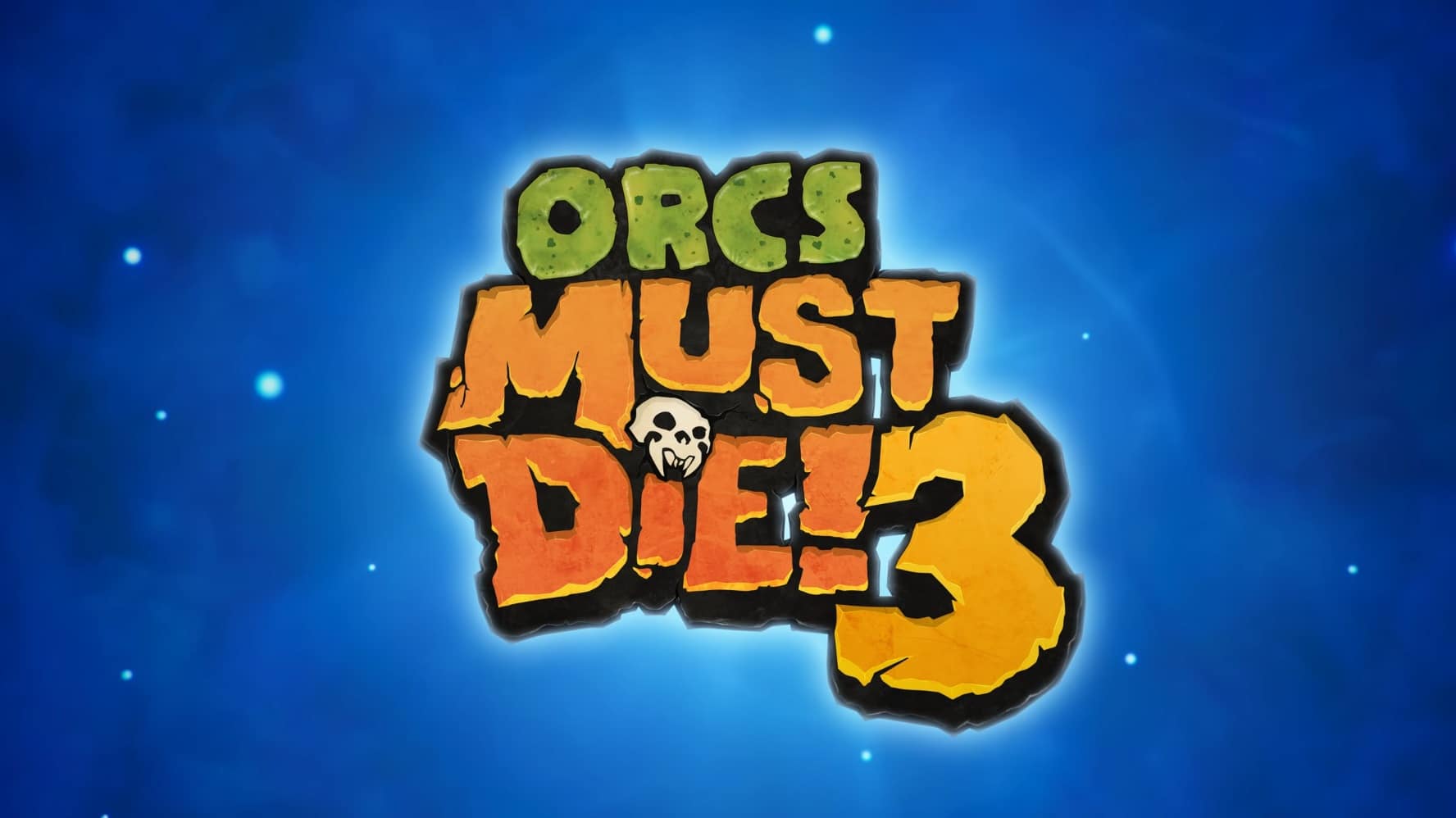 Orcs Must Die 3 – Review
Score Definition
Almost perfect if not for the nitty-gritty. If it’s quite there but not enough to push the boundaries, it’s still an awesome game.
Pros
Gorgeously Cartoony artsyle
Fun Gunplay to compliment the tower defense
All traps are unique and useable
War scenarios are awe inspiring in the amount of enemies on screen
Cons
Tutorial is nonexistant
Music is stock standard
Alt tabbing freezes the game
Fullscreen is locked, borderless windowed does not function
9
Excellent