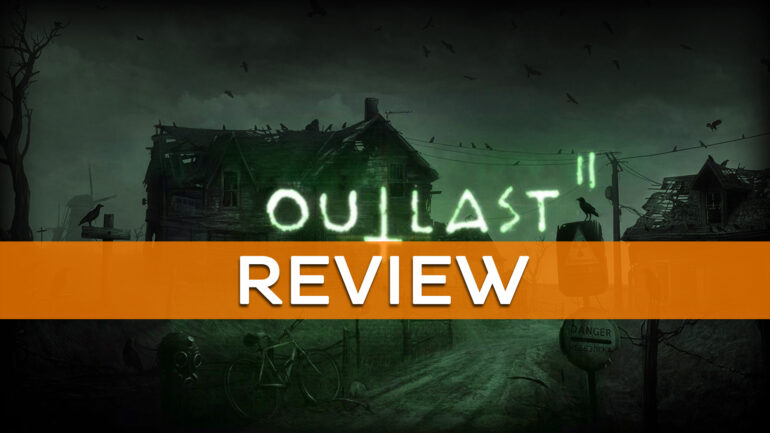 “What’s the difference between a dead baby and a Ferrari? I don’t have a dead baby in my garage.” If you think that joke is distasteful and offensive, then perhaps I’d suggest you turn away from this review because this is just a sample platter from the grotesque entrée that’s about to be served—a grotesque, yet deeply intriguing sight, like a truckload of dead babies. Also there’s a kickstarter project for this game called the “Companion Diaper” which is apparently for people who might soil their pants due the game’s terrifying nature. 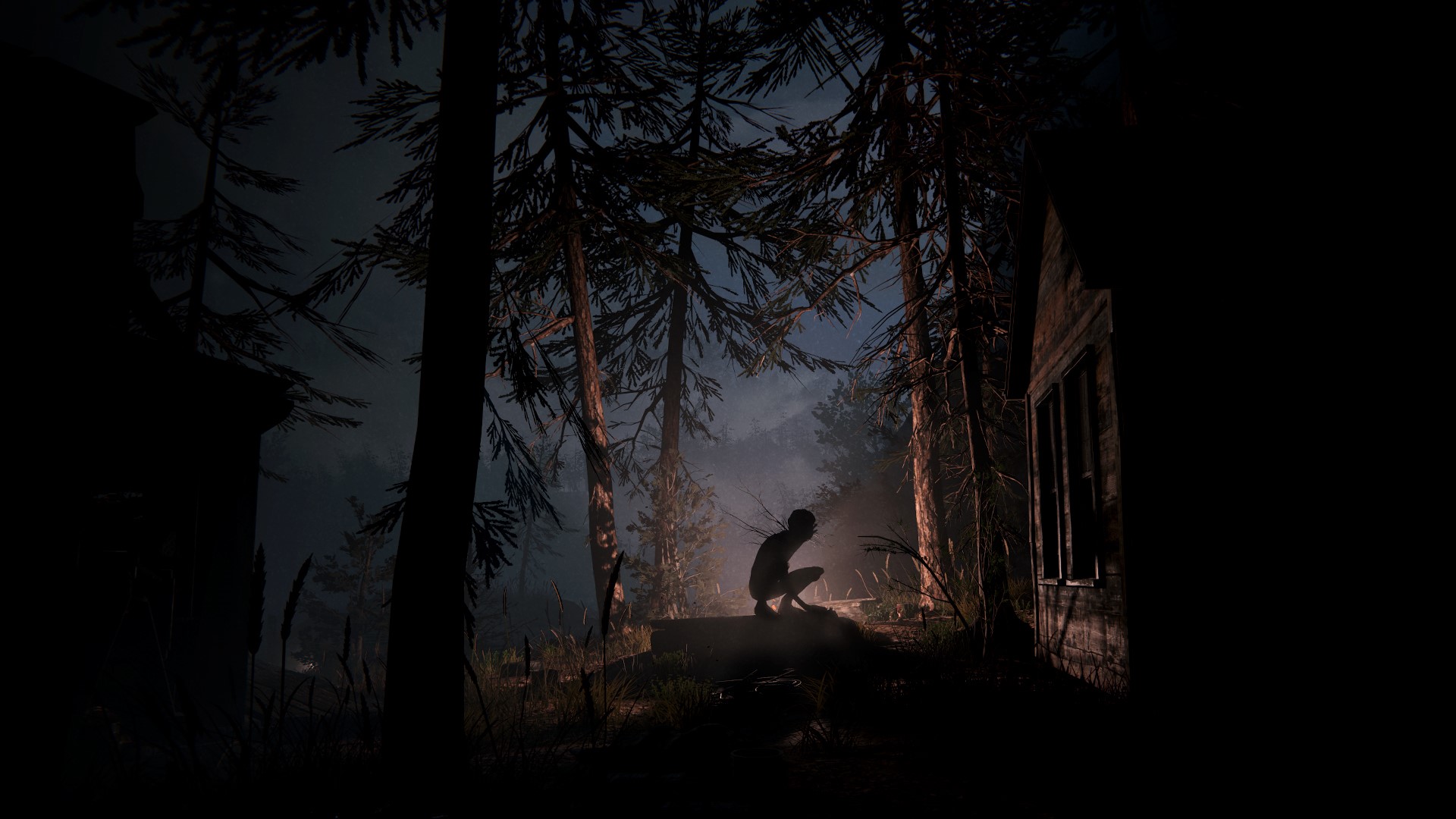 The game starts you off as Blake Langermann together with his wife Lynn, on a journalistic scoop into the Arizona desert. Things go awry when their helicopter, had an “emergency” landing that caused them to steer off the destined path. The group gets split, and a hellish nightmare fueled journey of taboo and dark debauchery ensues. To simplify things even further, this is a scary game, and scary things happen. But I like to think that the story and setting is what really got to me, and not some of the unfortunate cheap jump scares that still occur more than once.

I really don’t want to talk about the plot. Some of the greatest moments in the game has nothing to do with any gameplay but rather the events that take place. The story pretty much carries this game from start to finish, with only a few pacing issues towards the end. All you need to know is, that you are lost in a cultist town where you have to search for your missing wife, evading all the locals and otherworldly beings. Throughout the excursion, you will solve not only mystery of the occult town but also unlock the missing pieces of your character’s ominous past. If you value your personal religion, you may want take caution in experiencing this title, as there strong atheistic/demonic tones at hand, and I mean STRONG.

The graphical presentation is outstanding for the most part. The excellent use of depth of field and motion blur alongside hazy lighting results in this limbo-like quality to it, and the liquid-based particles such as water and blood look like something we will witness in the next generation of games. It is however the eerie sound mixing that really steals the show. I’d even argue that it’s more than half of the experience altogether. Be sure to try and play the game using surround sound headphones if you can., every droning sound, every dark ambiance, every crunch, resonates really well aurally, increasing immersion and in some ways, paranoia. 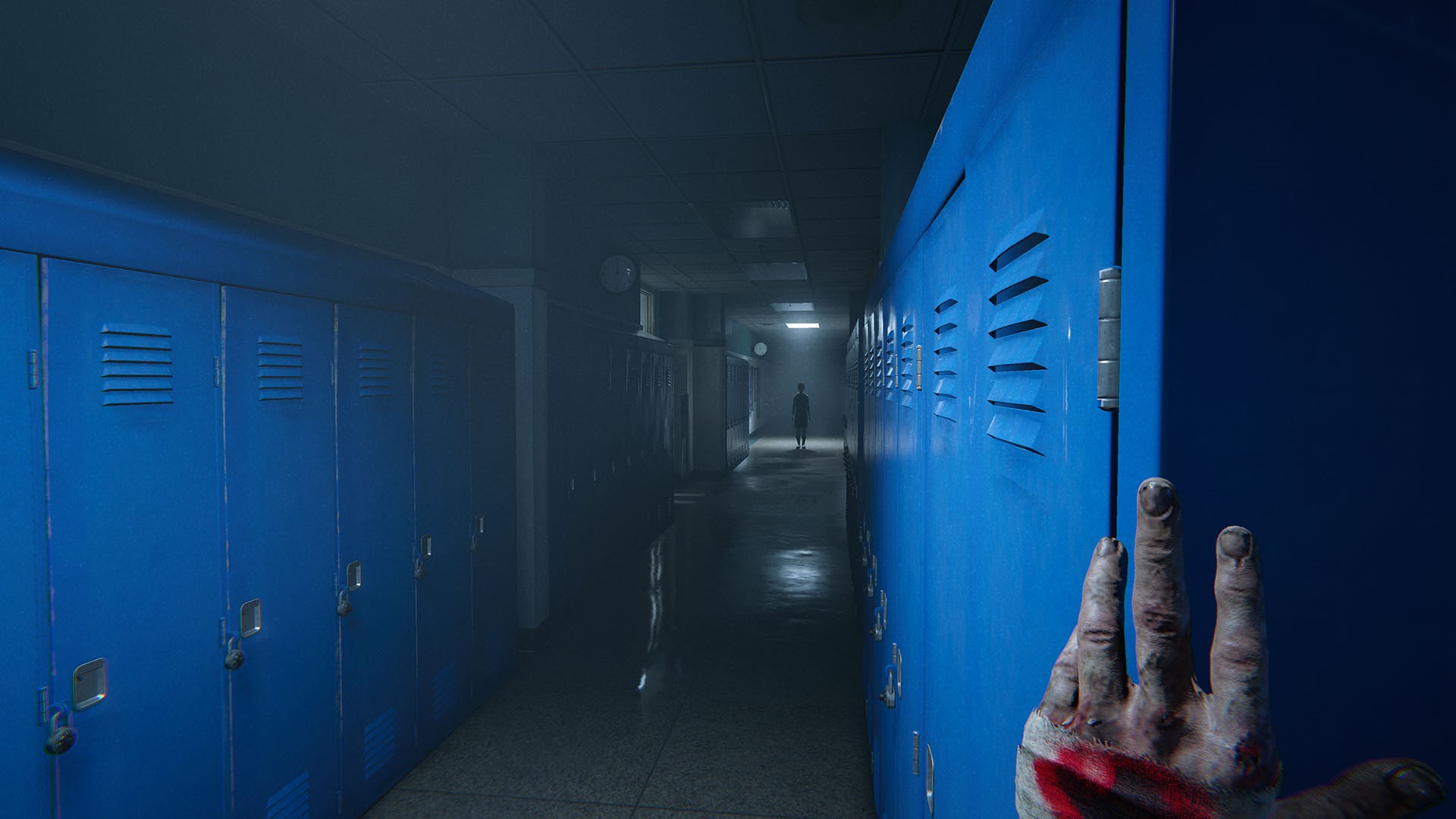 Running this game at 5120×2160 (Nvidia DSR) on max settings yielded a framerate of 55-60fps on a GTX 1080, which really shows how Red Barrels Studio mastered the Unreal 3 Engine in delivering such an optimized PC port in a time where most PC games are shipped pretty much broken.

The game’s environment can really look photorealistic at times, that’s until you see the character model. They are not bad by any means, they’re pretty good overall—it’s just that the environmental details far exceed the character models whose designs look like the developers did not know whether they want realistic looking people or characters from a high quality graphic novel. Upon spending more time with the game, I felt like the developers intended this to be a horror experience and not horror game—to elaborate, the story and presentation took centerfold and not the actual gameplay elements.

I played the game on NORMAL difficulty and it took me about 9 hours to finish the game when in fact it should have taken me about 7 hours to complete. 2 hours may not seem a lot, but when you are faced with repetitive and frustratingly vague sequences then it’s hard not to lose time in the process. (NOTE: I don’t really look for solutions online when I am stuck in a game, unless I have been stuck for days.) In the game, Blake never fights back, ever. See a hatchet? A sickle? Too bad. Even a desperate man for survival does not try to defend himself. Your only way of surviving is to run and hide while collecting bandages to heal yourself, and batteries for your handycam. 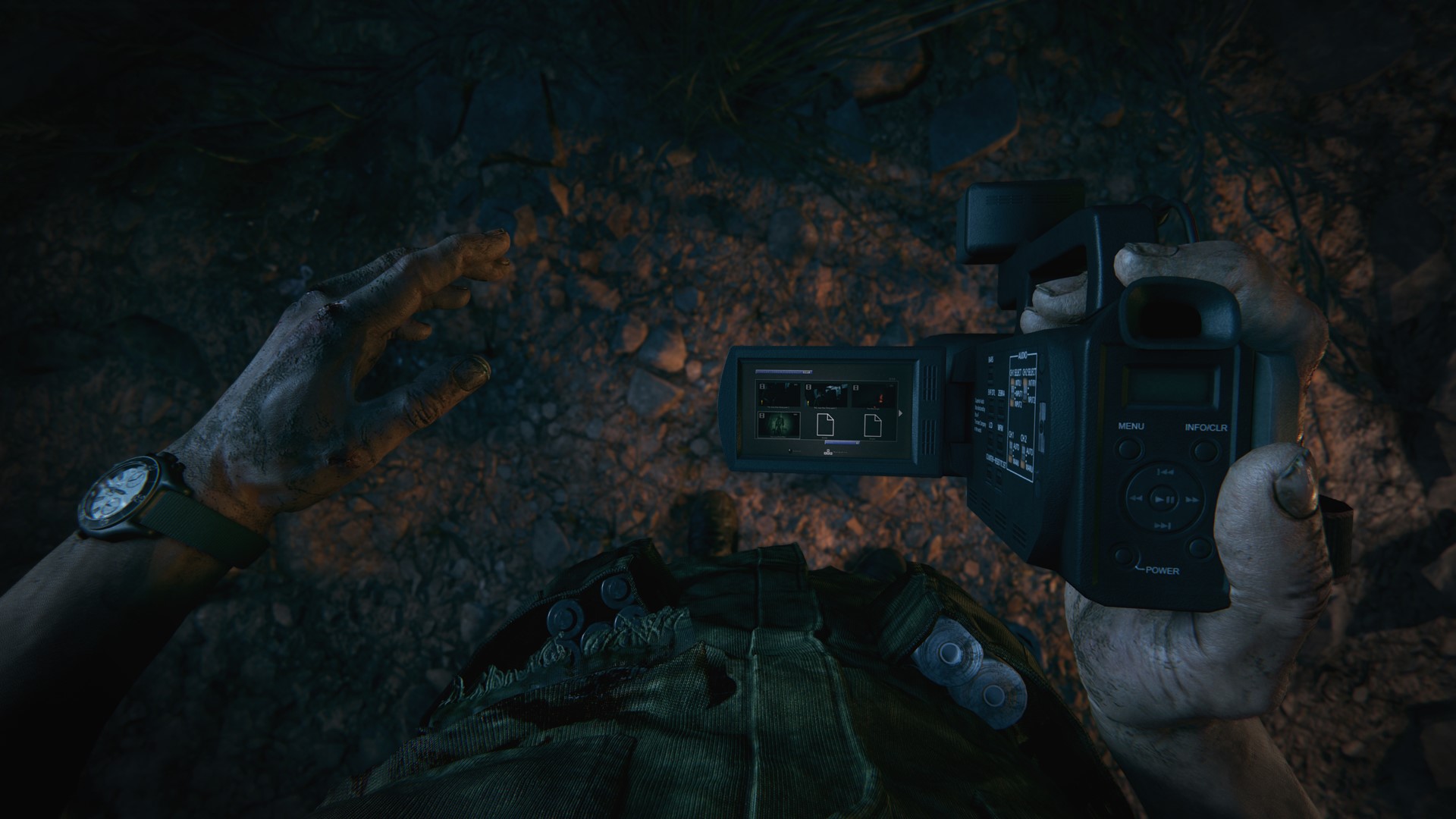 Throughout the game, Blake is inseparable with his handycam recorder that seems to be both shockproof and waterproof given the scenarios that play out. He can use it to record crucial events and take photos of notes which allows him to view it whenever he wants. Now it would not be Outlast if it’s not for its staple of having that green filtered lowlight mode that allows you to see in pitch black places—try not to abuse it because it quickly drains your battery, so I might suggest opting for the stereo microphone gameplay mechanic that lets you sense sound direction when your vision is obfuscated, as it not only lets you predict danger behind walls but it also doesn’t take as big of a toll on your battery life.

There are times in the game where Blake must participate in scripted sequences that mostly have enemies chase him, and it’s up to you to find the correct path to take while freaking out because of the game blasting your senses. I do believe it was not the developers’ intention for me to replay those sections in the game for about 8 times and re-watch the same cut-scene and hear the same dialogue over and over again, until I figure out that the invisible wall or the things I thought I could interact with are just static objects. When this happens (along with some really cheap deaths), spookiness pretty much turns into frustration. And remember this was all on NORMAL difficulty. Thankfully these frustrations only really occur towards the end of the game, but then again it really kills momentum since you’re just itching for the truth at point and constantly halted. 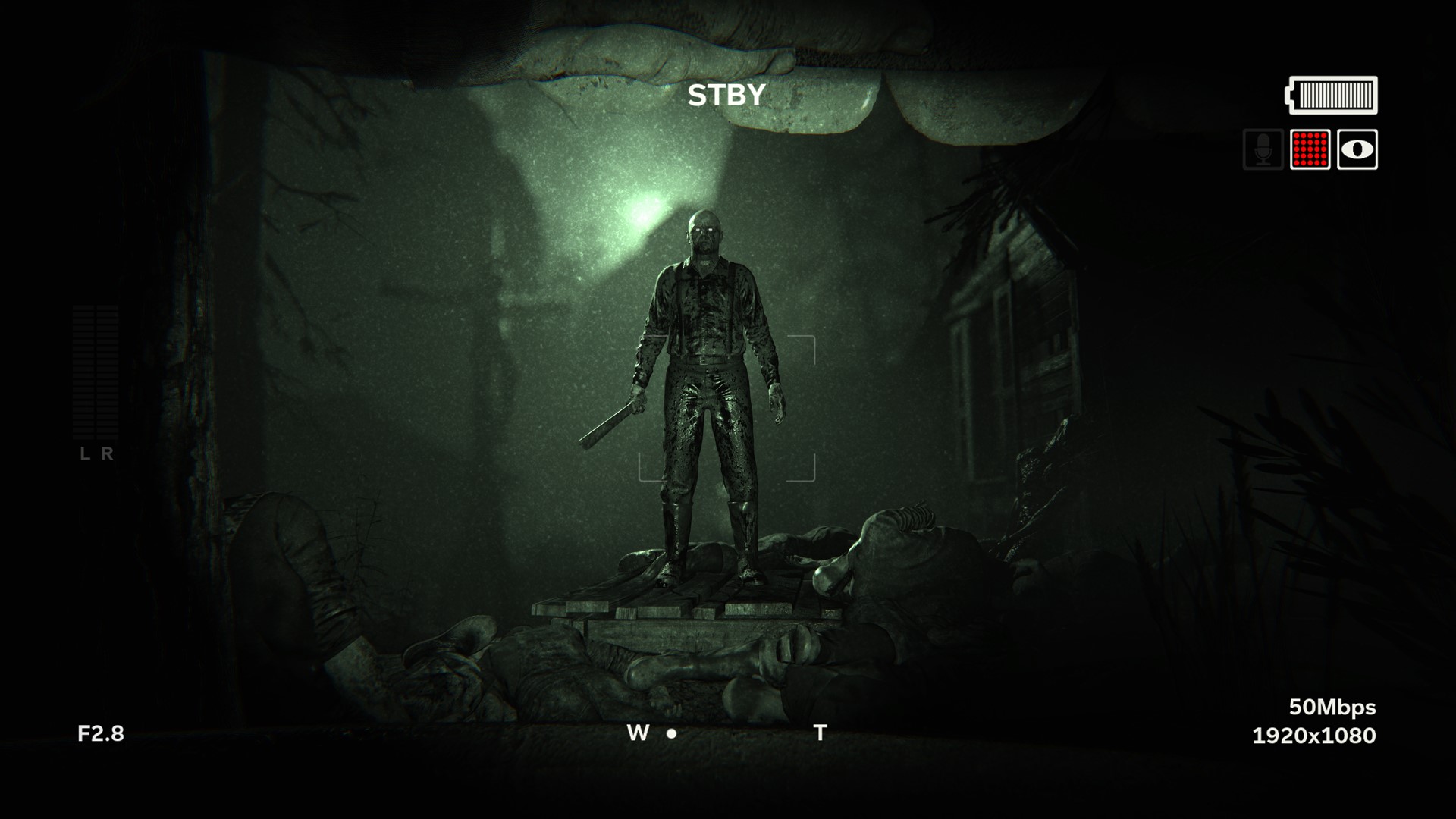 For the most part, Outlast 2 ticks all the boxes when it comes to presentation. The story may seems convoluted at first but given enough time and introspection, it can be rewarding. As of now though, the revelations are left to speculations and interpretations. The planned DLC will hopefully shed some light because at this point, the fans of the story are trying to decipher its hidden meanings, and it’s always good to see the communities that form when gaming phenomenon like these occur. If you can tolerate some frustrating aspects towards the 3rd act of the game, then I highly recommended this title whether you like scary games or not, because I really enjoyed the mystery of the game. And at $29.99 (Php 759.95) you really can’t go wrong this one.