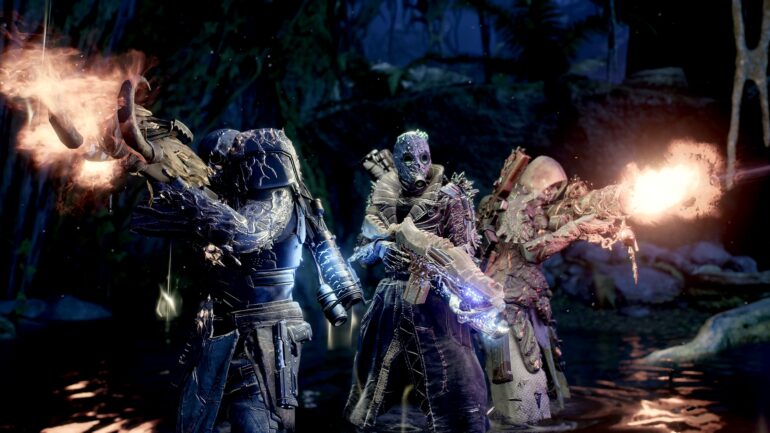 Game company Microsoft has officially confirmed that upcoming video game Outriders will be coming to Xbox Game Pass on day one.

The upcoming genre-hybrid video game with RPG systems will be coming to Xbox Game Pass on day one for console and Android phones and tablets via Xbox Cloud Gaming (Beta). Players can hop into this game right away on April 1 and jump into the shoes of the individuals who are trying to colonize an alien planet that they think can become the new home of humanity.

The colonizers got hit by a mysterious storm called the Anomaly, which burned all of the technology that everyone used. This also evolved all of the wildlife and turned them into ferocious monsters, which now made it difficult for the colonizers to survive. It has now become a war and the winner takes the planet.

Here’s what the Outrider description is via Xbox Wire:

You are an Outrider, re-awoken from cryostasis 30 years after the first landing on Enoch – emerging as an Altered – a being with access to powerful skills and healing abilities. And now you get to flex those skills on the ever-raging battlefield! Create and customize your own Outrider, then use their devastating array of abilities to annihilate your enemy as you embark on the journey to discover the source of a mysterious signal on a dangerous and untamed world.

In this game, players can go single-player or co-op multiplayer with up to two friends. They can use different skills and combine them to get the advantage against enemies living in the planet Enoch. Enjoy the aggressive third-person perspective RPG-shooter gameplay with full cross-play feature.

Outriders is coming to Xbox One, Xbox Series X/S, PlayStation 4, PS5, and PC. The demo is already out now and do not worry, farming here will not spoil the gaming experience on the full game.