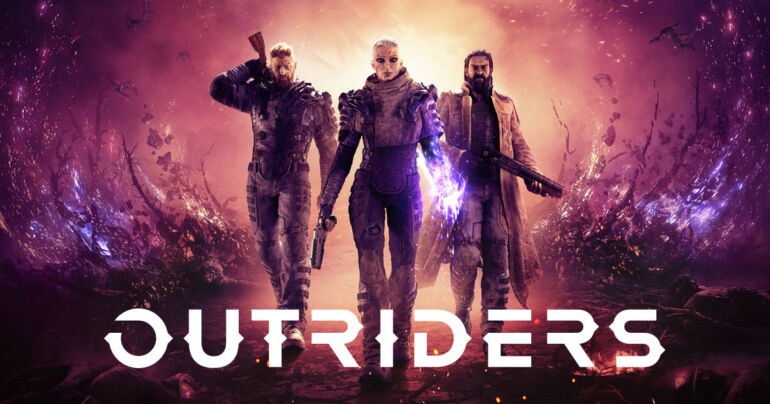 The idea of having a superpower is something that has always intrigued many. There’s a reason why comic books are so popular, and why the highest-grossing film of all time is a superhero movie. There’s a sense of awe in witnessing something implausible in real life. This is also why we enjoy playing video games so much. It allows us to live in a world insanely more grandiose than our own. Instead of just witnessing it, however, playing video games gives you the chance to actually play out a fantastical scenario. In recent years, there have been several games that allowed you to experience what it’s like to have a superpower: InFamous, Control, Saints Row, and of course, the wide array of games that are based on comic books superheroes. If you enjoy games like those, then you will find Outriders promising.

The Outrider demo provides a fairly generous look into what the game can offer. The entire demo runs only for about three to four hours, but you’ll be able to do a handful of things, like missions associated with the main story, the prologue in its entirety, and a few side missions.

As someone who went into the demo completely blind to the synopsis, which I purposely did so I can have a genuine reaction to the events of the game, I was completely taken by Outrider’s prologue. This game and its world are filled with mysteries and interesting events and it was so fun watching it play out. This demo forms a very solid bedrock of what will eventually be the game’s complete narrative.

In the game, you can choose from four different character classes: Technomancer, Pyromancer, Trickster, and Devastator. Each class comes with its own unique abilities and powers that will help you in combat. You’ll eventually learn more skills as you level up in the game. In the demo, however, there is a level cap and you’ll only be able to use three abilities by the end, but those abilities are ample glimpses to what each class is capable of.

Halfway through playing this demo, it completely got lost on me that I was playing a demo instead of a full-length game, and I attribute this to the game’s incredible combat mechanics. I picked the Trickster in my first playthrough and I had an absolute blast with it. I love how the game can perfectly balance its gunplay mechanic and the abilities that come with each class. It was so fun dealing with the enemies using the abilities that I had, while also being able to reliably utilize the guns that are given to me.

Another praiseworthy aspect of the game is the enemy AI. The enemies feel very genuine and unscripted. Every single enemy NPC is programmed to really go after the player instead of just waiting their turn when one is attacking. They will force you to keep moving instead of simply hiding in one corner by using bombs and they will often circle around to trap you.

The game has a very interesting way of integrating difficulty options into gameplay. Instead of choosing from easy to hard, you can choose between World Tiers. The further you go into the game, you’ll be given access to higher World Tiers. The higher the World Tier, the tougher the enemies are, but you’ll also be given better rewards.

The game also has a multiplayer feature where you can bring in a friend or two to help you with missions, which is where the importance of classes comes in. Each class fits with a specific role. For example, a Technomancer can function as excellent support within a team and the Devastator is the team’s tank.

Now, let’s talk about visuals. The game itself looks very decent, as is expected with modern games that aim for visual realism instead of having a distinctive art direction. There are moments, however, when the screen can look incredibly cluttered during combat. Flashes, smoke, bombs, bullets, and environmental debris will often fill half the screen, which makes it difficult at times to fully comprehend the world around you.

The game also has an odd obsession with shaky cam, for some reason. Shaky cam during scenes where heavy and intense action is involved is a little more understandable, but in this game, a shaky-camera style is utilized even when the characters are just standing around a table holding a conversation. It’s odd and misplaced. It’s not a deal-breaker or anything, but it’s something that will pull you out of the immersion.

The game’s character creation could also be a little bit more comprehensive, but this is a demo, after all. Perhaps it’ll be expanded upon during the main game.

All in all, I had a blast playing the demo. It was brief but I felt like the game showed me enough to keep me engaged and excited. While far from perfect, the game shows a lot of promise and I am hopeful that the game will deliver on those promises when the full game releases in April of this year. In the meantime, I highly recommend that you play the demo for yourself. It is available for download for free on the PlayStation, Xbox, and PC via Steam.