Orisa and Doomfist got some big changes with the former becoming a Tank! 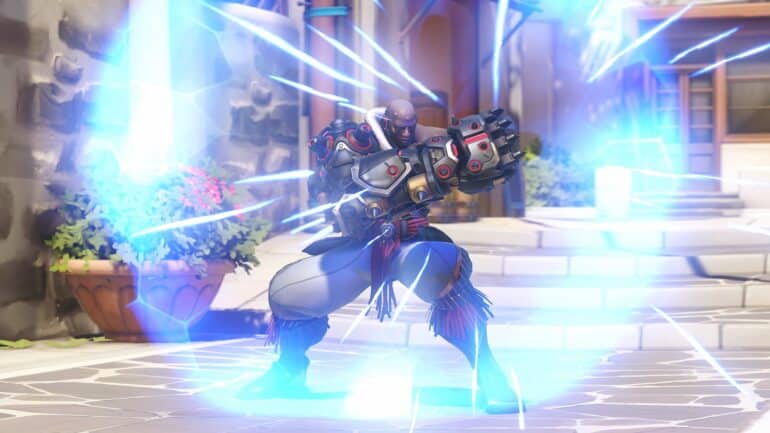 Blizzard has released new details on the Overwatch 2 reworks on characters Doomfist and Orisa.

First on the list is Doomfist which has now changed into a Tank with his health increased to 450. He is now beefier than ever. There are some changes to his weapons and abilities with the Hand Cannon getting ammo recovery increase to once every 0.4 seconds. The damage has been reduced from 6 to 5 per pellet.

The Power Block will protect Doomfist from frontal attacks. It can block heavy damage and will empower the Rocket Punch. The said Empowered Rocket Punch will travel faster, further, and deals increase damage. Uppercut has been removed.

Seismic Slam can now launch Doomfist just like Winston’s leap. When he lands from using the ability, it will deal damage and slows them down.

The ultimate ability Meteor Strike will now add slow to all enemies that get hit. The other ring damage got reduced to 100-15. Lastly the activation time got reduced to 0.5 seconds.

Orisa has been reworked as well starting with her Augmented Fusion Driver. It now rapidly fires large projectiles when fired, but will shrink down as it travels. It will now use a heat mechanic instead of ammo/reload.

The Energy Javelin can be launched at an enemy to stun and knock them back. It will be more effective if the enemy will hit a wall.

The Fortify ability can now gain 125 temporary health when activated. It is now slowed by 20 percent when it is active. It also reduced heat generated from firing by 50 percent while active.

Orisa can use the Javelin Spin to her advantage. It can be used to destroy projectiles, push enemies, and increase the forward speed.

The Ultimate ability Terra Surge will sweep in enemies and anchor down. She will gain the effects of Fortify and charging up a surge of damage. In order to unleash the surge early, use Primary Fire.

There are three abilities that got removed. These are Protective Barrier, Halt!, and Supercharger.

Overwatch 2 is still in development. It will be available on PC, PS4, Xbox One, and Nintendo Switch.