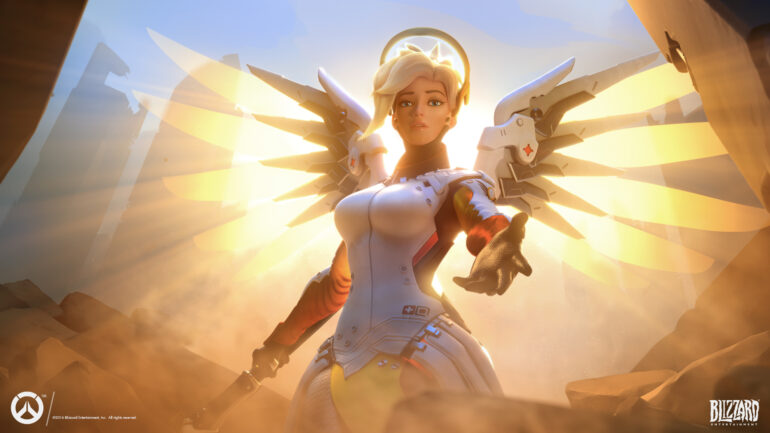 Blizzard has been working on balancing their hero-based shooter, Overwatch, as much as possible. The support hero, Mercy, is going to get another nerf-stomp in the latest patch on the Public Test Realm (PTR) that will affect Mercy’s “Resurrect” ability again.

It seems that Blizzard felt that the recent work for Mercy was successful in the past. But apparently, the studio acknowledges that Mercy “feels too strong” to fight against. Now, Blizzard is adding a cast time to give opposing players a chance to counter.

Furthermore, Ana’s Biotic Rifle will pack a punch damage of 70 damage than 60 in this latest patch.

You can check the full PTR Update Patch Notes below:

Developer Comment: Ana has been outshined by other support heroes lately. Boosting her damage will help her defend herself and make her more threatening to the enemy team.

When activated, Resurrection no longer has a cast time.

Developer Comment: We feel that Mercy’s recent rework has been successful, but her Resurrect ability still feels too strong and frustrating to play against. Now that it has a cast time, there is more room for enemies to counter the ability. However, casting Resurrect happens instantly when Valkyrie is active. This should make her feel powerful when she transforms on the battlefield.