Steam and PS5 have not been left out! 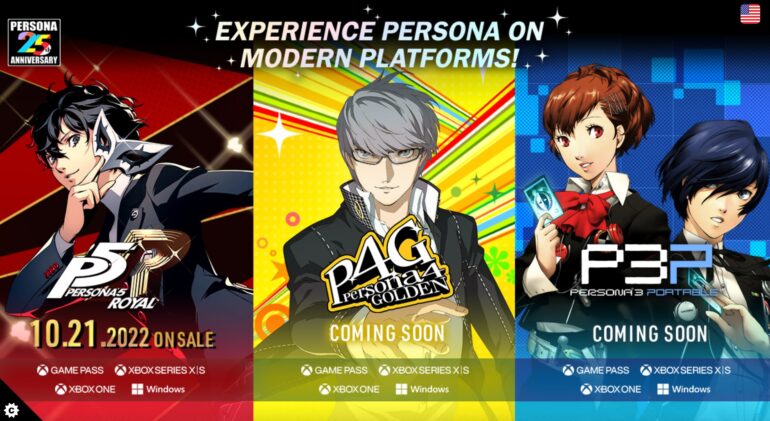 A new update from Atlus states the three titles from the Persona series will be coming to multiple platforms aside from Xbox and Windows PC.

Coming to Other Platforms Too

Well, good news to ALL Persona fans as they will not have to worry anymore. According to a new press release that media outlet Eurogamer recently acquired, Atlus revealed that all two titles, namely Persona 4 Golden and Persona 3 Portable, will be coming to PC, PS4, and Xbox consoles, while Persona 5 Royal is heading to the PS5, PC, and Xbox consoles. There is still no specific release date yet for P4G and P3P, so fans will have to wait to see next year. Xbox and Windows PC will get P5R on October 21, 2022.

With the announcement, Steam will have the most complete set between the four platforms. They already have P4G, P4 Arena Ultimax, and P5 Strikers with P5R coming possibly on the same date as Xbox and Windows PC, and P3P next year. P4G was already available on PlayStation Vita while P3P on PlayStation Portable. The only ones who have the bad end of the deal here are Nintendo Switch, which only has P5 Strikers.