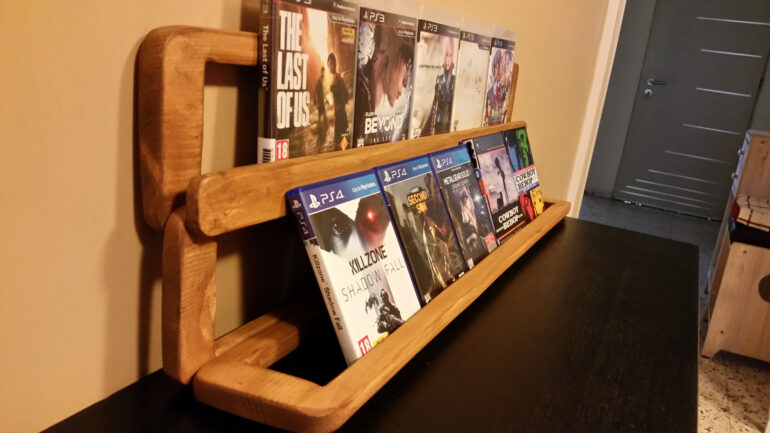 In this modern age of gaming, technology has evolved in so many ways in which video-games are now huge, offers new gameplay experiences, graphical fidelity, and even digital games – dishing out the physical hard-cased small boxes for convenience. But, there are a lot of caveats to this “digital” route. Others see it a better feature and that it’s convenient, while some still see “physical” as more important and convenient in this present day.

Even printed magazines are getting unnoticed as the internet stays up-to-date, and people nowadays have smartphones in their pockets and the 4G/LTE network is already a big advantage to those who wants to game on their phones and to browse. I may want to call it an “all-in-one” media device that can already do a lot of possible things from watching YouTube videos and movies to browsing and even writing documents.

But, did you stop and think for a second if putting aside “physical” would be easier for people to use and take advantage on? Here are where preferences dig in. Not everyone likes to have a shelf full of books, games, DVDs, etc. when they can just have them on their consoles, computers, and mobile devices. But there are still disadvantages for a such feature in this digital age.

No more Dial-up and Slow Internet!

Let’s focus more on the gaming side, especially on consoles. Digital games are great especially that in this present-day Telecommunication companies already offers 100 megabits per second to 500 megabits per second of download speed. Imagine, if you have that hefty fast connection you can already download 50GB game file in just a few minutes. But not everyone can afford that kind of internet subscription. Some might still have 50Mbps, or even lower than that. Which means, gamers who still have 15Mbps of internet connection, or even 5Mbps (usually in third-world countries), will have struggles in downloading games. A 50GB game is already like 18 hours of download time.

It’s not all that bad, per se, but waiting that long is a bummer to those who can’t afford an upgrade. The good thing about digital games is it stays up-to-date when it comes to updates, so you won’t have to worry about downloading the patch since it’s already included. A great example of that is Halo 5: Guardians. I recently bought the game a few weeks ago, and the update was hilariously huge! 45.4GB for an update after the 50GB installation! Now, given if I bought Halo 5 from the Xbox Store and downloaded the game, so that’s about 90+GBs which is a mammoth-sized file, then I’ll have to wait for like almost 2 days if I have 6Mbps of download speed.

If you do the math, downloading Halo 5: Guardians from scratch really takes a while for those who don’t have fast internet connection. If you have the physical copy, you just simply install the game that takes about 30 minutes to an hour then do the update afterwards which is already half of the time from downloading the whole game with the update. You can already save time, and even your data allocation for the whole month before getting capped.

Video-game file sizes today varies, it’s not consistent, and it depends if it’s a triple-A title or an indie game. Usually, triple-A games require either 17GB or even more. Killzone: Shadow Fall already needs 40GB+ for its initial installation, don’t also forget about the updates. If we take out physical media permanently, then we have to consider that 2TB of hard drive space is not going to be enough for your library of digital games. Given if you have a slow internet connection speed or a data allocation for the whole month before getting capped by your internet service provider – or you only have about 500GB/1TB of hard drive space, you will always have this worry of re-downloading games you might want to play again and sacrifice your time, hard drive space, and data allocation.

This isn’t a major problem though, but it’s a disadvantage of digital media. Wherein physical copies of games can save you from the burden of re-downloading the game and patches if you just want to go over the spectacular campaign and just leaving out the multiplayer. You have to choose what games to uninstall and what to keep.

Aside from one of these disadvantages, the good thing about hard drives in consoles and PCs are that they are easy to replace and swap. The capability of consoles, especially PS4, is that it can swap hard drives if it gets full with ease. However, with Xbox One, you can’t swap the main hard drive, and you can simply download those digital games in an external hard drive that has a USB 3.0. I actually prefer the style of the Xbox One though, it’s easier since you don’t have to download the firmware and database of the console unlike the PS4, and you can just simple plug the USB to your Xbox One and you’re done!

Insert-and-Play, No More Updates, Like the Classics. But wait…

The importance of physical discs on consoles is to make everything accessible to all gamers – with fast or slow connections alike. You simply insert the disc then get immersed with the game’s story and gameplay.

It’s always better to have the game patched, especially the ones with horrible bugs and that needs a lot of fixing. But this is not always the case for every game, if you think the game is already stable enough, you didn’t experience bugs and graphical hiccups, and you just want to play the single-player mode, then you can simply skip patching the whole game, install the game from your disc, and just play the campaign. Just like old school consoles like the PS2, Xbox, and GameCube where you don’t worry about massive updates and that these games are already better and optimized before their launch dates. 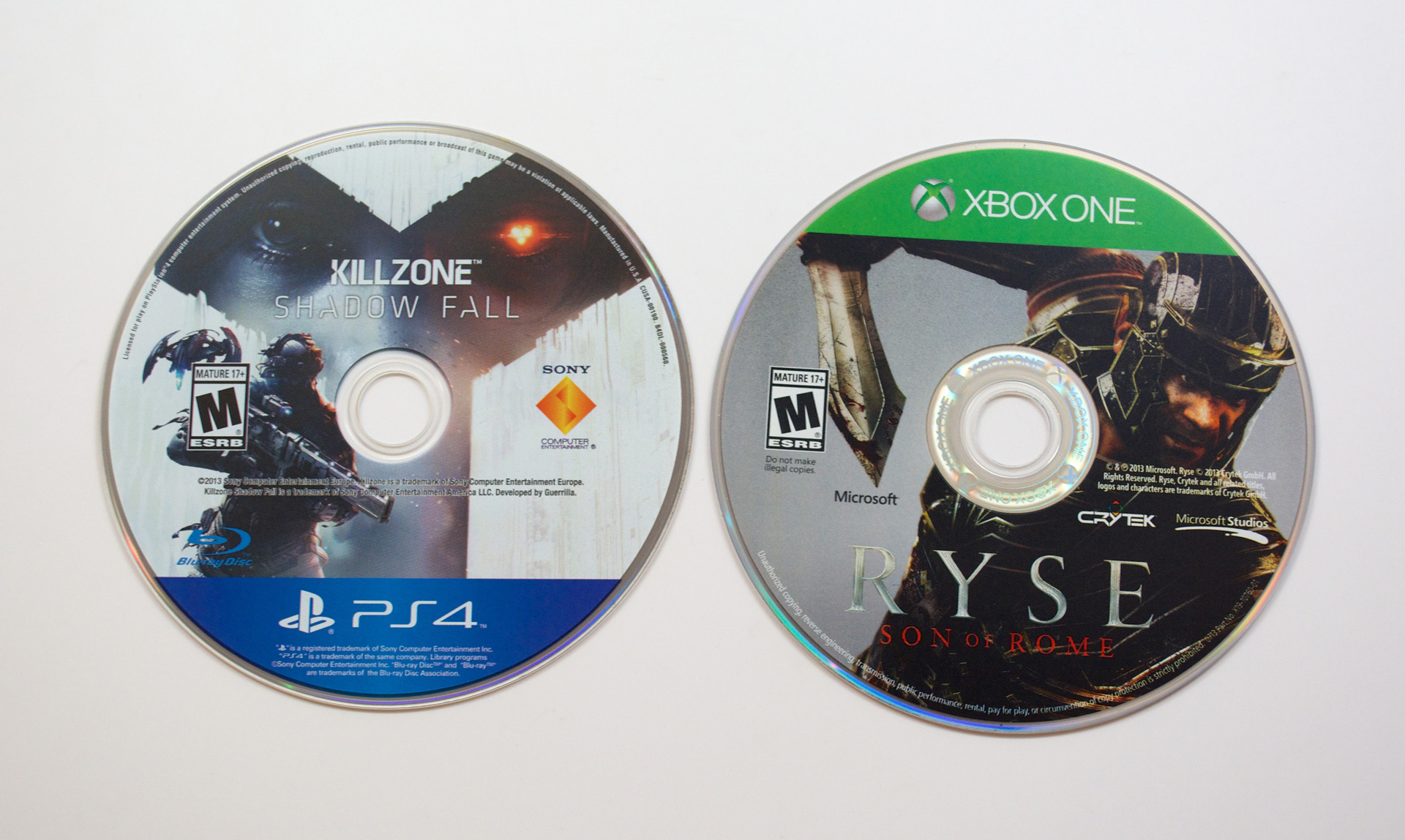 This is very much applicable to the PS4. You can skip updates, and just play the game after its initial installation. However, with Xbox One, there games that have mandatory updates where you can’t play the game, even offline single-player like Gears 4 and Halo 5, if you don’t patch them. It’s quite disappointing, really. Don’t take it the wrong way, updating a game is more advisable, but there are just games where we don’t care about multiplayer and just play the great campaign.

The Doomsday of Server Services Shutdown

It’s a given fact that digital games are on your account online. You can easily login to your PSN or Xbox Live account and then download the game on any PS4 and Xbox One units. We all know that Sony and Microsoft’s online services will not go down yet, but that’s going to be the “doomsday” we’ll be expecting in the far future.

When Sony and Microsoft are going to decide to stop their console production and will continue to support online services for a couple of years, your beloved digital library has already a time-limit before it disappears. And when that happens, boom! All of your well spent cash will just go to the drain for nothing, no refunds, no returns or whatsoever. Unless if you are already prepared for it, and that you have a box full of hard drives full of your digital games, then you’re all set.

No trades, no re-selling… in digital games.

Digital games are tied in to your account, as what the header say, you can’t trade or re-sell your games to another person. It’s forever locked to your account. Now, this is not totally a bad thing. It’s what you call DRM or digital rights management. Publishers and developers are imposing different kinds of DRM where you have to initially get connected to the internet before you can even play your games offline (very applicable to Steam and other PC games). It’s mainly for security reasons to stop piracy. When Microsoft’s announcement of this feature in E3 2013; it backfired on them, which made the Xbox One look bad than the PS4.

In the world of consoles, there are gamers who wants to sell the game they finished and buy another game using the cash they got from selling their old game. Or just simply trade a game to another game they’re interested in. Some may call it “pirate” or “illegal” when it’s actually not. When you buy the game, you have the right to sell it to another or trade them when you want to.

DRM dissolves that freedom, and this is why there are no more “trading” and “re-selling” of old games in PC. We’re lucky enough that Sony and Microsoft are still embracing this freedom to let their loyal consumers do whatever they want with the games. So if you buy a digital game you didn’t like and you want to sell it, then you’re out of luck. It’s forever stuck with you.

I’m guessing this is the last part of this article, and it’s going to be really short. If you’re a collector, then physical copies of games will be your choice. It’s lovely to see a shelf full of games that are well-arranged with your collector’s edition figurines and toys. Showcasing your game collection to everyone, in social media, and even to the world. It’s bragging, I know, but it feels really nice when you get to just sit on a couch and look at your collection, and be proud of the achievement.

I, myself, prefer physical media than digital. It’s more easier, accessible, and you don’t have to worry massive downloads aside from updates and patches.

What do you prefer? Do you still want physical games to continue? Or do you want an all-digital library in the future? Let us know your thoughts in the comments!