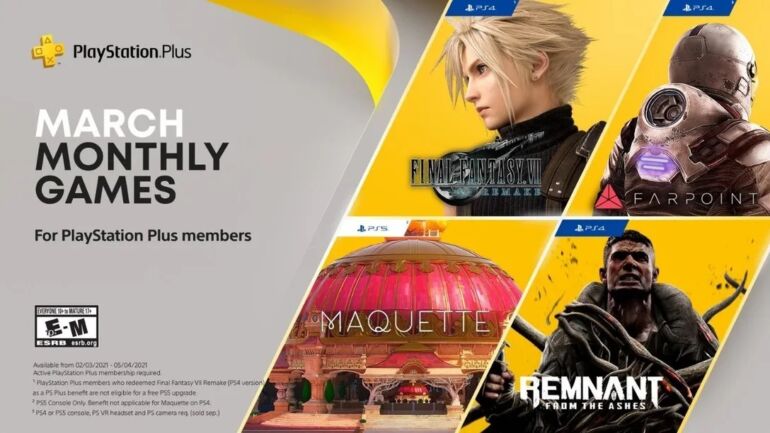 Rejoice everyone for one of the free games for PlayStation Plus subscription this March 2021 includes a beloved JRPG remake!

Game company Square Enix just announced four free games that will be included in PS Plus March 2021. It will be available starting March 2. Check out the games:

The first free game is Final Fantasy VII Remake for the PlayStation 4. The rumors were true after all. This will be the first part of a grand collection of other chapters of the FFVII story and a remake of that.

Do note that the PS4 version of this game on PS Plus is not eligible for the PS5 digital version upgrade. Bummer.

The second free game is Remnant: From the Ashes for the PS4. This is a third-person survival action shooter where players take on the role as one of the last remnants of humanity attempting to retake the world from monsters from another dimension. As of writing, this is only available for the US. Asia gets Knack 2.

The third free game is Maquette and it will be exclusively available only on PS5. It is a frist-person puzzler designed around a Eshcher-esque recursive simulation.

The last free game is a PS VR title called Farpoint. Players will be taking on the role of a survivor who needs to master different kinds of weapons in order to keep alive on a hostile alien world. This is a free-roaming, first-person PS VR shooter.

These PlayStation Plus free games will be available until April 5.

Destruction AllStars is also still available to download next month until April 5.