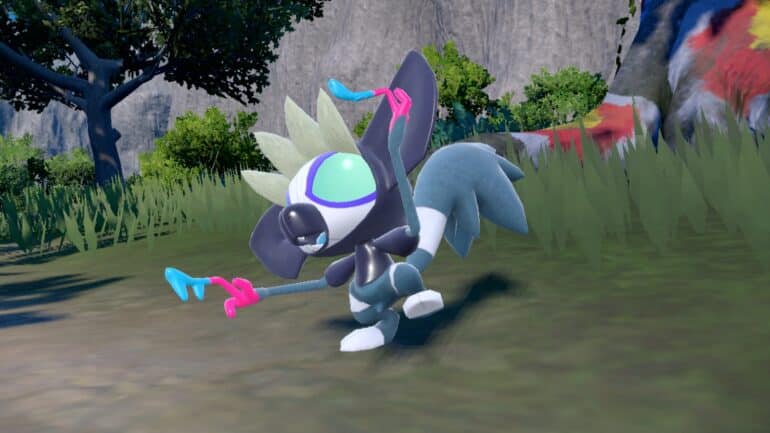 The newly discovered Pokémon is called Grafaiai. It is usually found in the Paldea region in the two versions of the game. It is a Toxic Monkey Pokémon. There is also a reveal video that can be viewed below.

Grafaiai
Grafaiai is a moody Pokémon with a fastidious disposition. It doesn’t form packs, preferring to roam alone, and it is constantly caught up in territorial struggles with other Pokémon. Grafaiai specializes in using its poisonous saliva—which changes color depending on what the Pokémon eats—to attack foes by spitting at them or by slashing at them after coating its claws with the saliva.

Grafaiai is nocturnal and once the sun sets it licks its hands and fingers to cover them in poison, and uses them to draw patterns on the trees in its territory. The poisonous saliva it uses to paint paralyzes Bug Pokémon, which are drawn to the saliva’s sweet, fragrant scent.

Pokémon Scarlet and Pokémon Violet will launch on November 18, 2022, exclusively on the Nintendo Switch.