Cure everyone from what's ailing them later this year 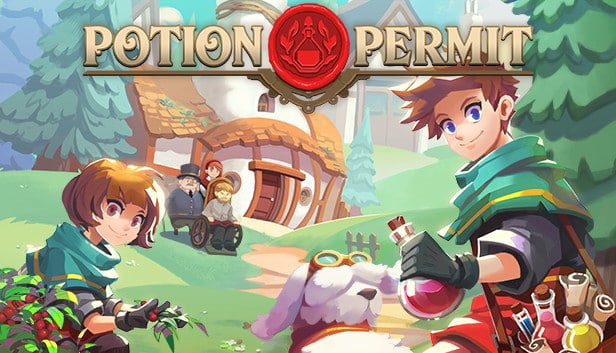 Publisher PQube and developer MassHive Media have announced today that their chemist simulation game, Potion Permit will be released on PlayStation 4, PlayStation 5, Xbox One, Xbox Series X|S, Nintendo Switch, and PC (via Steam, GOG, and Epic Games Store) on September 22, 2022! A physical release version of the game was earlier announced, along with a collector’s edition.

The Steam Demo will be available to play for free until launch, allowing everyone to catch the train to Moonbury and start their potion-making adventure before the official release.

You can watch the Date Announcement Trailer below, courtesy of PQube!

The town of Moonbury has always been wary of the advances of the outside world, preferring to rely on their traditional methods of healing. Until one day, when the mayor’s daughter falls ill, and the local witch doctor can do nothing to help her, they are forced to look outside their small community for help.

The Medical Association decides to send their most accomplished chemist – you – to help cure the mayor’s daughter and convince the residents of Moonbury of the wonders of modern alchemy. Gain their trust and tend to each person when they fall ill in this open-ended sim RPG.