World War 3 has devastated most of the planet. The rich and powerful build sky cities to protect themselves from the ill the effects of the war, while the rest of the population suffer in the aftermath. Those left behind become resentful towards the people living in the sky cities. Terrorist groups such as the Children of Fallen Nations vow vengeance towards everyone who has not suffered. The political situation becomes desperate as the United States and Russia become distrustful of one another. This powder keg is primed to explode, and a single spark will set it off.

Project Nimbus: Code Mirai is a third person fast-paced action game in which you pilot multiple Battle Frames in a primarily story driven game. Seen from the perspective of 3 warring factions, each soldier must come to terms with thoughts such as serving without question and the helplessness of perpetuating a conflict in order to achieve peace for all of mankind. There is no room for hesitation. It is do or die on the battlefield. The game is broken up into 2 acts each composing of 8 missions. Each theater of war sees you piloting a specific Battle Frame belonging to one of the factions. At the start of each stage, you are briefed on the objective and the possible opponents you will be facing. The presentation is straightforward and to the point but the game doesn’t suffer for it. There are audio logs available for anyone who wants to know more about the characters and the current status of the world.

Although each mech looks different, functionally they use similar armaments. Which is kind of good in its own way as the action is quite fast-paced. You will spend the majority of the time launching flares to throw off missiles and dodging machine gun fire as you respond with firepower of your own.

Machine guns and guided missiles are common to all Frame types be it mass-produced or custom made. The custom-made Frames have special armaments like “Psycho Drones” (ahem funnels) and rail guns. There is even an advanced Frame that is capable of transforming into a jet, just like a Macross. Each mission takes into account a specific feature of the mech. This pretty much makes up for the fact that there is no customizing in the game. Which is all right. I’d rather have a tightly designed level that tests one aspect of your combat capabilities compared to having a level loosely designed for a wide variety of mech types.

There is a fair bit of variety in mission types ranging from destroy missions to survival missions to even time attack missions. Oh, and let’s not forget about the boss battles that test your reaction time and your patience, which in my opinion is the best part of the game by far. Lastly, there is the Survival game mode in which you choose from a variety of Battle Frames as you attempt to last for as long as possible before going down in a blaze of glory. 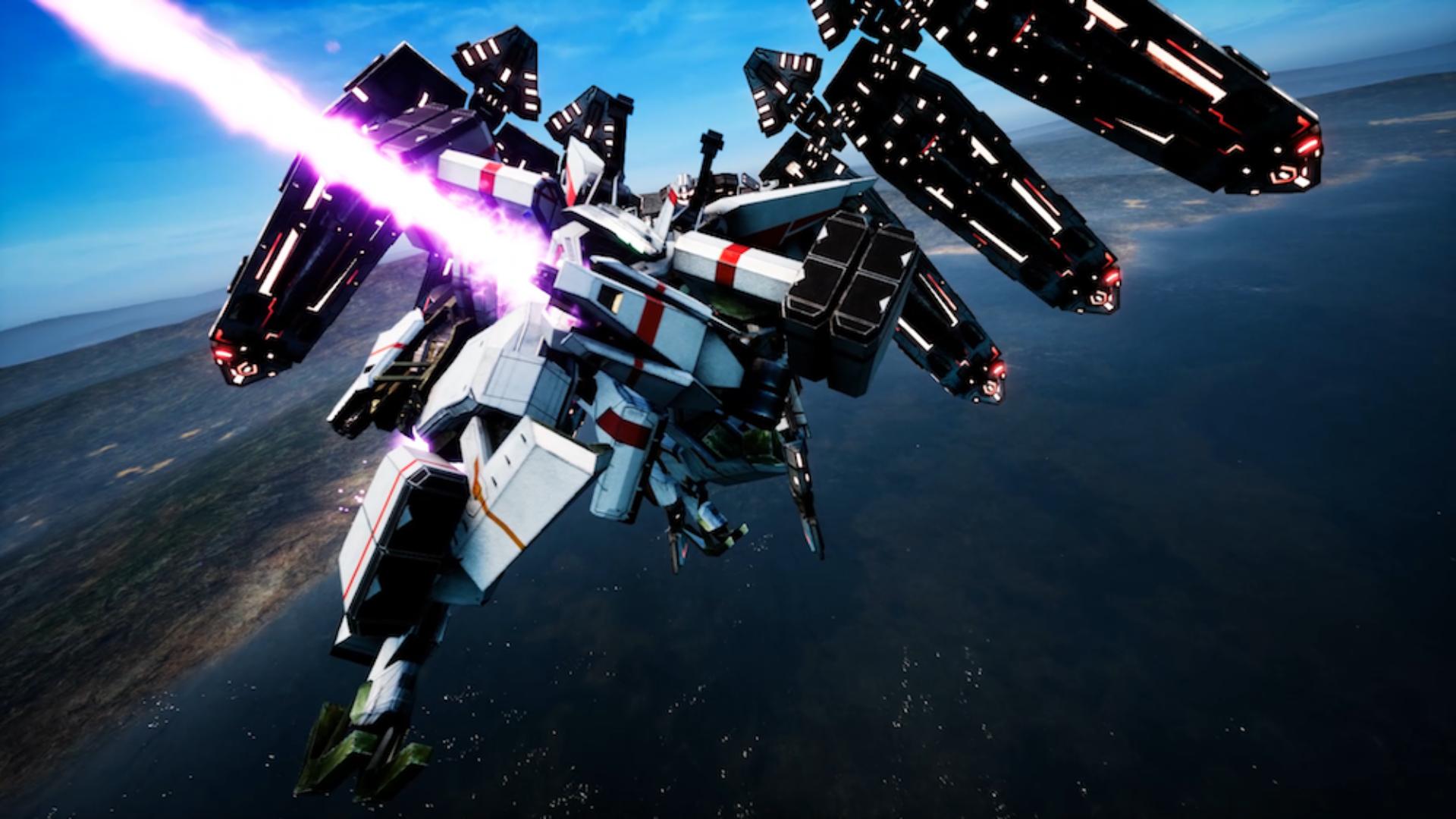 The controls are very responsive and the mech’s movements have some weight to it. Boosters have some momentum to them and you will have to apply an opposite force to make quick turns. I have some issue with the method in which weapons cycle through. Thankfully, there is the ability to slow down time which makes the whole process much more bearable. You need to watch both the slow time meter as well the boost meter to have the best chance of surviving. The game is forgiving at the rate each meter refills itself. It’s like the game is encouraging you to boost around and slow down time as often as possible cause it knows you are at your best when you don’t have to worry about resource management.

The voice acting leaves a lot to be desired. I know that these guys need to be stoic, but it would have really helped if they showed a little more emotion from time to time. This is really evident in parts where the characters are supposed to feel something, but the delivery is so far off from what the scene depicts. It’s not “Jill Sandwich” levels of cringy but overall, the game takes a hit because of it. Also, the translation gets lost in some points. The weapon system known as Psycho Drone are “funnels”. The in-game text says they are funnels. The operator tells you “Funnels are ready”, it’s a small pet peeve. Just getting it out there.

Performance does dip during intense parts of a mission. Rest assured that this is an uncommon phenomenon. It would take the entire screen filling up with missiles and laser beams before the game really starts to show some wear and tear. Outside of those parts, the game runs smoothly and remains responsive despite all the action happening on screen. 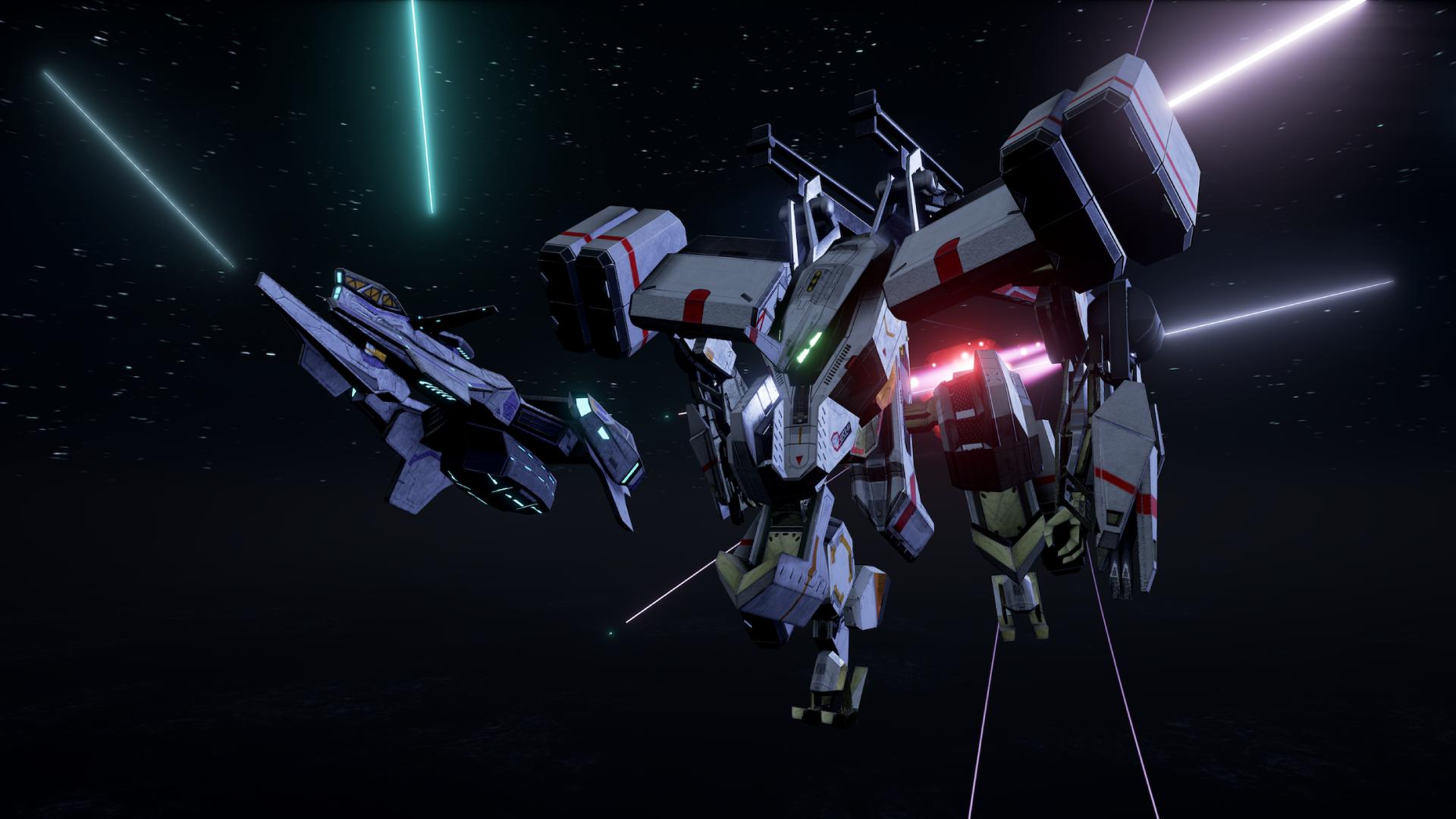 Project Nimbus definitely pays homage to the great mecha games of old. There is this vibe like you are playing a modern day version of Zone of the Enders, albeit without all the cinematics and production value. The similarities go beyond just the visual aesthetics, the controls of the game are also heavily inspired by ZOE but slightly adjusted for the more fast-paced combat. The game has some subtle Gundam references here and there, with some battles and scenarios playing out as it from an episode of Gundam 00 or Gundam SEED. (And one not so subtle reference to Macross.)

If you can forgive some flat voice acting here and there, the game is truly worth a complete playthrough. The length of the campaign does little to deter from the best aspect of the game, the combat. I definitely recommend this game to any fans of the genre. If you are looking for a game that all about speed and 3-dimensional combat, then look no further than this title. 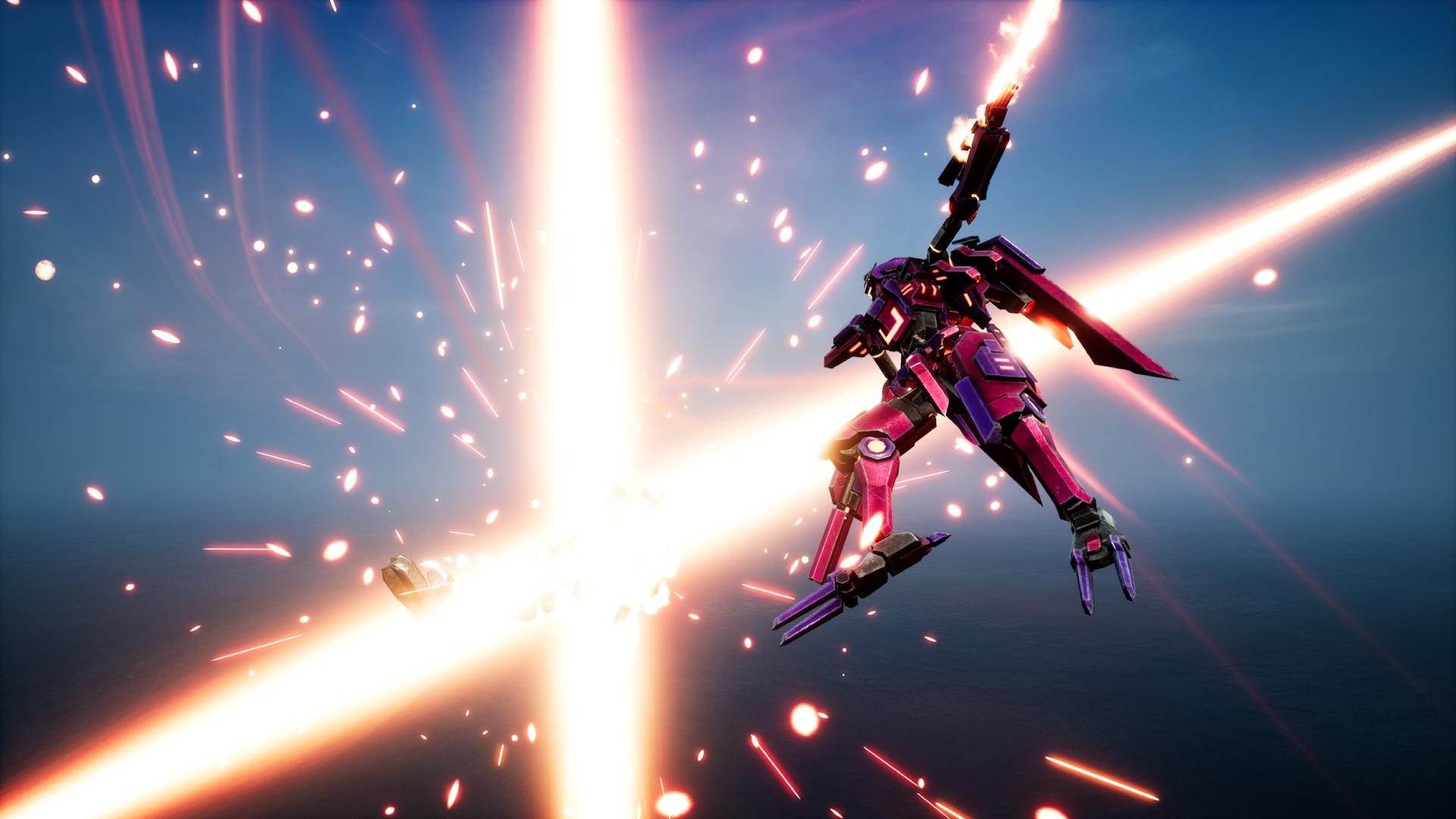 Project Nimbus: Code Mirai - Review
Score Definition
When the issues of a game are rolled and stomped by its greatness, then it’s something to invest on if you have some spare.
Pros
Fast paced combat
A well crafted campaign mode
Exciting boss battles
A wide variety of mechs to pilot
Cons
The voice acting falls flat at time
The difficulty spikes at some points
Slight dip in performance during the more action intensive sequences
The campaign is a bit on the short side
8.3
Great