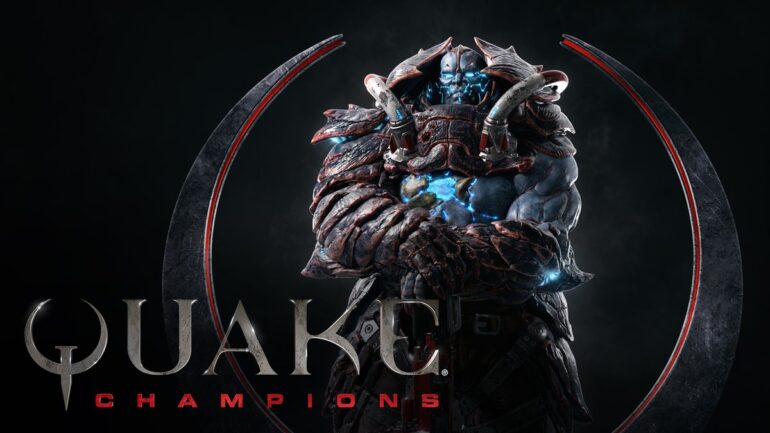 I got to play the closed beta of Quake Champions. A reimagining of the old Quake classic with a twist. In Quake Champions, you play one of several iconic characters from Bethesda games. It’s the same fun of a Quake classic plus a few new features to bring it to the present. 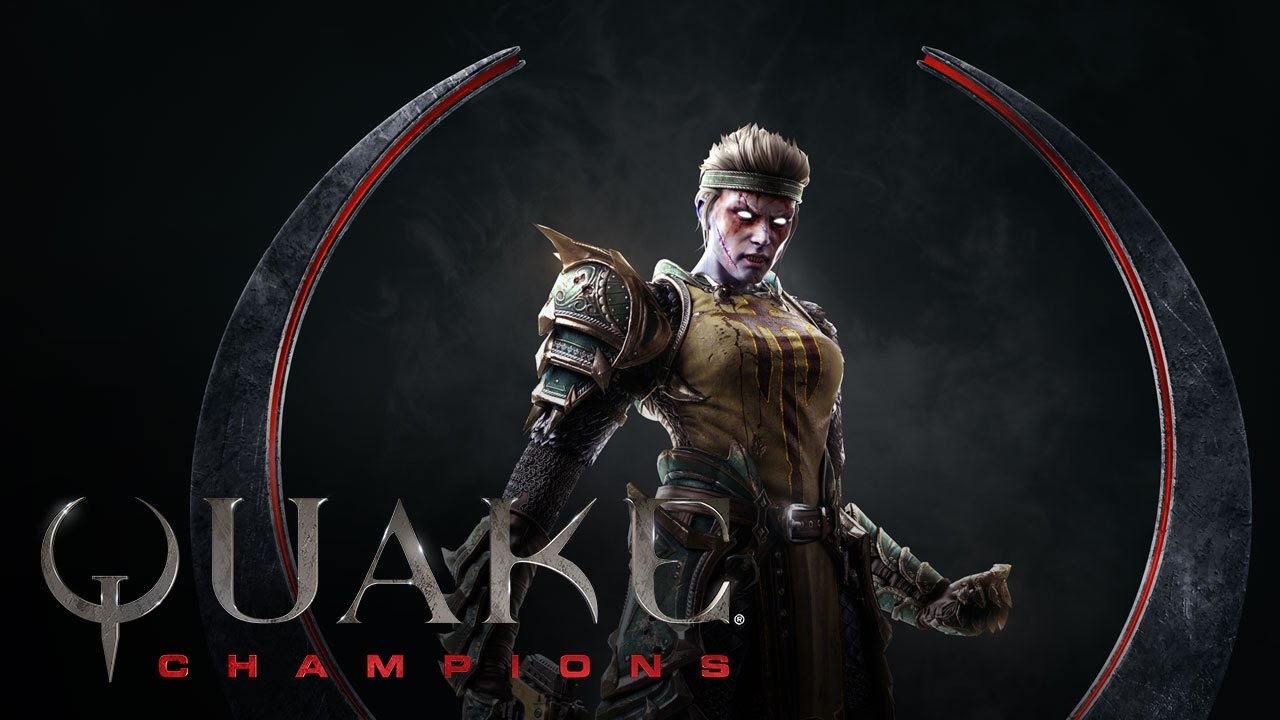 You get to play some of the most iconic characters from Bethesda like Doomguy who also made an appearance in Quake III Arena and BJ from the Wolfenstein series. At first I thought they were just going to be cosmetic, meaning there’s no difference whatsoever on who you pick. But looking closely at each character, I found out that each of them has varying stats which most defines their character. They also each have passive abilities and active abilities which can be useful as you go head on against other players.

There are three kinds of queues that you can play in. You can either do a custom game with friends or players online. A quick game that lets you jump in on a game regardless of game mode. And a ranked game which pits you against the best of the best to vie for rankings.

Before you can jump into a quick game though, you need to go through the tutorial. I think it is neat how they added that in to let those players who have never played Quake get familiar with it. The tutorial basically teaches you all the basics a Quake game can have, the weapons, the movement and the many secrets of the game. 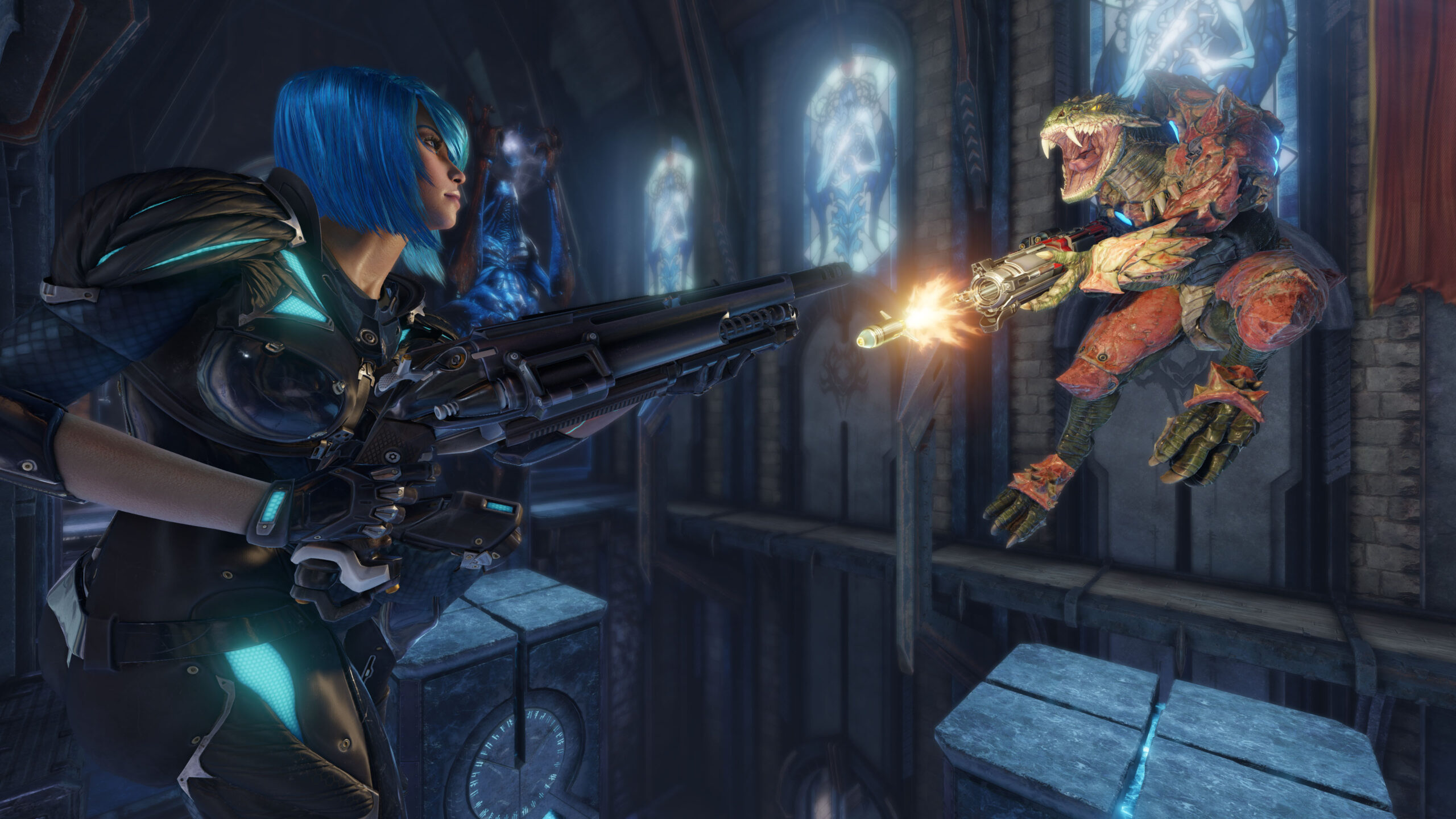 One particular feature is that you can smash up urns and jars in a game to pick up scrolls. These scrolls go towards unlocking a legendary skin for a character. It is random so you don’t necessarily get to choose what scroll you get to pick. I even thought it mattered if you choose a specific character to play when breaking jars but it didn’t. I still got random scrolls for random champions.

For those familiar with Quake, you can still pick up weapons in the arena. As well as health points and shield points. And who can ever forget the Quake icon. The ultimate item that you get to pick up in the game. It basically makes you invulnerable for a few seconds so you can take out all the enemies surrounding you. Don’t worry though, they only spawn from time to time and they don’t really last that long but of course in a game like Quake, a few seconds can already mean eternity.

There are three game modes in Quake Champions. These are Deathmatch, Team Deathmatch, 1v1, and a Treasure Game Mode. All of these game modes are very straightforward but what is most interesting is the Treasure one. In the Treasure Game mode, you try to pick up a treasure that spawns in the middle of the map and bring it back to your team’s base. Should you get killed before reaching the base, the treasure drops and the enemy team has a chance to steal it. You then try to steal as much treasure before time runs out. This is kind of similar to other games as well but with the chaos that Quake brings to the table, it becomes more fun and engaging. 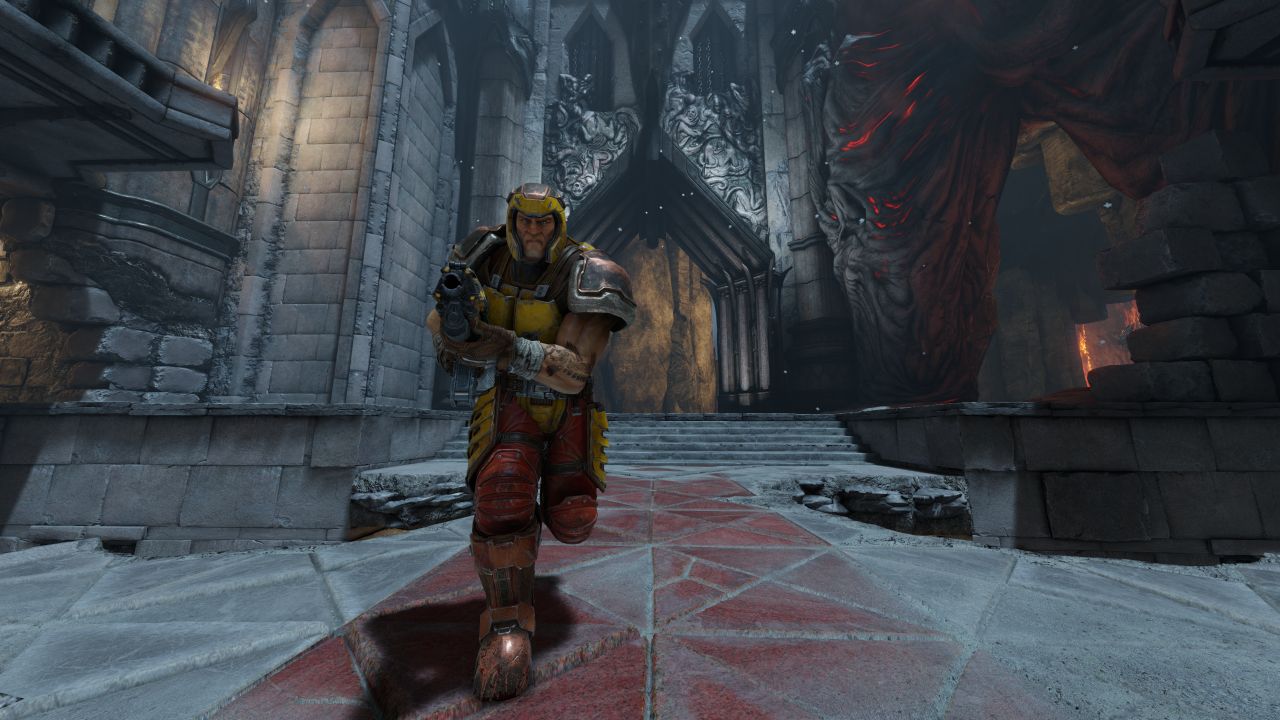 Your account also levels up through experience points you get everytime you play. When you level up, you then get a free chest that you can open up and get various rewards like skins for your character or skins for your guns. There are also three types of chest that you can purchase. The first one is purchasable by the ingame currency that you earn per game. While the two others are purchasable by currency that you have to purchase with money.

Before you jump into a game, the game first asks you which server to connect. I was a bit disappointed that there was no dedicated server for the Philippines but the closest one was Singapore and even that had a ping of about a 100ms. It seems stable enough but sometimes it drops and sometimes rubber banding happens. So there were times I wasn’t enjoying the gameplay. I do hope that they could at least include an offline mode so you can play the game  without lag.

Quake Champions was a nice trip down memory lane. I still remember the days I was playing with Quake II and all the fun and chaos it brought into our lives. This became a nice callback but I feel like with games like Overwatch already popular, it remains to be seen how successful Quake Champions can become. It’s a good thing they have a tournament going on as it’s probably the only thing that will keep the game alive. But I do say it’s a fun game to play again.