This remaster is the definitive Quake experience. 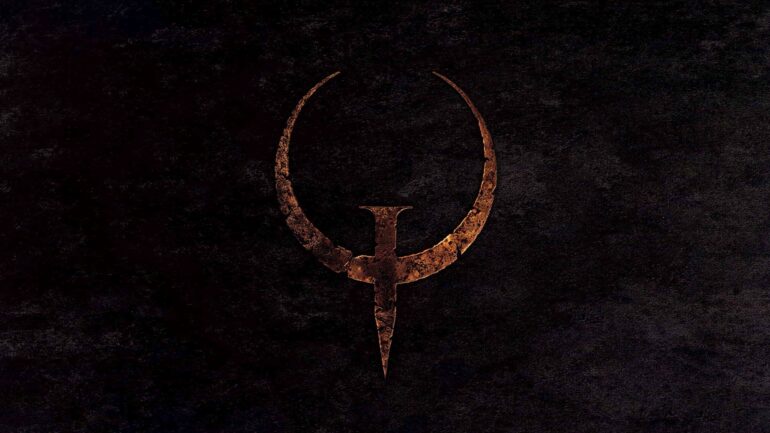 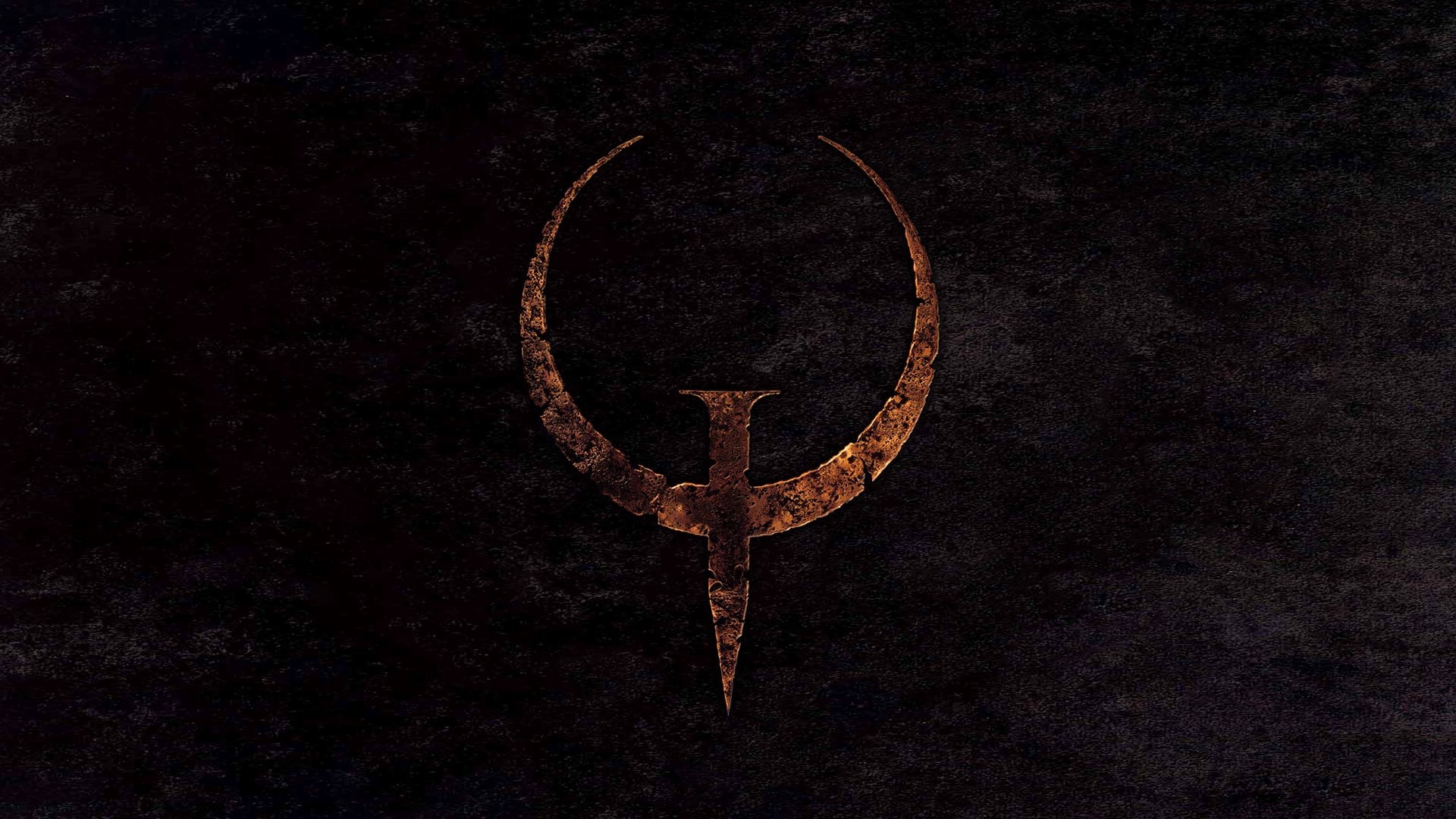 Quake is a milestone in the FPS genre. When the game was released back in 1996, it was one of the first real 3D games ever released. The game spawned a franchise with six games with many expansions and countless mods. Quake and its deathmatch essentially invented online multiplayer which is something that still dominates the video game industry to this very day. Quake has a massive and enduring legacy, a legacy that sometimes overshadows the game itself.

25 years have passed since the original’s release and the series, for the most part, is fragmented and dormant. The last Quake game was Quake Champions, a free to play multiplayer game which barely maintained a thousand active players per day and the game has been in early access for five years now as of 2021. Even though the legacy of the game is still more alive than ever, the series itself has not been active as of late. This is the environment in which the remaster of the original Quake was announced by id Software and Machine Games at Quakecon 2021. This remaster was developed by Nightdive Studios and had new content from Machine Games added for this occasion. The remaster incudes enhanced graphics, original expansion packs, crossplay and online multiplayer, split-screen and co-op with a few more add-ons.

Personally, I have only played the base game once and barely remember anything about the others. This remaster is the first time I really explored the game and its various expansions.

Quake on a surface level is very basic. Just like original Doom, there are labyrinthine levels with health packs, ammo pickups, and key hunting as one discovers secrets. The game is also vague with its story; only that we play as an unnamed protagonist sent into a portal in order to stop an enemy codenamed “Quake”. But this is where the game becomes something unique without just being a 3-D Doom clone.

The enemies in the game have a Lovecraftian theme of unnamable and unimaginable horror to them. And the blocky graphics of the game compliment its themes as perfectly as we, the players, can recognize each enemy but the details are left to the imagination. This is only enhanced tenfold by a phenomenal sound track from Trent Reznor and his band, Nine Inch Nails. All this along with the environments of the level give the game a moody and visceral atmosphere which still stands as a very unique experience. For me, the closest someone has come to recreating this atmosphere is with the retro inspired shooter, Dusk, back in 2018.

All the atmosphere in the world cannot make a game good if the gameplay sucks. But Quake does not falter in this regard at all. All the guns feel beefy and great to fire as the player’s fast movement and agility allows for the dodging of the mostly projectile based enemies. It becomes a beautiful game of dodging enemy fire while dealing damage yourself. Different weapons work better on different enemies with nail guns and lightning guns staggering most enemies while the super shotgun can make many of the rushing enemies fall down quick, giving more opportunities for the player to counter them. There are many more ways in which weapons interact with enemies and movement that are worth discovering for yourself if you have never played the game before. The levels, even though a bit maze like, is very easy to navigate and are really well paced.

The only change made to the gameplay in the remaster is the addition of a weapon wheel similar to that of the newer Doom games which doesn’t really change the flow of the combat and just makes it flow more fluidly, in my opinion.

Quake has four episodes with the goal of collecting runes from the end of each of them. All of these can be played on four difficulties. These episodes can be selected in whatever order the player wants in a physical episode and difficulty select hub worlds. The order in which they are to be played is stated by the game. Once all runes are collected, the final level is unlocked for the conclusion of the game.

On the whole, the original Quake holds up surprisingly well in terms of its gameplay, movement, music, and atmosphere. The story is almost non-existent but that is to be expected from a shooter of a bygone era. In some ways, the game is complemented due to its sparse story moments. Quake is still a game worth experiencing, even after all these years.

Mission Pack 1: Scourge of Armagon is the first official mission pack for Quake, developed by Hipnotic Software and was released in early 1997. This expansion follows events after the conclusion of the main game where our unnamed protagonist returns home to find Armagon has been taken over by Quake’s forces and plans on destroying Earth using the Rift. So there we go again to put a stop to Armagon.

The expansion has three new episodes, each of which having four to five levels. In these episodes, the player slowly moves from military bases to dark haunting cathedrals as we get closer to Armagon. There are three new enemies to encounter, along with three new weapons, with the proximity grenade launcher being my favorite.

This expansion pack looks better than the base game in terms of its varied environments but now the unique atmosphere which was present before is a bit lost as this feels more closer to the action themes of Doom as the soundtrack for this expansion also leans more into that. The fights are tougher as the expansion expands on the already great combat of the original with the introduction new enemies and weapons.

On the whole, Scourge of Armagon is a fun and interesting addition to Quake as it explores the combat potential of the game.

Just as the other expansion, the game looks great with its own hub world for mission select with two episodes with 7 to 8 levels in each. The game is entirely set in castle-like buildings, unlike the previous expansion. And some of these environments are beautiful.

Similar to before, there is an addition of many enemies. Unfortunately, the enemies and guns from the first expansion are not carried over. There are about seven new enemies and almost everyone of the base game guns now has lava counterparts and their counterparts to different things with. For example, a new grenade launcher releasing multiple grenades. With the weapons and enemies, the combat is even more intense than that of the expansion or the base game and is a challenge on harder difficulties.

In the end, Dissolution of Eternity is a great addition that adds and varies up the combat of the base game and the previous expansion in a fun way.

Dimension of the Past

Dimension of the Past is an add-on episode for Quake developed by Machine Games, to commemorate the game’s 20th anniversary.

This expansion/add-on episode builds, not on the expansion, but rather the original game. So all the new enemies and weapons form those expansions are absent and the game predominantly builds on the atmosphere of the base game and not the combat like what the other expansions did. It has eleven new levels including the secret ones.

As this was made twenty years from the original, the episode is beautiful in terms of its art style and presentation of its spaces in this old Quake engine. This episode reuses the great soundtrack of the original.

Dimension of the Past is an interesting expansion of the base game of Quake as it tries to invoke the atmosphere of the original, unlike the previous expansions which wanted to expand on its combat.

Dimension of the Machine

Developed by Machine Games, Dimension of the Machine is a brand-new expansion episode released for the Quake remaster.

This builds on the previous expansion made by Machine Games and on the atmosphere of the original. There are no new guns or enemies to speak of, but the shear scale of the environments and the comparatively huge number of enemies we have to fight makes this expansion varied and intense.

There are about twelve new levels which are themselves divided into five main episodes where each of them is selected similar to the original game in order to open a portal to the big bad of the expansion. Each of these episodes has grand themes which are unique to it.

And due to this, the expansion builds its own unique atmosphere while still retaining the core fun gameplay of Quake. It’s not all perfect as sometimes it may get overwhelming as the game just throws harder enemies at an early stage. and sometimes there are clunky platforming sections which feel a bit clunky in the Quake engine. But on the whole, these are nitpicks on what is an otherwise excellent expansion for Quake.

Firstly, Quake now has online matchmaking. The game mode is seemingly a recreation of the deathmatch from the original and, as to be expected from the game that started it all, deathmatch is fun, albeit basic. It is great to play some classic arena matches in Quake mindlessly, but on top of that, most of its sequels have built on it greatly. This does not mean that this is a bad thing. Rather, it is just showing its age for being the first real online multiplayer game.

Along with the base game, there is an option for add-ons in the new remaster. Similar to the Doom rerelease, this will be for various curated mods along with unlikely versions of Quake to be released on. As of now, this Add-on only has Quake 64 on it, which was the port of the game for the Nintendo 64. This version has changes made to the levels to allow it to run on other hardware and also features a different soundtrack made by Aubrey Hodges. This is an interesting port of the game which is available for all to experience with this remaster. It will be interesting to see what will be added to this in the future as all the add-ons will be free and available to all who have the remaster.

Quake is a game with an overwhelming legacy, and playing this remaster makes one see why it got that; with its spectacular atmosphere, music, gunplay and, movement Quake is a classic that still holds up and in terms of atmosphere. All its expansions feel like a extension of the game itself and are worth playing through. The remaster also has great additions with add-ons and online multiplayer which embraces and celebrates the legacy of the game. Quake still stands strong as a game which is worthy of every bit of its enduring legacy.

Quake (2021) is available on PS4, PS5, Nintendo Switch, Xbox One, Xbox Series X/S, and PC. For players who had the base game on PC before as this will be a free update.

Quake Remaster – Review
Score Definition
Almost perfect if not for the nitty-gritty. If it’s quite there but not enough to push the boundaries, it’s still an awesome game.
Pros
Excellent Atmosphere
Solid and simple yet deep gameplay
Spectacular soundtrack that enhances the experience
Expansions compliment the base game with their unique emphasis on combat or atmosphere
Cons
Multiplayer shows its age
9.5
Excellent