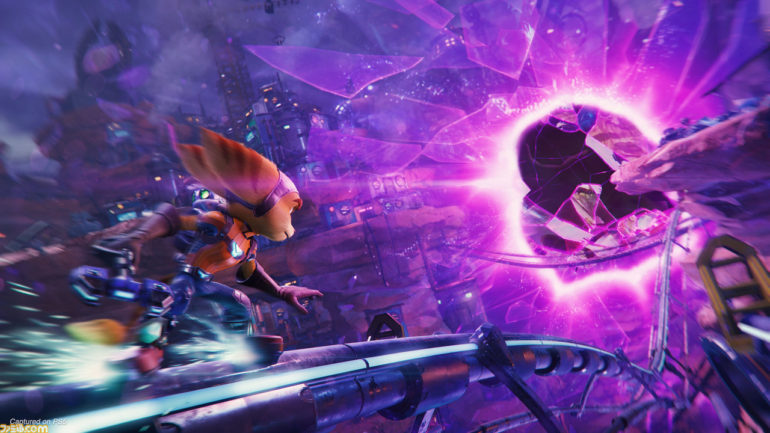 Creative Director Marcus Smith recently shared with The Washington Post in an exclusive interview about how sound has evolved with the PS5’s 3D audio feature and what it does for their game.

According to Smith and Insomniac Games, Rift Apart is a uniquely immersive experience that is greatly bolstered by next-gen technology. This includes the 3D audio feature, which makes the gameplay experience even way better than previous titles of Ratchet & Clank. Aside from feeling the action on your hands, you can also hear and “feel” the sound coming from all around you within the virtual world.

“You’re hearing things that sound like they’re as dense as you would expect,” Smith said. “You can hear it in the world and know where it’s coming from.”

With just the senses of touch and hearing, the imagination runs wild pairing it with beautiful and smoothly rendered visuals without loading screens. Now if this game becomes VR, who knows how immersive it will become that it would “feel” real. Haptic feedback for feeling that gameplay action, immersive and continuous visuals in front of your eyeballs and 3D sound that it would almost make you think you are in the game. Imagine that feeling.