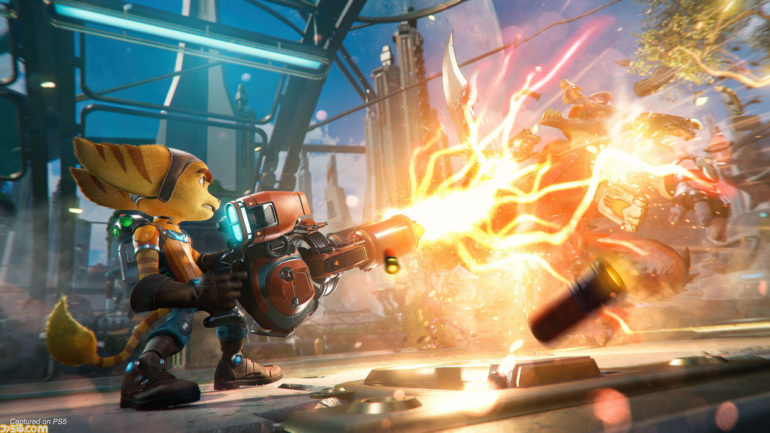 The extended gameplay video of upcoming video game Ratchet & Clank: Rift Apart showcased more content to watch and was uncut. Fans were able to see how this new iteration has improved and what can be expected when it launches soon.

One significant change in this new game is the visuals that are far better than its predecessors. In a recent interview with Famitsu, Insomniac Games’ Creative Director Marcus Smith and Director Mike Daily shared some information about those changes.

When asked about the lighting in the game, Smith revealed that they have incorporated raytracing technology in it. This is the ability to realize realistic lighting, shadows, and effects that are based on the laws of reality. Clank, for example, is rather shiny now with proper realistic lighting. Smith also emphasizes that other objects and backgrounds are also affected with this technology, making it quite realistic even if it is gameplay.

Smith also mentioned that Ratchet’s fur is now quite soft and “fluffy” with the new technology and the power of the PlayStation 5’s SSD. It would flutter together with his actions. He does assure that the fun of the franchise has not changed with this iteration and this new technology does not impede that.

In related news, Insomniac Games recently confirmed that the game offers the option to have 60FPS on gameplay.

Ratchet & Clank: Rift Apart will launch exclusively on PlayStation 5 and might be available sometime in the holiday season.