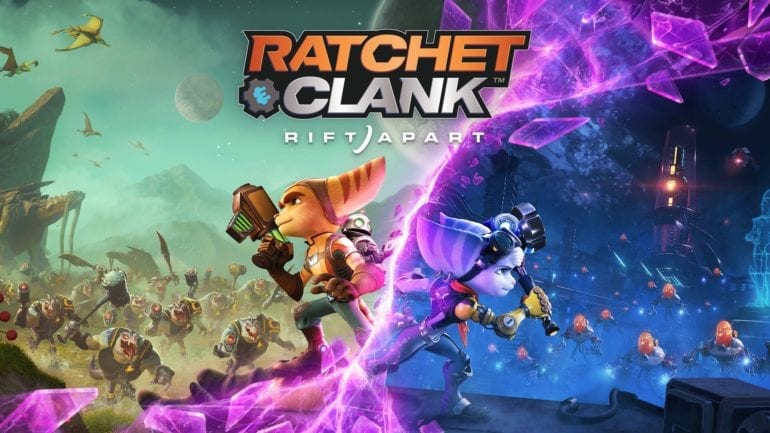 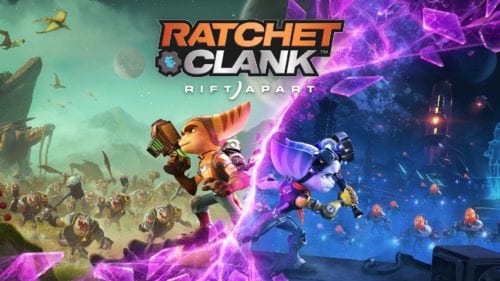 This year has proven difficult for die-hard Sony fans to get their hands on a PS5, with scalpers being the main problem of the evident next-generation consoles scarcity and plastering an insane price tag. Fans of Insomniac Games’ platformer, Ratchet & Clank, may foster more of that unbearing hate on PS5 resellers. Rift Apart, the sequel of the 2016 reboot, proves to be a worthy PS5 game even with that new $70 price tag but it’s not enough of a justification to purchase a $1000 PS5 from a scalper.

Once a mere cartoony third-person sci-fi adventure platformer, Ratchet & Clank: Rift Apart is already a PlayStation blockbuster hit after playing it. With Insomniac Games’ talented developers that gave us Marvel’s Spider-Man and its standalone spin-off, Miles Morales, you wouldn’t think twice about buying the game, more of which I would call an Insomniac staple.

So if you’re one of those types of gamers who’s into lifelike games such as Uncharted, The Last of Us, and Marvel’s Spider-Man in terms of visuals, Ratchet & Clank: Rift Apart levels the playing field with its stunning Pixar-like visuals.

Rift Apart starts years off where the 2016 reboot ended, with our beloved Lombax, Ratchet, and his tiny metal partner, Clank, celebrating the Festival of Heroes on the planet Megalopolis. As part of the celebration, Clank gifted his best friend with a device that could travel through dimensions for their quest to find the other Lombaxes, however, that didn’t stop the treachery and main antagonist, mad evil scientist, Dr. Nefarious, from disrupting such a momentous event.

As the duo battles Nefarious throughout Megalopolis, Ratchet accidentally shoots the dimension opener device, called the Dimensionator, destroying it causes the dimensional collapse throughout the different universes. With the dimensions’ safety under threat, the duo is out to fix the cataclysmic event before it’s too late.

Rift Apart’s plot is new, and it’s great. The studio didn’t take any references from any of its existing catalog of Ratchet & Clank games aside from introducing a white, female Lombax named Rivet. While the narrative direction finds itself to still hold the battle between the “good and evil” formula, it’s executed well with good-pacing, better voice portrayals of its characters (notably Nefarious’ witty, loud, and mouthful voice acting), and its predictable yet climactic ending.

There are lore audio-tapes spread out in one of the planets about the Lombax race. While it’s not part of the main story, I’ve come to find it more intriguing to know what happened to Ratchet’s kind over the main plot. There are about 12 Lorbs to find, each would share some of the Lombax’s historic moments, with the last Lorb that appears to be like an audio teaser of what’s next in store for the duo. I may be overthinking it but Insomniac might have plans to expand the Ratchet & Clank universe in the future, it’s definitely a story I would like to have for its sequel, probably even a standalone spin-off.

Rift Apart wouldn’t be a “Ratchet & Clank” game if it doesn’t have its most iconic feature: its insanely vast arsenal of weapons. This is an action-adventure shooter game after all, but the franchise is well known for all its wild guns. There are about 20 weapons, with one that you eventually unlock after you find all ten Spybots, which pits you with well-balanced obstacles that can also prove to be challenging at times; and two more when you start “Challenge Mode, the game’s new game plus.

This is what I love about the franchise, the wide array of interesting weapons. The game offers tons of them and can be quite overwhelming if you are new to Ratchet & Clank. Each of them feels unique, they give you different kinds of effects like the Doombringer which summons little minion bots that bite off its target. You will also have a classic rocket launcher called the Warmonger that packs a real kick to the balls, and even a weapon that would disable goons by freezing them into ice cubes with the Cold Snap.

I can easily swap them by holding the Triangle button that pauses the game and pops out a weapon wheel. This gave me the opportunity to experiment with a lot of them, making the combat engaging and satisfyingly entertaining. It had me constantly swap between the Negatron Collider after stunning a batch of enemies with the Lightning Strike with a chain effect that immobilizes anything within its radius and closing the battle in a huge bang with the Warmonger rocket launcher.

The DualSense’s haptic feedback and adaptive triggers ended up being what we expected. As I pull the trigger of the Blast Pistol, when the fire rate rapidly increases, the R2 trigger will kick back according to the weapon’s blast. Otherwise, when I decided to shoot the weapon at a single-fire rate, I felt the resistance of the trigger. Insomniac fully utilized the DualSense’s feature and as result, the controller gives off that immersive experience.

Rift Apart still maintains the core concept of its 2002 original predecessor and the succeeding entries. Nothing has immensely changed when it comes to its tight and challenging puzzles and enjoyable platforming sections.

With the addition of dash and magnetic boots, Ratchet and Rivet are able to move through various places into new heights without issues. Plus, the newly added Rift Tether mechanic adds more mobility to our playable Lombaxes. I can easily escape unwinnable battles, put myself into a better position to take a breather then re-engage the enemies in battle.

It may be disappointing for people who are expecting to see Rivet having her own set of abilities. The female Lombax shares a similar combat design and arsenal of weapons to Ratchet.

So let’s talk about the heavily marketed character in the Rift Apart trailers. Nothing is unique about Rivet aside from her quirky, strong-willed personality. While this isn’t entirely a huge problem for some, I, on the other hand, expected more from Rivet’s abilities, like what can she offer that Ratchet can’t? It would have been great to see some unique melee combo or finisher with the use of her Hammer since Ratchet’s wrench can only do so much. But with a Hammer? That’s deadlier than a whackable Wrench. Plus her robotic arm is practically useless, it’s merely used as a plot twist for the sake of adding drama between another character.

Rivet’s presence felt more like a necessary add-on to diversify the characters than giving her distinct perks like a fully playable character. I would have wanted to dismiss this, but it’s difficult not to.

This time, Clank is still playable through mini-games so don’t expect some Secret Agent Clank levels here. You get to solve various puzzles that are stretched through three different levels. An example of this is when Clank attempts to close the broken dimensional rifts.

You have to guide running ghosts of Clank called the “Clank Possibilities” by using Spheres, and there are different kinds like the Lift Sphere. It reduces the gravity so the Clank ghosts can jump to another platform. Another would be the Speed Sphere, which obviously speeds up any Clank ghosts that touch it. Some of these obstacles present a scenario where you have to make use of different Spheres to solve them.

Plus, you also have Glitch that acts as an anti-virus with machine guns in the quest to eradicate unwanted alien-ish-looking programs. These mini-games give a breath of fresh air from huge intense battles, it’s lovely to have them and it doesn’t feel like they’re in the way of progressing the story.

I do, however, feel that Clank is underused. He should have been given one level where I can fully use their abilities. I know Clank acts as a supporting character to pave way for Rivet’s inclusion in the franchise, but I do hope he would be fully playable in certain levels in the next Ratchet & Clank entry.

There are nine planets to explore, with each having its own distinct feature. The first planet, Corson V, is dominated by mechanical civilians in a city where skyscraper neon-lighted buildings reign supreme, while Sargasso has swamps littered with dangerous fauna and toxic waters. After Sargasso, there are no limitations on where you decide to go, but the planets are bound to only a specific Lombax for story purposes. Meaning, you can’t play Rivet in Corson V or as Ratchet in Sargasso.

I was amazed at the hard work that was put into making these locales. They all look beautiful and unique, and the amount of unlockables you get to scavenge is definitely rewarding — these can be Golden Bolt which unlocks different game modifiers, Spybots for each blueprint piece of the ‘ultimate’ weapon’, or Armor pieces.

In these planets, dimensional portals can be found if you’re an explorer just like me. They reward you mostly with armor pieces than Golden Bolts or Spybots. Unfortunately, each dimensional portal usually pits you with platforming puzzles that often feel repetitive, but the armors you get are worth your time. It’s easy and I often find myself looking for these portals to unlock those cool-looking armors that give you permanent upgrades — whether you wear them or not.

It’s remarkable that Insomniac manages to use the SSD capabilities of the PS5. As the game easily loads up a planet almost instantly, one thing that impresses me the most is the real-time rendering of different dimensions. The changing of dimensions is a spectacular showcase of the PS5’s SSDs.

As you go through dimensional portals, it’s a completely different area rendered real-time, and there are no loading screens in between them. On two particular planets, I can swiftly change dimensions by hitting the phase quartz. Assets load in a split second, not affecting the overall performance of the game. While some of the dimensional warps are scripted in nature, like when Ratchet is falling through different dimensions and planets, the environments that load up on-screen showcase how blazingly fast the SSD is.

Ratchet & Clank: Rift Apart is another exciting PS5 exclusive that showcases the console’s spectacular power. Backed with impressive voice actors, an entertaining narrative, and marvelous weapons and combat, Rift Apart is still a system seller despite the underwhelming Rivet gameplay. 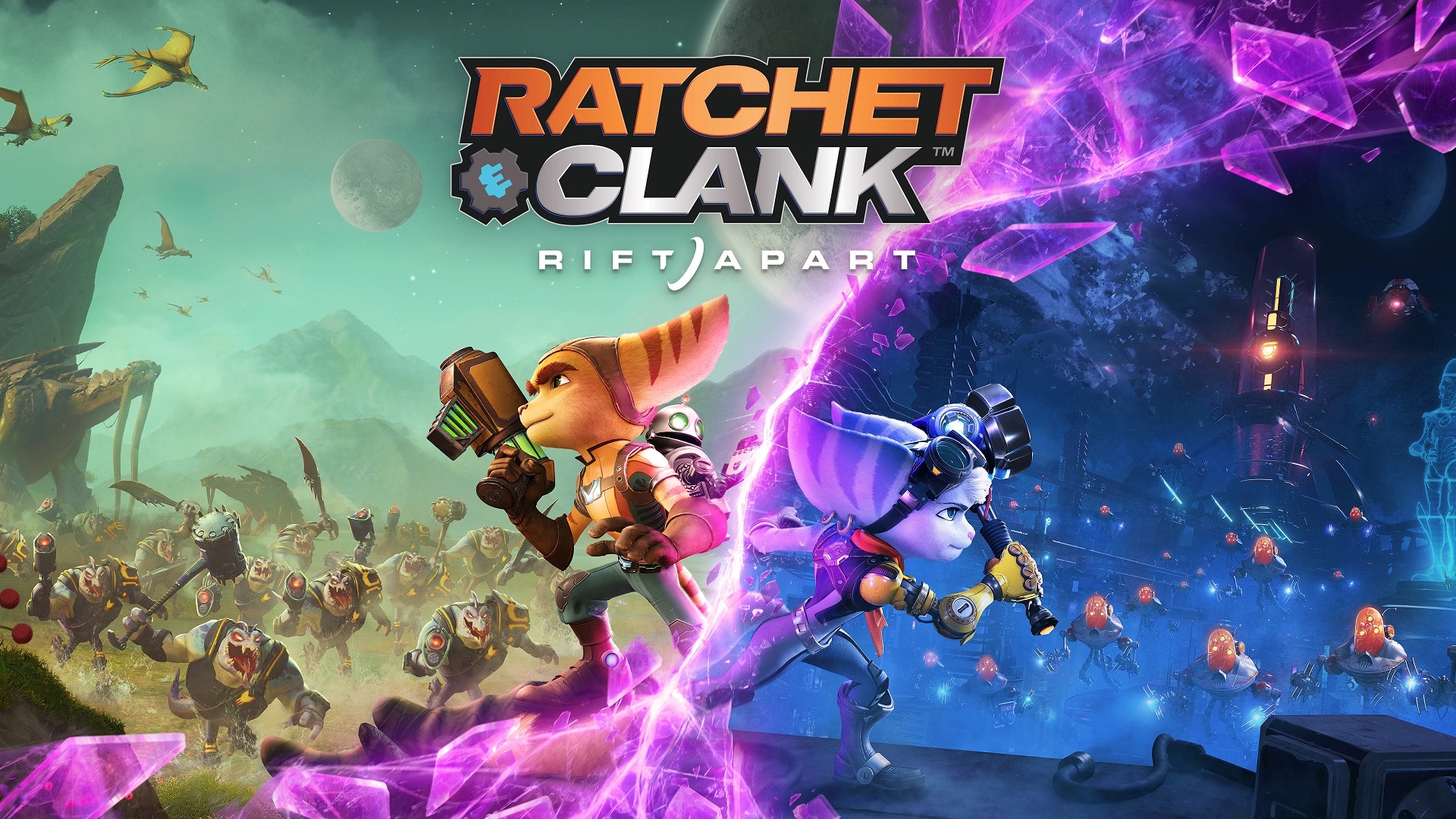