Reasons Why You Should Play The Walking Dead Telltale Game Series 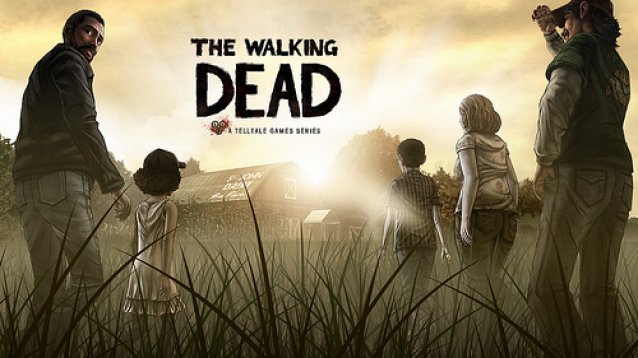 It has been 5 years since Telltale released the first Walking Dead game. This game was probably the game that made Telltale Games popular and made its permanent mark on the planet. So if you’re one of the many people out there who hasn’t tried this game, you’re missing out on a lot of great content. Here are some reasons to convince you why you should play the Walking Dead Telltale Game Series. 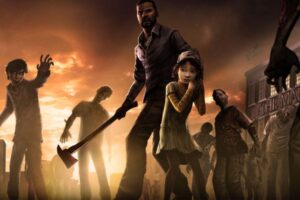 With such great storytelling, this game won numerous awards and just recently won Steam’s very first Steam Awards for the award “I’m not crying, there’s something in my eye” award. I can still remember how I was moved myself by the game’s story. The first game consists of 5 episodes and each episode delivers such a great story, you wouldn’t want to miss out on the upcoming episodes. The twists and turns in each episode makes you feel like you are actually watching a TV series instead of playing a game.

Visual Novel at its Finest 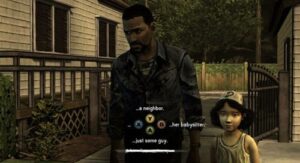 Telltale Games is popular for it’s a choose-your-own-adventure style of gameplay. You are given decisions in key points throughout the game which will tailor your gameplay experience. So it’s really up to you how the story plays out but the game still has an overall story in itself. Just like in other visual novels, you ultimately decide who lives and who dies in this game but it stands out in a way that the game is very interactive and the decisions you make are done in a split-of-a-second approach so most decisions are done on the spot. 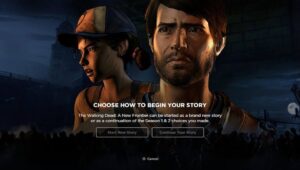 The Walking Dead series has been going on for 3 seasons now. With its third season just recently released last December 19th, 2016. The good thing about their game is that you can carry over your decisions from season 1 up to season 3. This means that you are still continuing the story that you directed from the start of the game up till its recent installment. Your saved game gets uploaded to their cloud and can be downloaded to the latest season so you can continue where you left off in the story. 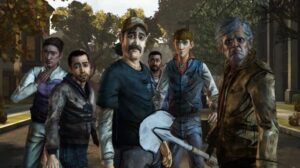 The characters you get from this game are no 2D-rated personas. They’ve got such great character development that you can’t help but feel attached to them in the game. In the first season, you get to encounter the relationship between Clem and Lee. You will actually be growing alongside them and others as you experience what happens to them all throughout the three seasons of the game. Be prepared to lose and gain new characters but more importantly enjoy the feels. 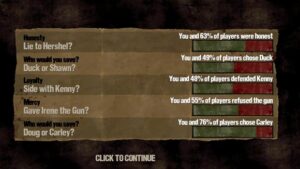 Crowd play is a recent addition to the gameplay and it has been added to the 3rd season of the game. It is basically allowing you to stream the game and then let the viewers decide what option to choose. It’s kind of like a survey since the viewing community decides the game for you. Another thing I like about this game is how they tally all the choices that all the players of the game have made. Your own choices are also added to the list and the game will summarize how many people chose the same decision as you did.

The First Episode is FREE

The starting episode of the 1st and 2nd season are free to download on selected gaming platforms. So why would you not want to try out a game that’s actually not gonna cost you a single cent? If playing the first episode doesn’t even convince you to buy the whole season to find out what happens next, then I don’t know what will.

So there you have it, these are just few of the reasons to play the game. Don’t take my word for it though, it is better that you experience the game on your own and see if it is to your liking. Like I mentioned, the first episode is just free to download so there’s no harm in trying it out 🙂