The first of the three premium editions of the upcoming sequel is the Special Edition that has a price tag of $79.99. It will include two additional missions, which are the Gang Hideout and A Bank Robbery. It will include the Dappled Black Thoroughbred, Talisman and Medallion Gameplay Bonuses, Nuevo Paraiso Gunslinger Outfit, several Gameplay Boosts and Cash Bonuses in Story Mode, and some additional Weapons in Story Mode. It will also have a special slipcover and a physical copy of the game’s world map.

The second premium edition is the Ultimate Edition that can be purchased for only $99.99. This will include all of the contents of the Special Edition plus two Bonus Outfits, a Survivor Camp Theme for online mode, the Black Chestnut Thoroughbred, and additional weapons for online mode. There are also purchases that include a Rank Bonus for the online mode that will rank players up quickly to Rank 25. The package will also include the world map and an exclusive SteelBook case.

The third and final premium edition is the Collector’s Box. Interested buyers will have to purchase this at retail and Rockstar’s Warehouse store page. The contents are contained in a Western-style metal tithing box and are priced for only $99.99, but it does not contain the game. The Collector’s Box will contain a Six Shooter Bandana, a Pin Set, a Treasure Map, Playing Cards, and a double-sided puzzle.

Every special edition (except the Collector’s Box) of the game’s digital pre-orders will include pre-order bonuses. It will contain a cash bonus for the game’s story mode, a War Horse, the Outlaw Survival Kit with in-game bonuses, and a Treasure Map. 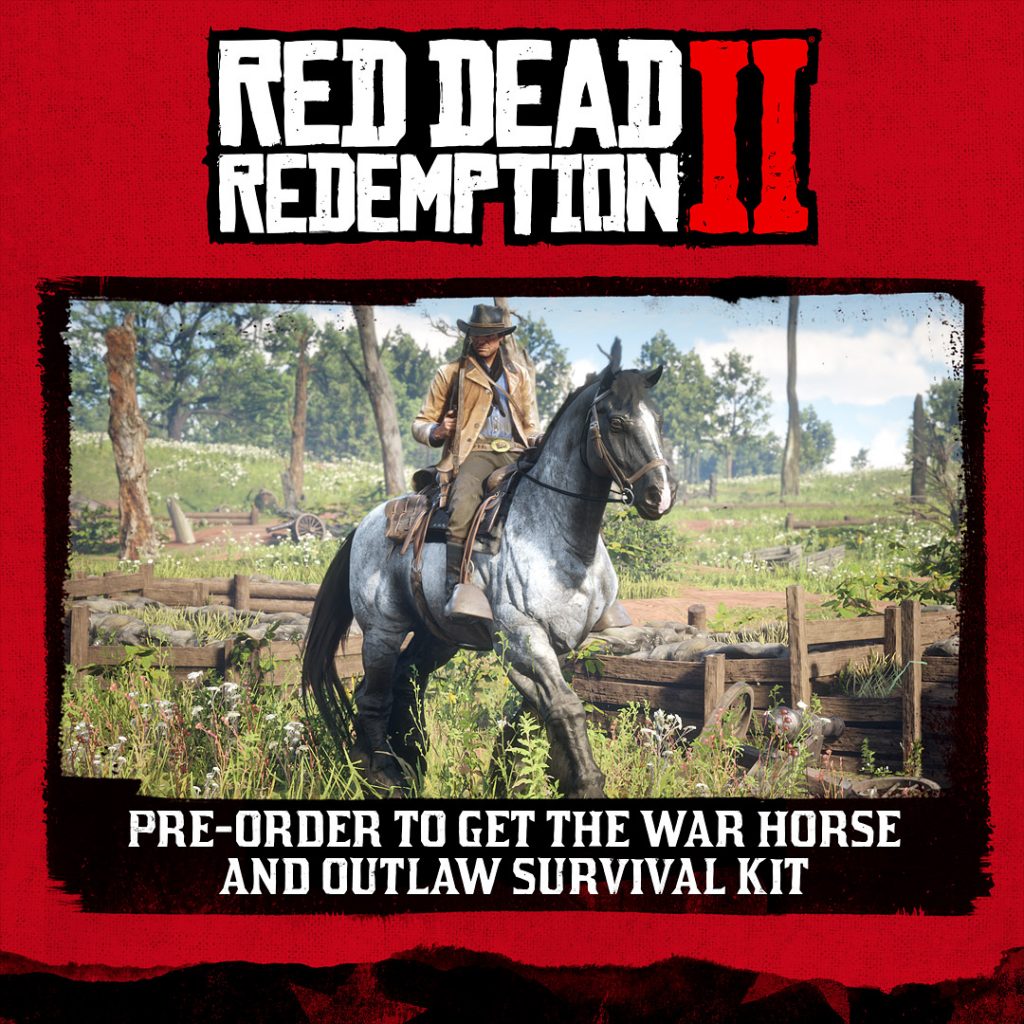 All digital pre-orders will also have a bonus for GTA Online in the form of GTA$. The standard version will gift the players with $500K, the Special Edition with $1M, and the Ultimate Edition with $2M.

The game will launch this coming Oct. 26. It will be available on PlayStation 4 and Xbox One.