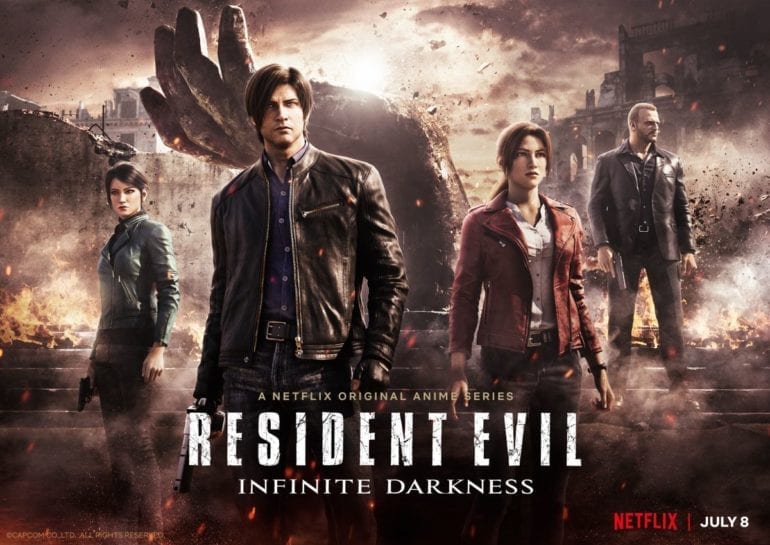 Resident Evil Infinite Darkness is the latest 3D CG animated film and will be aired on Netflix on July 8, 2021.

This series stars two of the main characters from Resident Evil , Leon Kennedy and Claire Redfield, both survivors of the Racoon Incident where millions of people where infected by a virus created by the UMBRELLA Corporation and were turned into zombies or bio weapons. In this series, Leon was assigned to investigate a hacking incident that had occurred in the White House which suddenly leads to another virus outbreak within and is later, reunited with Claire who is working an angle where child draws a bio-terror attack on the other side of the world.