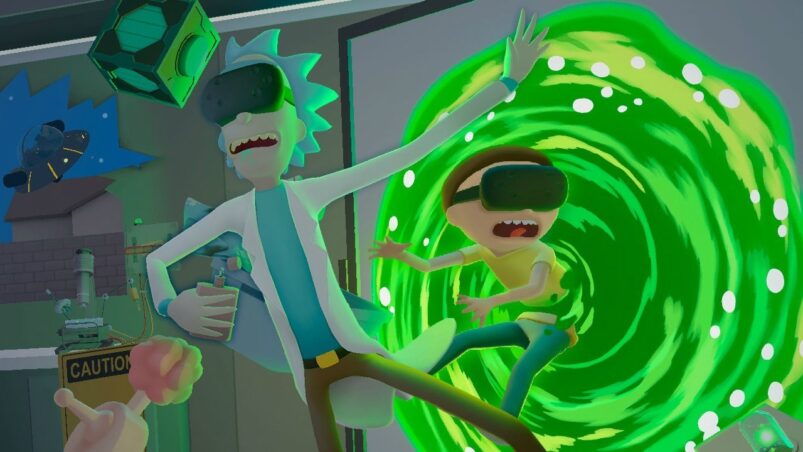 Adult Swim’s Rick and Morty is the perfect vehicle for decent video game adaptations thanks to the hit series biting humor, gift for satire and potentially endless scope.

It’s the kind of world that VR was made for. Which is why when I heard that everyone’s favorite sociopathic scientist and his naive nephew were coming to PSVR in Rick and Morty: Virtual Rick-ality, courtesy of Owlchemy, the folks behind the brilliant Job Simulator, I couldn’t wait to strap on a headset and take a trip to dimension C 137.

In Virtual Rick-ailty Players take on the role of a Clone Morty: Essentially a floating head and hands, which Rick has made to perform mundane tasks.  Leaving players behind to do the laundry and unclog the toilet while Rick and Morty go on dimension hopping adventures.

It’s basically a more advanced version of Job Simulator with Clone Morty completing jobs by solving simple environmental puzzles and making a mess in Rick’s garage while the stars of the show are off doing something far more exciting. Some might find it disappointing, but subverting audience expectations is what the show is famous for, so why would a game adaptation be any different. It’s not like Rick and Morty don’t swing by form time to time to tell you what an awful job your doing, and the Meeseeks are always happy to help.

It’s not all just scrubbing the skid marks out of Morty’s pants though. Your mundane existence is broken up by great set pieces like blasting away at inter-dimensional customs officers and mucking about with satellites while orbiting the Earth.

The campaign is short, lasting a couple of hours tops. There are some post-game challenges and tapes to find, if that’s your thing, but most won’t feel much compulsion to return to Ricks garage for a second playthrough.

The best part is Rick and Morty, themselves, the game feels like an extended episode of the show thanks to the input of the show’s creators Justin Roiland and Dan Harmon, who wrote and provided dialogue for the game. Having Rick and Morty there with you, berating you in a marvellous self-aware manner that often breaks the fourth wall, with them ranting about videogames, and eventually the game they are in, is a masterstroke, and is laugh out loud funny, with the same acerbic wit that makes the show so entertaining. As a result, it feels like a genuine extension of the show rather than a cynical tie-in.

Released on the VIVE and Oculus last year, Rick and Morty: Virtual Rick-ality was made with full room VR in mind. This unfortunately is something that the PSVR is not very good at. A new floating move helps bring items up from the floor to make them easier to pick up, but there are times that the limited tracking of the PSVR can become a problem.

It also demands a garage-sized play space. I have a relatively big area for VR in my living room, yet I still found myself bumping into the sofa and knocking things off shelves. (and not just in-game)

Rick and Morty: Virtual Rick-ality is a great adaptation, bringing the twisted humor and fantastical world of Rick and Morty to life in a unique way that only VR is capable of. It’s short enough that you can get through it in a single sitting. However, other than a few surprises for hardcore fans, and puzzle enthusiasts, there’s little reason to come back to C 147 after the credits roll. (It’s gone to hell since the Cronenburgs took over anyway) 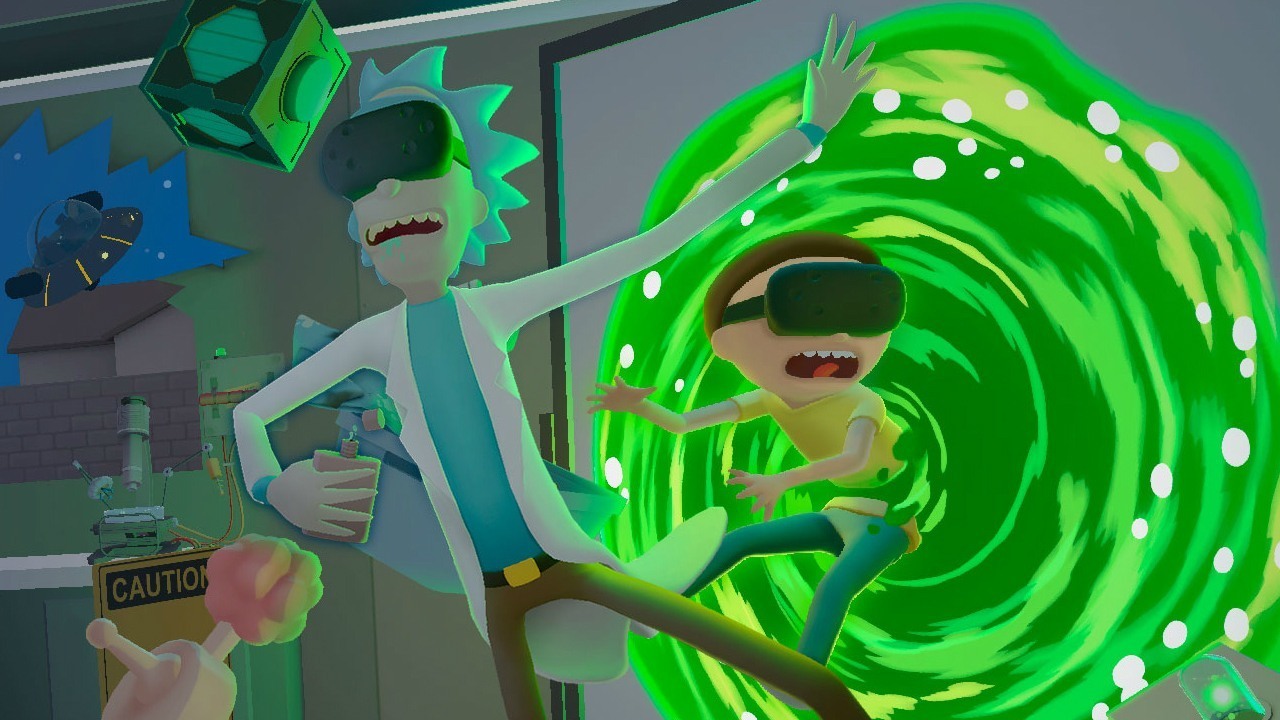 Rick and Morty: Virtual Rick-ality - Review
Score Definition
We tell you, it’s a good game! It’s not average! It might have some problems here and there, but you have to admit it is a “Good” game.
Pros
Perfectly captures the look and feel of the series
Script written by Rick and Morty creators
Puzzles require a little lateral thinking
Cons
Very short
PSVR has trouble keeping up with the action
Needs a large play space -prepare to walk into your furniture!
7.6
Good