Road 96 Out Now on PC and Nintendo Switch 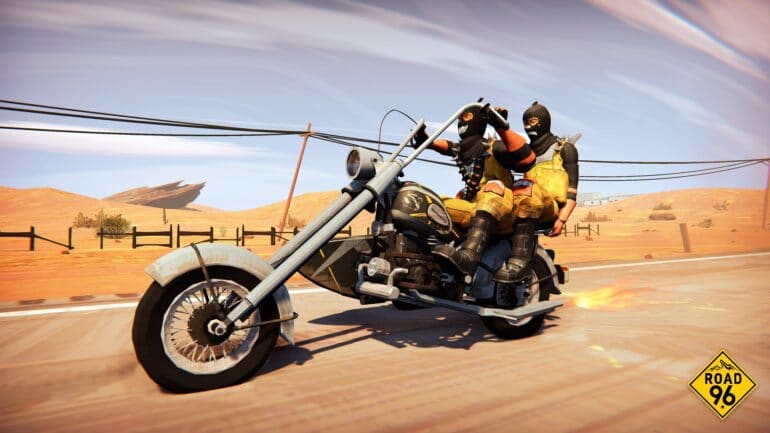 The game is now available on Nintendo Switch and PC via GOG, Steam, and Epic Games Store with a price of only $19.96 USD. It is also available as part of the Hitchhiker bundle with the OST that features 9 artists and an original Game eBook that contains the key stories from 10 years before then events happening in the main game for only $29.91 USD.

Road 96 is a procedural ever-evolving story-driven adventure game with survival elements where players have to escape a country that is ruled by an authoritarian regime now close in collapsing.

The author of the Road 96: Prologue, Pierre Corbinais shared that the eBook is a story of the three characters in the game, who are haunted by their past. It is in a Choose your own adventure format where readers can choose how it all goes down.

Yoan Fanise, CEO and Creative Director at DigixArt, revealed that Pierre was chosen to do the eBook to reveal the events that happened before what happened in the main game, which is 10 years before. She is also an industry veteran who was involved in Valiant Hearts and Memories Retold.