Shadow Tactics – Blades of the Shogun: News from GDC 2016 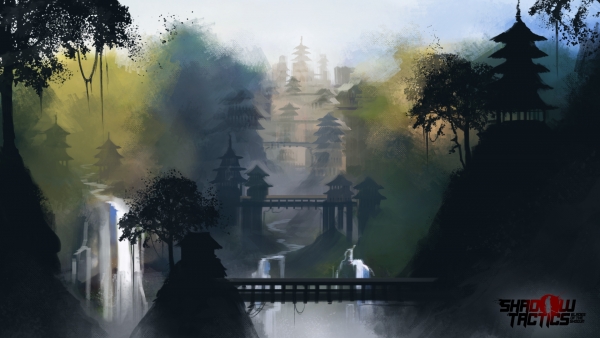 At this year’s GDC in San Francisco, Daedalic Entertainment and Mimimi Productions announce their cooperation on Shadow Tactics – Blades of the Shogun, a real-time tactics game with stealth elements.

Shadow Tactics – Blades of the Shogun comes with a special setting: The Edo period of ancient Japan, time of the Shogun, Ninjas and Samurai. In roughly 25 hours of game-play, five characters take on challenging missions. Each of them has a very specific skill-set: while the Samurai can fight several enemies at once, the Ninja is much more agile and hard to detect by enemies. Only those who know the strengths and weaknesses of each the five characters can use them effectively in each mission.

Daedalic Entertainment and Mimimi Productions will release Shadow Tactics – Blades of the Shogun in Q4 2016 for PC, Mac, Linux as well as PlayStation®4 and Xbox One™.

In the year 1615, a new Shogun rises to power in Japan and strives to bring peace to the realm. In his battle against rebellion he recruits five specialists with extraordinary skills for assassination, sabotage and espionage.

Part of this team is Hayato, an agile Ninja who artfully defeats his enemies one by one from the cover of the shadows. Samurai Mugen fights with more strength. As the tank of the group, he can take on several enemies at once, at the expense of his agility. Aiko the Geisha is a master of camouflage and distraction, trapper Yuki is specialized in traps and deceptions. Takuma, being the eldest of the group, relies on his sniper skills for ranged attacks.

The player has to carefully evaluate his options in order to master the challenging missions: how will the characters behave as a team? Which one is best equipped for each task? How can they best master the given environments? Come up with your own ingenious tactics to vanquish enemies and complete missions.