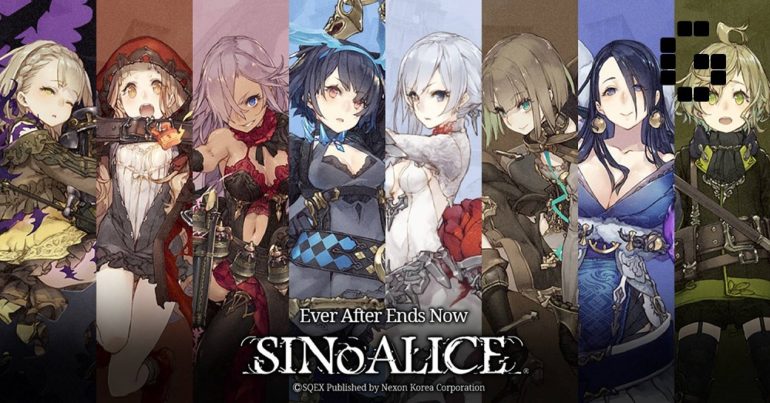 The most anticipated mobile fantasy battle RPG was created by mysterious creative director Yoko Taro and has now launched today on iOS and Android in 139 countries. To thank the more than 2 million players who have pre-registered for the game, the fans will get 14 in-game items and 910 Twilight Crystals, which is enough for three 11-item gacha draws. The rewards will be available inside the present box after finishing the tutorial mode.

Aside from that, there will be free 11 item gachas every day and a running start promotion to celebrate the release. This promotion will also start today. Check out what players can get here:

Collect Alice/Cleric, Cinderella/Breaker, and Pinocchio/Sorcerer. Each class and weapon features its own lore and detailed story. Open a new gacha every day to collect more characters and weapons.
Release Celebration Gacha Availability: July 1 until 10:45 PM PDT on July 15.

For the first 10 days after starting the game, players will receive daily rewards from the Running Start Login Bonus.

A fantasy RPG presented by Pokelabo and Square Enix in the palm of your hand.
The story comes straight from the mind of Yoko Taro, known for his work on the NieR series and Drakengard. Music is produced by Keiichi Okabe/MONACA (NieR series, Drakengard 3). Original character design is done by the up-and-coming illustrator, Jino.