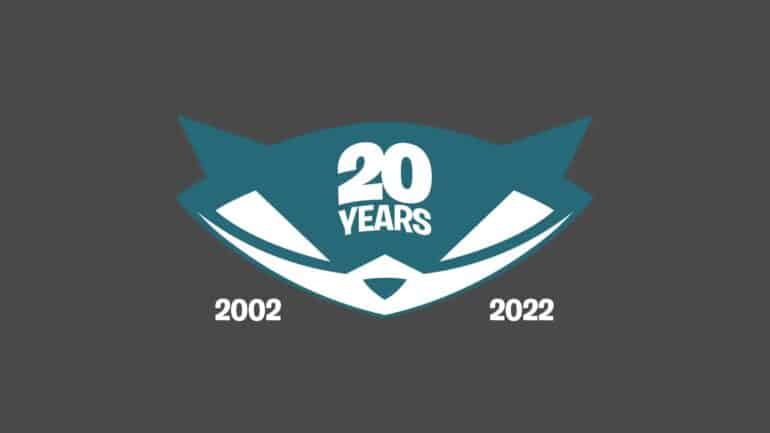 On September 23, 2002, Sucker Punch first shipped the original Sly Cooper game for the PS2 console. The legacy of the Thievius Raccoonus continues on and is celebrated by the studio and fans all over the world.

Sucker Punch also shared some of their memories who helped develop Sly Cooper into the series. Check some of them below:

Doing level design for Sly 1 was a great learning experience. From prototyping using LEGO for the Muggshot rooftop to countless level iterations that took place to get the feel and gameplay just right. I remember so many different variations of levels I worked on that even when I play it now I can be surprised at what the final versions are! – Rob McDaniel, Senior Technical Artist

Back in the Sly Cooper days, the team was much smaller, and as a result each of us got to work on a wide variety of things. It felt great laying out city streets one week, then helping tune pirate ship combat the next. Sly’s cartoon reality allowed us to put in whatever piqued our interest that month. We’d make decisions around whatever got the most laughs. It was a bohemian atmosphere I am deeply grateful to have been a part of. Also, the voice actor who played Bentley (Matt Olsen) worked at a record store near my house. It was cool catching up with him on weekends and getting tips on bands I’d never hear of. – Nate Fox, Creative Director

To celebrate, Sucker Punch has shared some news and revealed new Sly Cooper merchandise. One of those was the revelation of the addition The Sly Collection, Sly Cooper: Thieves in Time, and Bentley’s Hackpack to join the Classics Catalog for Premium members on PS Plus.

The first merchandise that celebrates the 20 years of Sly Cooper is a beautiful original piece of art filled with references and easter eggs. Sucker Punch partnered with Cook and Becker for an ultra-high-quality fine art print of the anniversary art. This is an FSC-certified Radiant White 270gsm paper and will be available in two sizes, which are 28” x 40” version limited and 20” x 28” version. The first version will only be 40 pieces and will be priced $225 USD while the second one will be 150 pieces for only $120 USD. Both versions will only be available while supplies last and will have a Certificate of Authencity signed by artists Dev Madan. The prints will start shipping in early October 2022 and can be pre-ordered here. It will be shipped worldwide.

Shipping for PlayStation Gear is available in the following regions:

Fangamer has also created a brand new Sly Cooper 20th Anniversary Plus, which is 9 inches tall and includes a plush cane that can attach to Sly’s hands via a magnet. It will be shipped worldwide early next year so sign up here to be alerted as soon as orders become available.