Prepare for the August launch with this basic information dump! 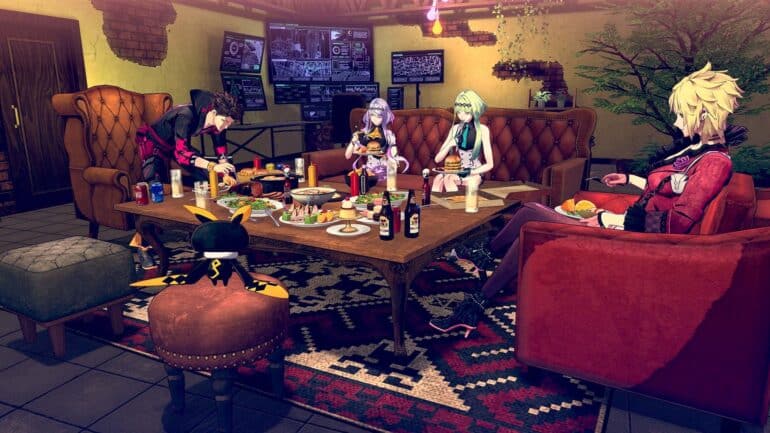 The full name of the trailer is the World Overview Full Explanation trailer if translated. It is narrated by Tomokazu Sugita, according to media outlet Siliconera. He has already narrated a few of the game company’s trailers and the recent one was from Shin Megami Tensei V where he details the demons being introduced daily.

The worldview trailer introduces the game as being set in the mid-21st century. It is where human technology has now stagnated and culture has entered a slow decline. Io, the Singularity, on the other hand is still on the horizon and slowly coming. As a result, technology has now left the hands of its creators and has evolved on its own. Within the communications network Neuron, a new will has appeared: Aion. It has actually predicted the imminent end of the world and it creates two agents to make first contact with humanity, which are Ringo and Figue.

In shadows, there are secret organizations that battle over the Covenant, which is the keyword to change the fate of the world. Devil summoners from both Phantom Society and Yatagarasu fight each other and form contracts with demons to call upon their power. Ring and Figue join into this chaotic battle.

Soul Hackers 2 is now being hailed as the next-gen game that will succeed both the Persona and Shin Megami Tensei franchises. It also reveals a release date with details about its premium editions and pre-order DLC featuring Persona content.

What is the Soul Hackers 2 Release Date?