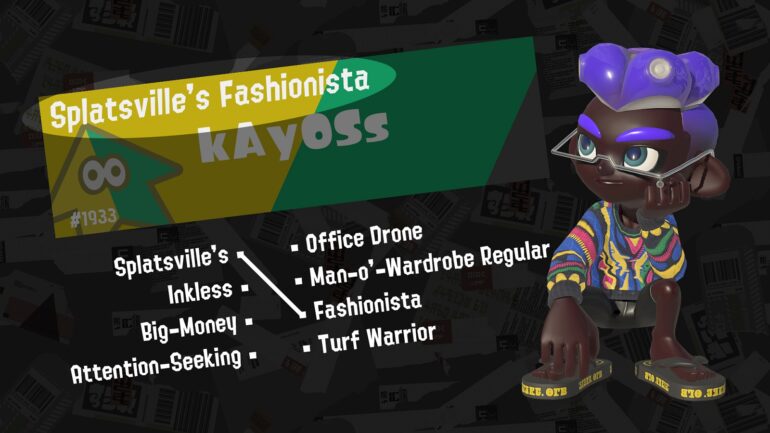 According to the game company, the upcoming sequel offers players the ability to earn titles and set up banners. In the banners, there be a number on the bottom left corner and the player’s name will be in the center. The custom title above it too. Players could also change the background with various options.

The first post on the Splatoon North America shared the various background options to choose from. There are different colors and designs for each banner.

The second post showed the various titles to earn. They can be customized as well by choosing various titles that are earned from Turf Wars. The titles can be matched by pairs to create a unique combination of the two. The one’s mentioned are Splatville’s, Inkless, Big-Money, Attention-Seeking, Office Drone, Man-o’-Wardrobe Regular, Fashionista, and Turf Warrior.

Lastly, the third post showed the new brands coming to Splatoon 3. The new brand is called Barazushi, which is known for its high-quality performance gear. In reality, this outfit does not offer any improvement on performance, but it is for aesthetics.

Splatoon 3 will launch on September 9, 2022. It will be exclusively available on Nintendo Switch.