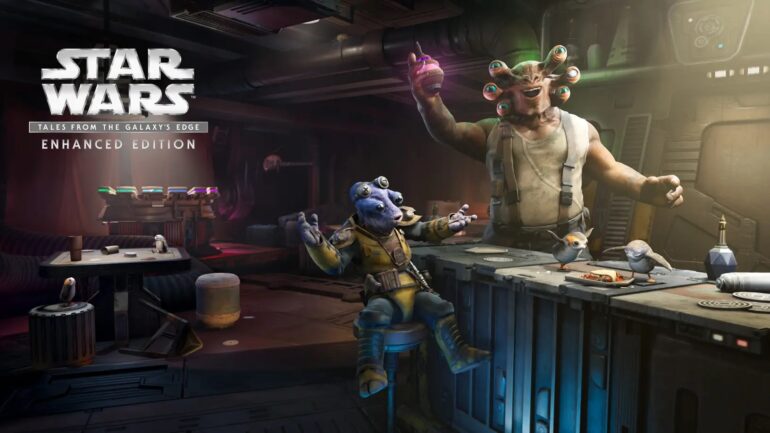 Lucasfilm’s ILMxLab has announced the new Star Wars Tales from the Galaxy’s Edge Enhanced Edition for the PS VR2.

This new enhanced edition has been rebuilt to take advantage of the many enhancements the PS VR2 has to offer.

Players will start their story as a droid repair technician who for some reason gets involved in a grand adventure where they crash land on planet Batuu after getting attacked by the Guavian Death Gang. It then sets a series of extraordinary events that turns them into a hero.

Most of the time, players will be relaxing at Seezelslak’s Cantina and will then be swept to places and times in the Star Wars galaxy via his wild Tales. Players will be able to live out the story of Padawan-turned-Jedi Ady Sun’Zee, and many other tales.

Star Wars Tales from the Galaxy’s Edge Enhanced Edition will be released as the complete experience and its release date to be announced soon.