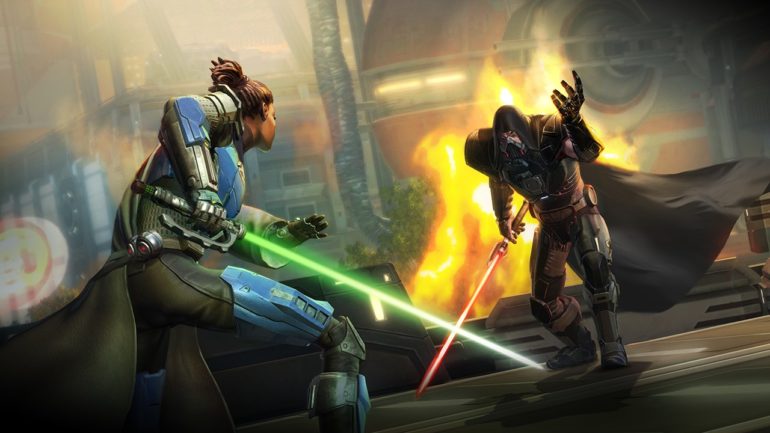 Out of nowhere, the most popular MMORPG based on the Star Wars lore and the only one game closest to being KOTOR 3 just appeared on the Steam platform. This will offer players a new way to enjoy the game, discuss, and experience The Old Republic. It will also allow them to earn trading cards, emoticons, and play their original characters with full cross-save and crossplay on or off the Steam platform.

Check out the features available for the Steam version:

Crossplay and Cross-Save
If you decide to play The Old Republic through Steam instead of the direct SWTOR launcher, all of your progress will carry over when you switch! Likewise, all progress you make on Steam will carry to the next time you play using the direct launcher.

Trading Cards
A majority of games on Steam come with cool and unique Trading Cards! These virtual cards, earned by buying and playing games on Steam, can be crafted into badges that grant Steam-related rewards. Star Wars: The Old Republic has a total of eight Trading Cards featuring notable characters like Darth Malgus, Satele Shan, HK-55, and others! Collect a set of cards to earn items (like emoticons and backgrounds) you can use to customize your Steam profile and account. Trading Cards, along with emoticons and backgrounds, can also be bought and sold on the Steam Marketplace.

With the addition of Star Wars: The Old Republic to Steam, we are excited to welcome new adventurers to a galaxy far, far away! May the Force be with you!