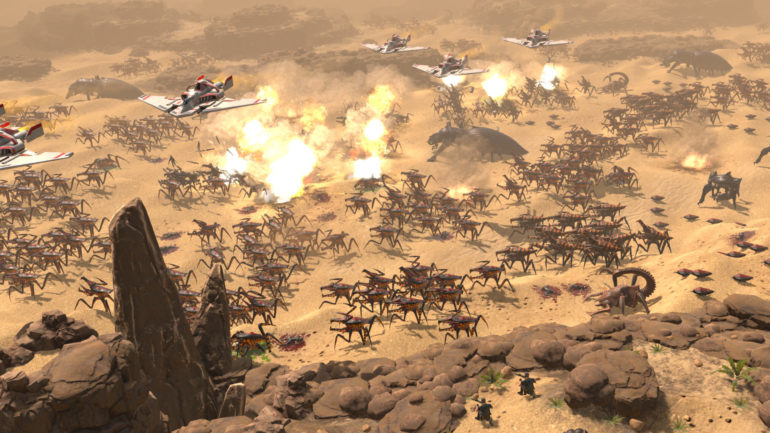 The upcoming survival RTS is based on the first movie and will be launched next year. Players will be fighting against wave after wave of enemy insects trying to end their base. The game studio behind it is The Aristocrats, who were also behind World War 2 wargame Order of Battle.

Terran Command will let players take control over the humans as they fight their way through millions of bugs. The game will be mixed with real-time strategy with tower defense gameplay. Players will have to protect a base and deploy units in strategic locations across the map.

The game will have lots of infantry, mechs, troop carriers, and a variety of bugs. One of the bugs even fires lasers out of its tail. Engineers will be essential in this game as they build fortifications, turrents, and minefields to reduce the numbers of the bugs.

This game will have dynamically generated campaigns that will give players a planet to fight over. Players will have to make ethical choices. They can be a commander that just follows orders to the dot or become a rebel against the Terran Command. Any route will stick unlock new tech that can be used in the campaign and upgrade the leader characters for new abilities.

No release date yet, but it will launch on PC via Steam.