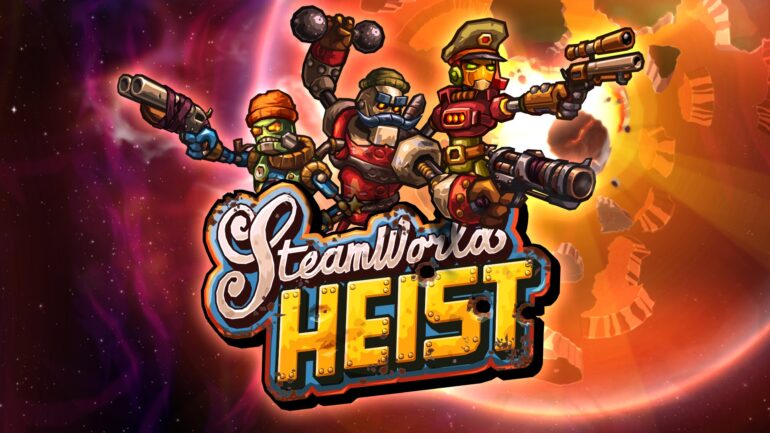 SteamWorld Heist is the follow-up to the ever charming SteamWorld Dig. Many might not know this but Heist is actually the third game in the SteamWorld Franchise. Interesting thing about the SteamWorld games is that each title is very different from each other. If not for the SteamWorld name and the games’ cutesy art-style, you wouldn’t even think that these games are related. The first game was a Tower Defense title on the 3DS, Dig was a spelunky-esque action adventure, and Heist is a tactical turn-based RPG in space.

Heist is set a hundred years after the events of Dig. The world is destroyed, SteamBots are now mining the edge of space and water has become a valuable resource. The government is trying to rebuild the world and is too preoccupied to help the citizen from bandits. This is where you come in. You primarily control Piper Faraday, a smuggler recruiting a ragtag group of SteamBots to join her on a quest of revenge after being captured by bandits. 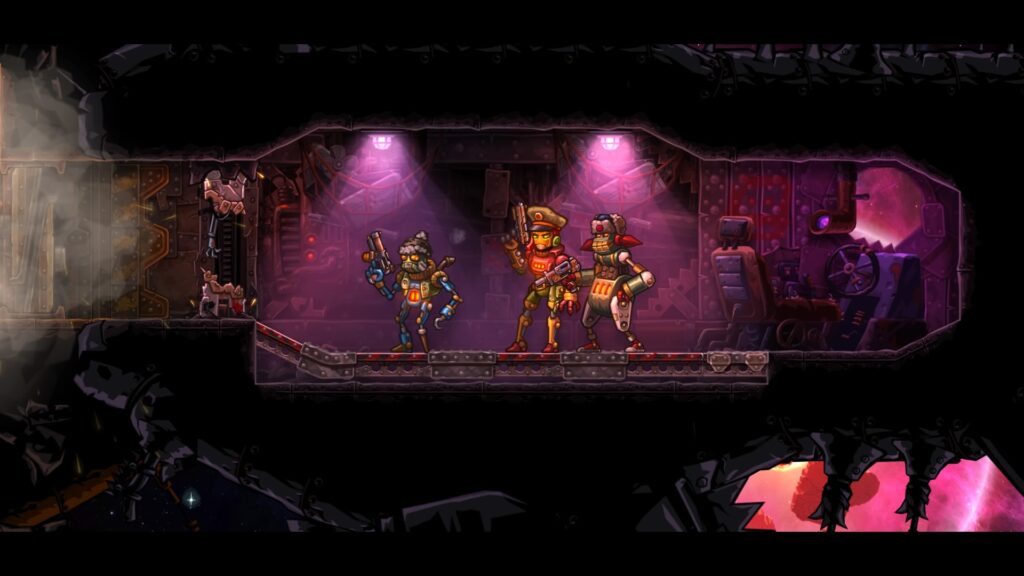 The combat is surprisingly deep for something that is very accessible to new comers to the genre. Each scenario allows you to bring 1 to 4 SteamBots into combat. Every member of the crew gets to move a certain number of steps and is allowed one action per turn. That action can be used to either shoot, use an item, or activate a skill. You can also choose to sprint and forfeit your action for that turn. SteamWorld Heist has a very simple concept but the variety of guns, items, and characters makes it complex enough for even the veterans of the genre to enjoy.

Shooting in this game is easy. Instead of relying on an accuracy stat, aiming is manual.  Bullets bounce of hard surfaces as well. This is especially useful since enemies are often hiding behind cover. Nothing is more satisfying than scoring a headshot on an enemy hiding behind cover after bouncing the bullet off the roof. 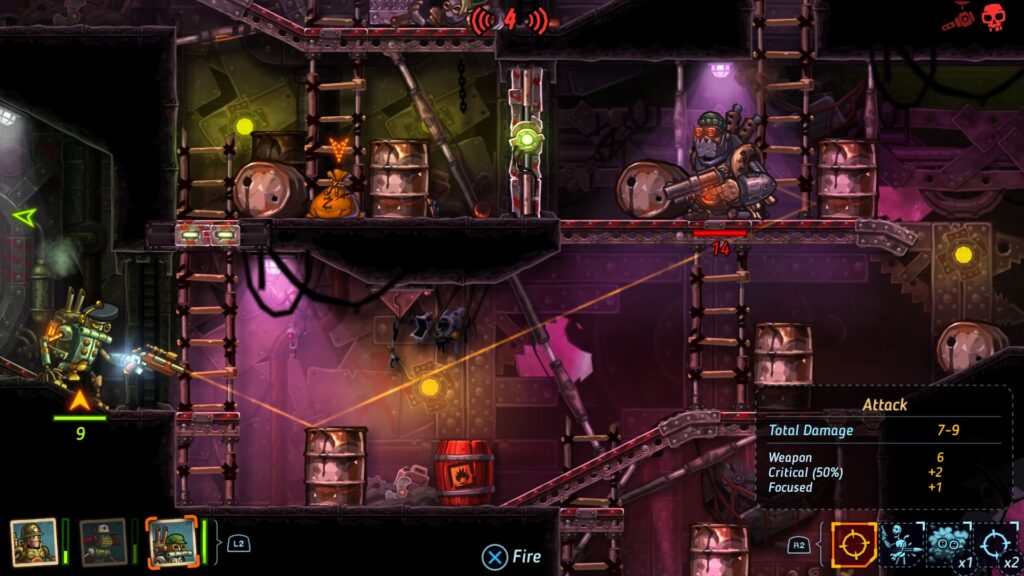 Item brings a lot of variety into the table. You are only allowed to bring 2 utility items with you so you need to choose carefully. Would you prefer to have one more step per turn or equip an armor that gives you one more health stat and sacrifice speed? Do you need grenades or health packs? Items basically change how your character plays and can be a major factor between success or failure. The only downside to this amount of variety is storage space. The ship has very limited space and even upgrading the storage at every chance you get, you will almost always need more. Luckily selling items is as easy as pressing a button. 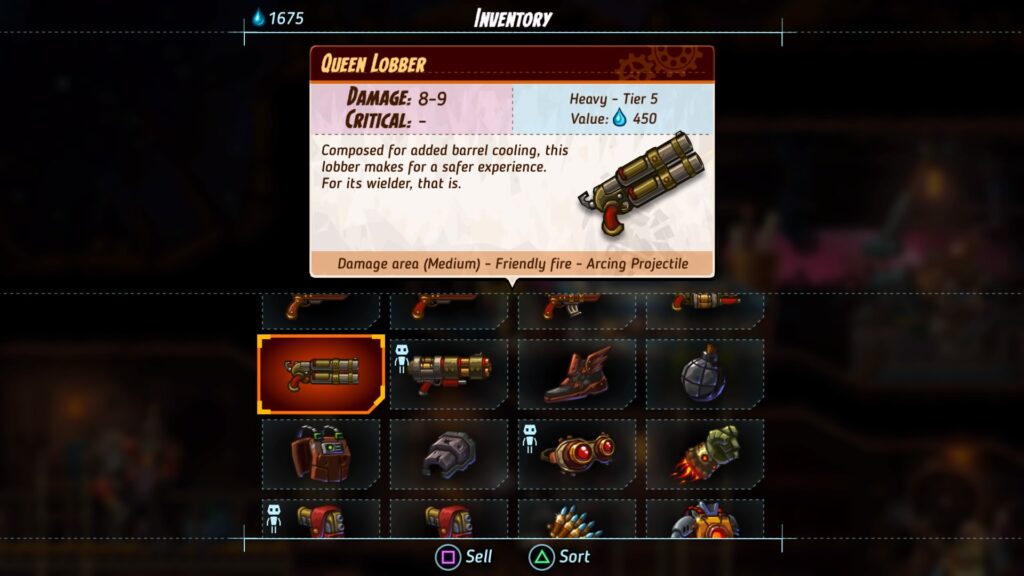 Outside the weapons and items, another level of complexity comes from the cast of characters. While they are all classified by the types of weapons they can essentially use, it is the unique abilities that make each character stand out from each other. Let’s take my favorite character, Sally Bolt, as an example. She primarily uses weapons similar to Seabass, but her skills make her a very different character from the old whaler-bot. She has the ability to shoot one more time if she gets the kill shot . This makes her a very powerful companion to bring at all times.

But SteamWorld Heist is more than its gameplay. The writing of the game is a step-up from previous titles. I found myself leveling up each character to get more of their background. The story is not that bad either. What starts out as a quest for revenge slowly becomes so much more. The music also finds to hit the Space, Western and Space Western aspect of the game. It gives the entire thing a whole Firefly vibe.

SteamWorld Heist, like the other SteamWorld games before it, is simple yet complex. It is a very accessible turn-based RPG with a lot of character. The characters are interesting and the core gameplay is very engaging. All of that wrapped up in a Firefly-like space adventure makes this a game that is very difficult for me to put down.

This review is based on a review copy provided by Image and Form International.