Get it via the Expansion Pass. 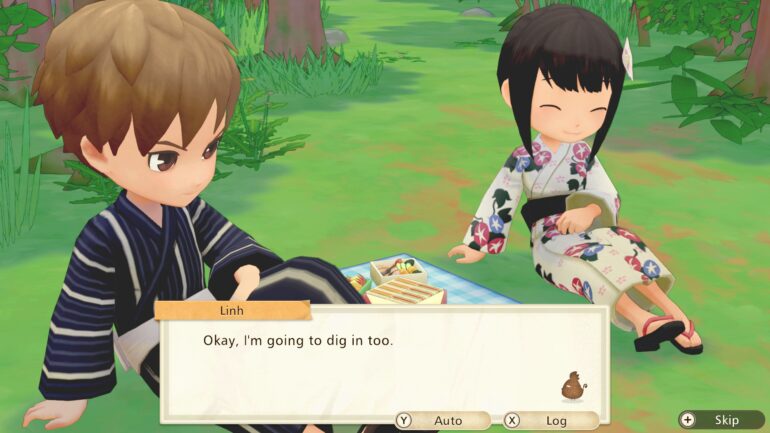 What does the fourth wave DLC add?

The fourth wave DLC includes both “The Legendary Sprite Dance” sub-scenario and new Yukata Set outfits for protagonists and the 10 original marriage candidates.

Where do we get the Expansion Pass of Story of Seasons: Pioneers of Olive Town?

What’s the story behind The Legendary Sprite Dance sub-scenario?

Thanks to the help of the protagonist, the Earth Sprite Village is livelier than ever! The Earth Sprites are determined to celebrate this newfound prosperity by reviving their legendary dance and hosting a grand feast. The festivities aren’t officially sanctioned by the elder Boss Sprite, but the younger Sprites won’t let that get in the way of their plans and will need the protagonist’s help to make sure things go off without a hitch.

The Yukata Set costumes allow players to dress up their characters and the 10 original marriage candidates in traditional Japanese summer outfits. Take your sweetheart to the Fireworks Display in this seasonal attire for a special summertime memory.

Story of Seasons: Pioneers of Olive Town is a brand-new adventure that drops eager explorers in Olive Town, a charming seaside community on the edge of the untamed frontier, where they will work to breathe life back into their grandfather’s dilapidated farm. Though it may at first appear to be a sleepy burg, Olive Town is home to dozens of unique characters to befriend when players are ready to take a break from building their dream farm— a dream farm where further exploration of the farm can yield magical lands where seasons never change, an island in the sky and even a unicorn to ride!

Developed by Marvelous Inc. and published by XSEED Games in North America on the Nintendo Switch system, Story of Seasons: Pioneers of Olive Town launched on March 23, 2021. The ‘Premium Edition’ and a standalone retail version are available for purchase from the XSEED Games Store and participating retailers for a MSRP of $59.99 and $49.99 respectively. The digital versions of the game are available for purchase on the Nintendo eShop, with the ‘Expansion Pass Set’ priced at $69.99 and the base game priced at $49.99.