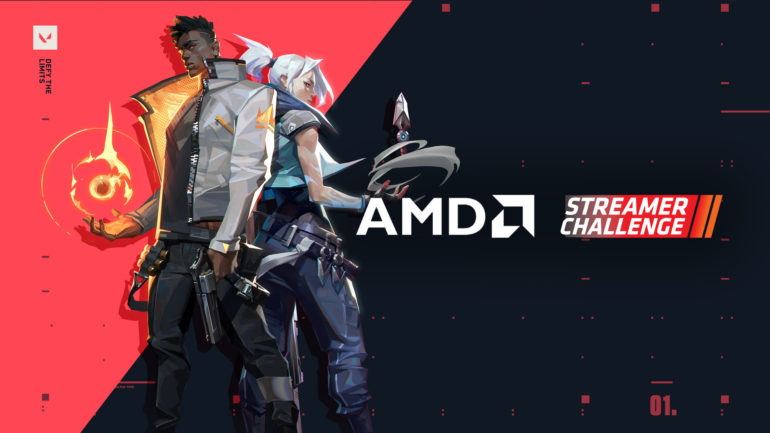 AMD, one of the leading manufacturers of graphics cards and CPUs, has recently partnered with Singapore-based company, Eliphant, to bring the AMD Streamer Challenge 2020 to fruition.

The AMD Streamer Challenge 2020 is a new gaming series that will be aired online from September to December 2020 that will feature famous personalities from East Asia and Southeast Asia regions. They will face off in different games like the newest hit title from Mediatonic, Fall Guys: Ultimate Knockout, and Riot Games’ Valoarant, even Valve’s Dota 2 for a total prize pool worth over USD $20,000.

Acer and HP joins as the major sponsors for the event, providing AMD-powered gaming hardware for streamers to compete, and sponsoring prizes and giveaways for viewers. Furthermore, EPOS is the official gaming headset supplier, with Secretlab as the official gaming chair sponsor.

In East Asia, the players will compete in the AMD Streamer Challenge: Triple Thteat, which involves streamers from Japan and South Korea facing off in Valorant. While in Southeast Asia, the format is called AMD Streamer Challenge: Domination where the streamers will form teams with their fans, represent their respective countries in a round-robin competition in both Valorant and Fall Guys. Fnatic, an AMD-sponsored esports pro team, will also make an appearance to play against or with the fans who sign up.

The online event will have a total of 11 episodes that will be broadcasted on AMD’s official Twitch channel and on the official AMD Streamer Challenge website. Southeast Asia episodes will be on English, Thai, and Bahasa Indonesia, while East Asia will be on Japanese and Korean.

Be sure to check the official website for more details about the participating streamers, episode formats, and the registration form. The event will officially start on September 11.

Valorant (review) and Dota 2 are currently free-to-play on their respective platforms, with Fall Guys: Ultimate Knockout (review) available on PS4, PC, and Xbox One.