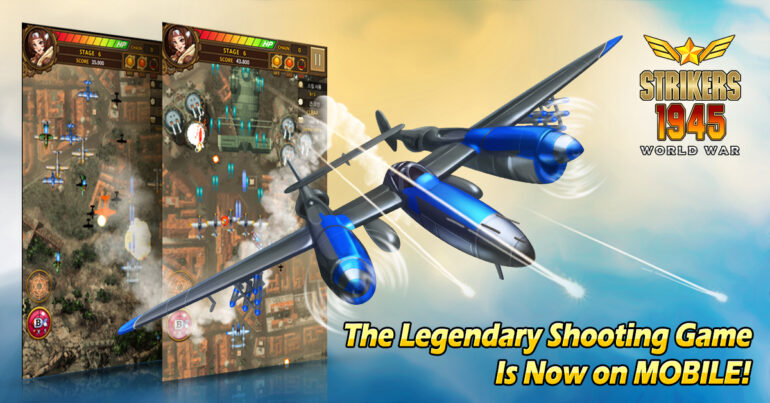 APXSoft has announced the soft launch of their latest game, Strikers 1945: World War, on Android and iOS users.

The game combines the shooting combat and characters from the Strikers series, Gunbird and Tengai that has been known for 23 years on Android for 90s veterans and aspiring heroes of arcade shooters. You can recruit your favorite classic characters as Operator and conquer countless levels on different modes.

Strikers 1945: World War is now available to only limited countries for its soft launch, specifically in Canada, Singapore, and the Philippines. The game will expand to other countries when the global launch will happen — including the iOS version.

▶ A collaboration of the arcade classics such as the Strikers series, Gunbird and Tengai!! ◀
– The beloved game characters of the past are now back as Operators!! Select and power-up your favorite one!
– Use the special powers of each Operator to immerse yourself in strategic battles!
– Manufacture and dismantle aircraft to create your ultimate fighters!

▶ Countless types of missions and hundreds of stages! ◀
– Choose from normal and hard modes to suit your style!
– Complete the missions for each stage!! Achieve perfect victory by earning three stars!
– Utilize numerous partners and items to conquer difficult stages!

▶ A Shooting Fest of Global Proportions!! ◀
– 14 languages supported! Enjoy the game with players from all over the world!
– Challenge players worldwide to conquer the global rankings!

Striker 1945 – World War brings a new mobile game hype. The game which was ported from your favorite Arcade Gaming Shop is now back as an android game. You might just hear it now, but the game is filled with attracting and interesting story with unique characters flying all over the world.

If you are from Canada, Singapore, and the Philippines, you can now download Strikers 1945: World War from Google Play. You can also follow APXSoft’s Facebook page for more updates!