Studio Wildcard Not Afraid Of Competitions; Claims They Did The Right Way to Do Early Access 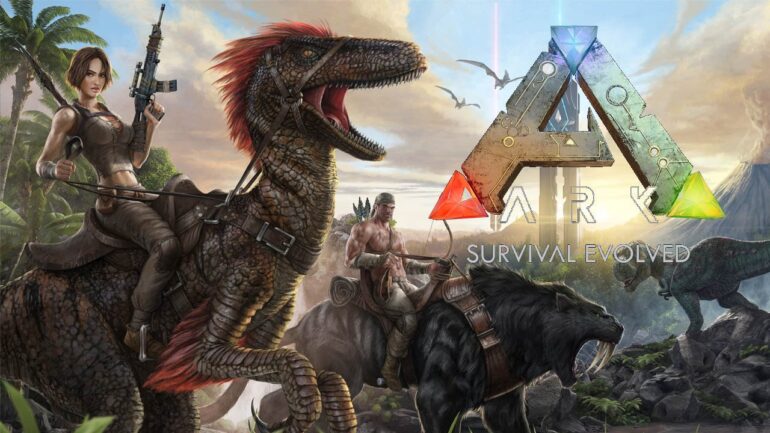 Ark: Survival Evolved is just a day away and while it launched on Steam’s Early Access 2 years ago, the first-person survival with dinos is finally launching tomorrow.

Studio Wildcard at the moment is not afraid of any competitions as there are no first-person survival RPGs with dinosaurs yet. And while the question asked in the interview with Prankster101.com about possible competitors of the game, Ark‘s Producer at Studio Wildcard, Navin Supphapholsiri, said that games mentioned by the online outlet – Jurassic World Evolution – is not a game they’re worried about – even Monster Hunter.

“It’s always great to have other dino games on the market as well. I feel like Ark itself is probably one of the few ones that have been out for the past two or three years. But as far as competitors go, it’s fine. There’s not really other dinosaur survival open world game out there. You mentioned the Jurassic World game, which is like a theme park strategy game. So I don’t think we’ll be competing too much on that note. And Monster Hunter… I mean that’s a four-player RPG game. I wouldn’t say it’s survival but it’s like strictly third-person too. So it’s kind of like a different genre. It’s not like this. I mean I would say our game is mainly open-world survival with a few added RPG elements to it. So I would say there’s not really much competition until you start seeing some games in that category.“[/alert]

While it is actually kind of far-fetched to compare Monster Hunter and Jurassic World Evolution to Ark: Survival Evolved, Navin is confident their title will not be competing any other games yet.

Navin also cited at ease that they’ve done the right way of “Early Access” by providing 80% of Ark available, while adding bits of content to into the game to make it a full commercial title when it’s ready.

“We’ve updated the game all the time. And we used Early Access kind of like as a testing bed for us to improve and make the game as good as it can be. I would say in addition to that, I think some of the feedback that we’ve received from the community and from everyone from the XBox Games Preview Program… It’s mainly on the content side of things because we’ve released 80% of the core game already from day one launch.

And I think that’s probably the reason why we’re so successful, is that when the majority of the game is already out and all you’re doing is just adding content to the game and just fixing bugs, it makes that process a lot easier, rather than releasing a game that’s not finished. It’s like 30-40% done and you’ve got to be working on it for many, many years to get it complete. I think the way that we did it is probably the correct way to do Early Access, which is release the majority of the game and then add content to that. It doesn’t really change the core functionality of it. And then improve and iterate on it over the time.“[/alert]

How should developers approach early access? Do you think Studio Wildcard did the right approach in early access? Let us know down in the comments section!