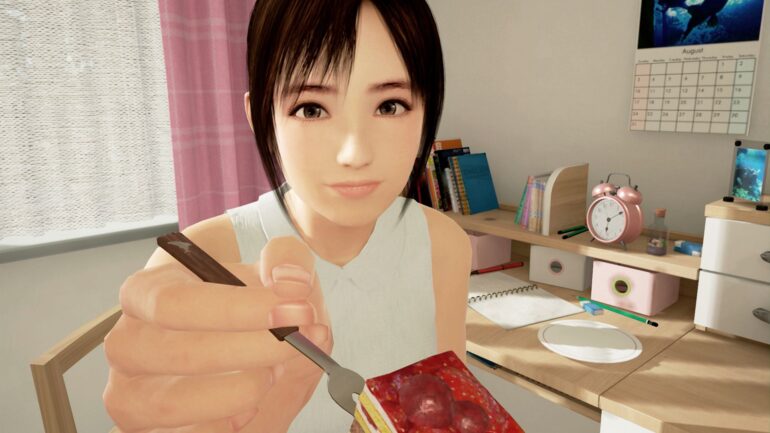 “Shall I compare thee to a summer’s day?
Thou art more lovely and more temperate.
Rough winds do shake the darling buds of May,
And summer’s lease hath all too short a date.”
– William Shakespeare

I just had to quote the 1st four lines of Shakespear’s Sonnet XVIII since it perfectly described how I felt not just playing the game but teaching Hikari-chan. So let’s break down the lines into what is my personal interpretation of the poem based on my experience with Hikari-chan. Before I continue on, it is important to note that Virtual Reality technology is still in the early stages of development so we can’t be expecting such powerful immersive games with great aesthetics like Sword Art Online or for the game to have a very advance self-learning AI. 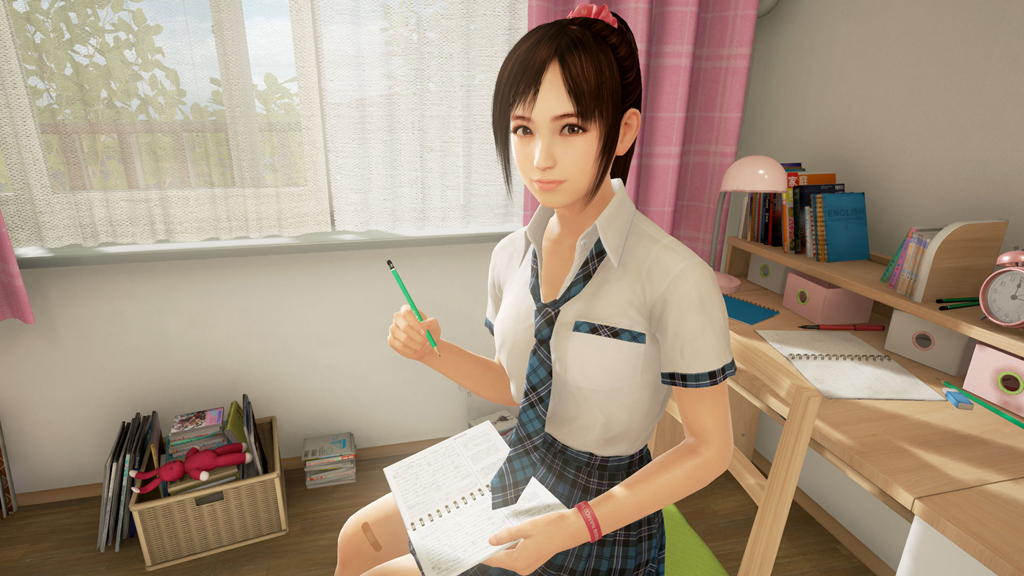 The 1st and 2nd line implies that I am comparing her to a summer’s day when she is far more beautiful.

Summer Lessons can easily be compared to those dating simulators, visual novels, and other games that have a dating mechanic. But the game is far more sophisticated than that. Hikari-chan has an impressive amount of detail to her, from her eyes, her neck, her nape, her curves, collar bones, shoulders, and so much more. It is quite a feat in terms of graphics especially when we consider the current technology we have with the PS4 Pro and the PSVR and not to mention that the game is only 2.70GB in terms of filesize.

Hikari feels almost alive, she reacts to when you get too close to her, she constantly makes eye contact with you when she speaks with you even if you’re sitting on the floor and she’s standing up, she will still be looking right at your eyes, she reacts when you touch her with something in a place where it was not supposed to go, she gets mad when you don’t talk back to her and just keep staring at her, she scolds you when you’re looking at her instead of something else, and a lot more. Her animations and reactions are enough to easily get you immersed in the game. These aspects of Hikari-chan give her a level that is different from other heroines in similar genres.

The gameplay really makes things interactive and unique, so much so that it’s probably the only game out there that turns the Dualshock controller into a cellphone and even the distance of the controller to the ear can affect what you can hear. Speaking of controller, it should also be noted that the game doesn’t use the PS Moves but the DS4 to interact with things and navigate the menu and it uses them in really creative ways. Summer Lessons also allows you to do some moves which I personally call “unscripted” moves.

I just have to say bravo to the developers since the game encourages you to do those “unscripted” moves because they are actually trophies you can earn. Otakus can easily revel in the fan service this game offers, which I know I have. Immersion is one of the aspects this game does really well that you can very well find yourself acting out the scenarios like it’s only natural to do so. Just remember to keep the floors clean for those of you who are curious enough. 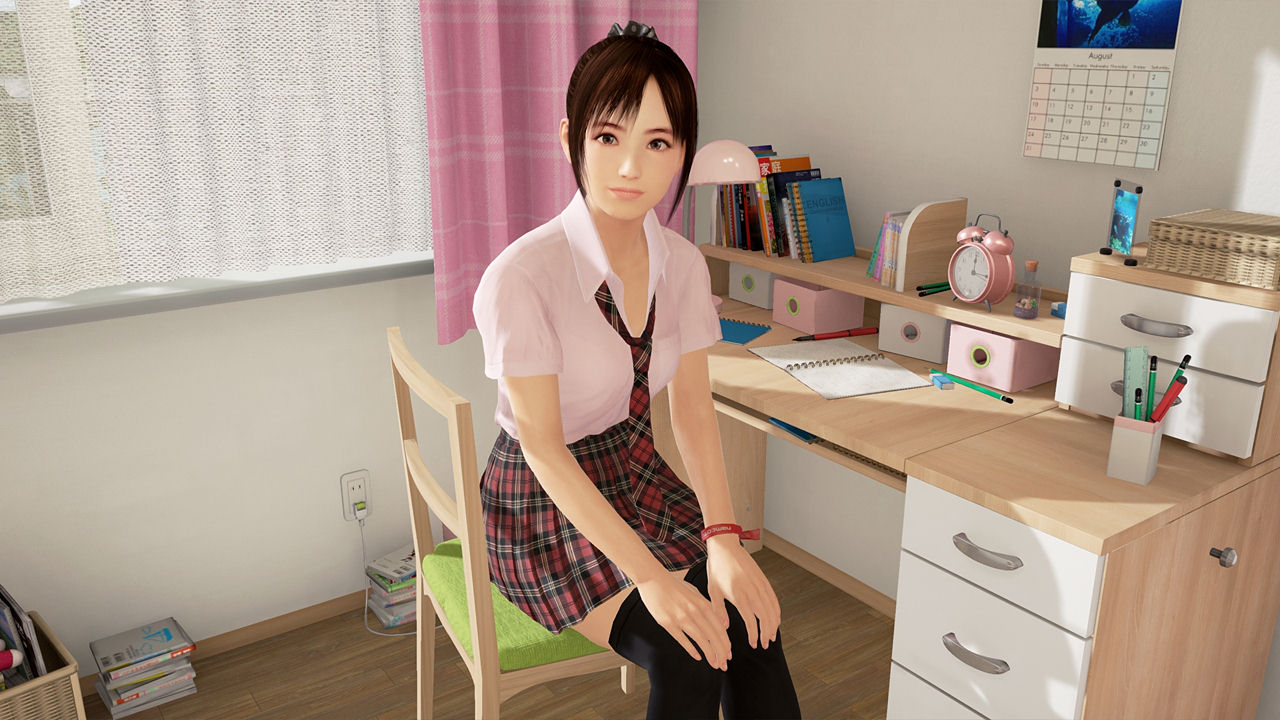 My take on the 3rd line is that while the game is something that can be marveled upon and worth our attention, it also has its shortcomings.

While observing the environment, I can clearly see the pixelations on the screen, the lack of detail on the objects from a faraway range, and the rough backgrounds. The game is in Japanese audio but it has English subtitles. If you’re too curious though and get too close to Hikari-chan then the subtitles will not show up on the screen, I was able to get the gist of what she’s talking about thanks to years of being an otaku but you need to be wary still.

The 4th line’s meaning is that we only have a short time to spend with Hikari-chan during our whole playthrough which is clearly not enough for both parties.

Basically the point of the narrative is for you to teach Hikari-chan a handful of subjects for her to pass her exams which you need to do in 7 days. The days passed by quite fast and you are able to track the progress of Hikari-chan’s growth academically, mentally, and physically (there’s physical education). There is not much you need to do but select a few options on how to approach Hikari-chan during your tutoring sessions. If you use a lucky item you can get an extra scenario with some options as well to just play around with her. 7 days is definitely not enough to teach this girl everything much less connect with her in a proper way but there is a subjective replay value, especially if you wanted to do “certain” moves. 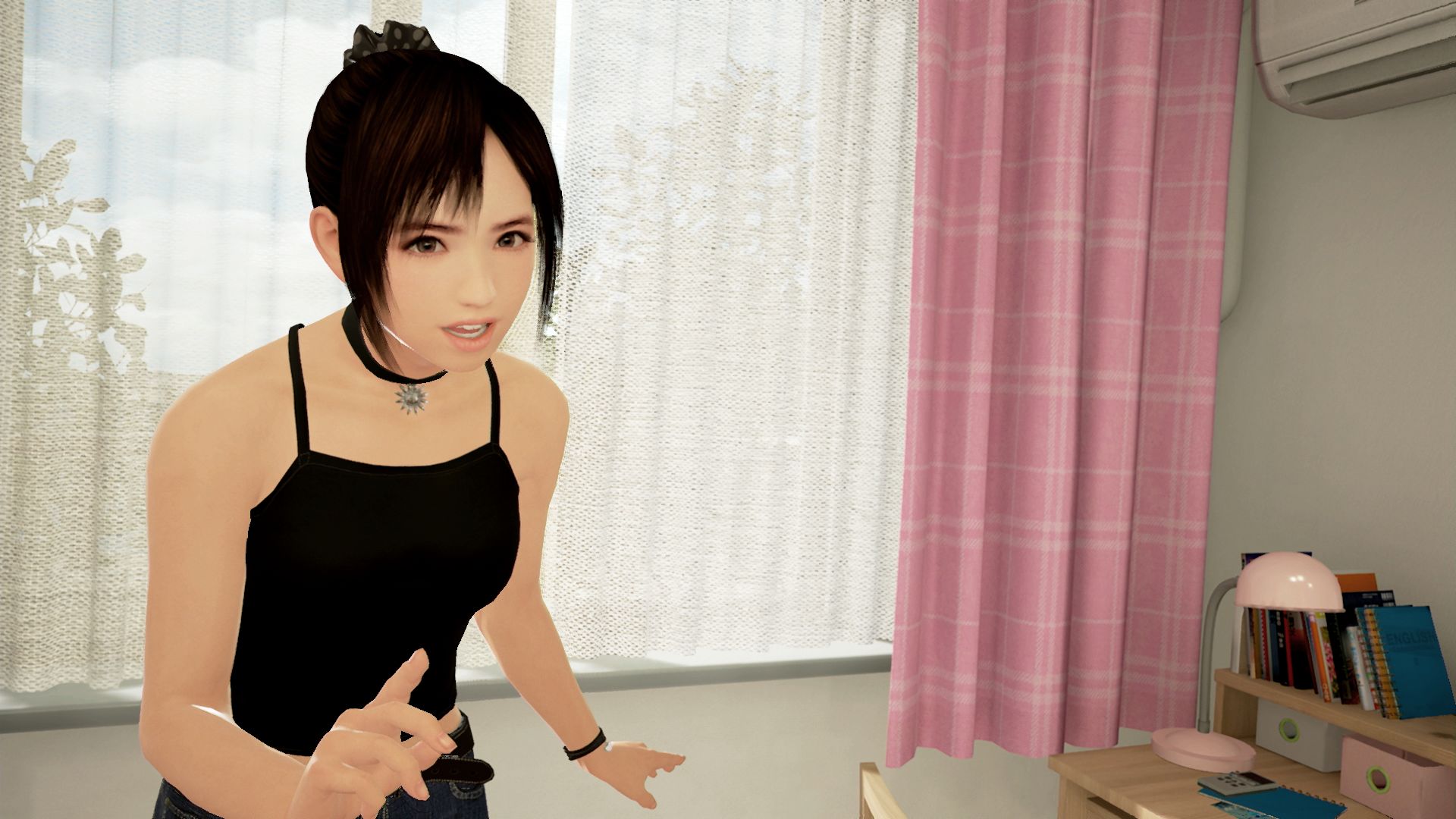 Technology has evolved at a staggering pace in recent years and virtual reality looks to be next big thing. There is a lot of potential in VR and after playing Summer Lessons with Hikari-chan, I can definitely say that there is so much more it can do and it has the room for that growth especially with the additions of DLCs like the other girls you can “tutor” in the future.

Summer Lessons is the stepping stone, it shows so much potential and it will be interesting to see how future developers will innovate using this game as a good reference point. The game definitely piqued my interest when I first heard about it and it delivers my expectations quite well. The game brings you into its world and gives you a unique experience unlike any game I have ever played before for which I commend highly.

You may go into Summer Lessons just to sate your curiosity but it is also a great entry point into the realm of VR especially if you’re into dating sims, visual novels, and interactive storytelling. I for one am certain that I will never forget my hot summers with Hikari-chan. 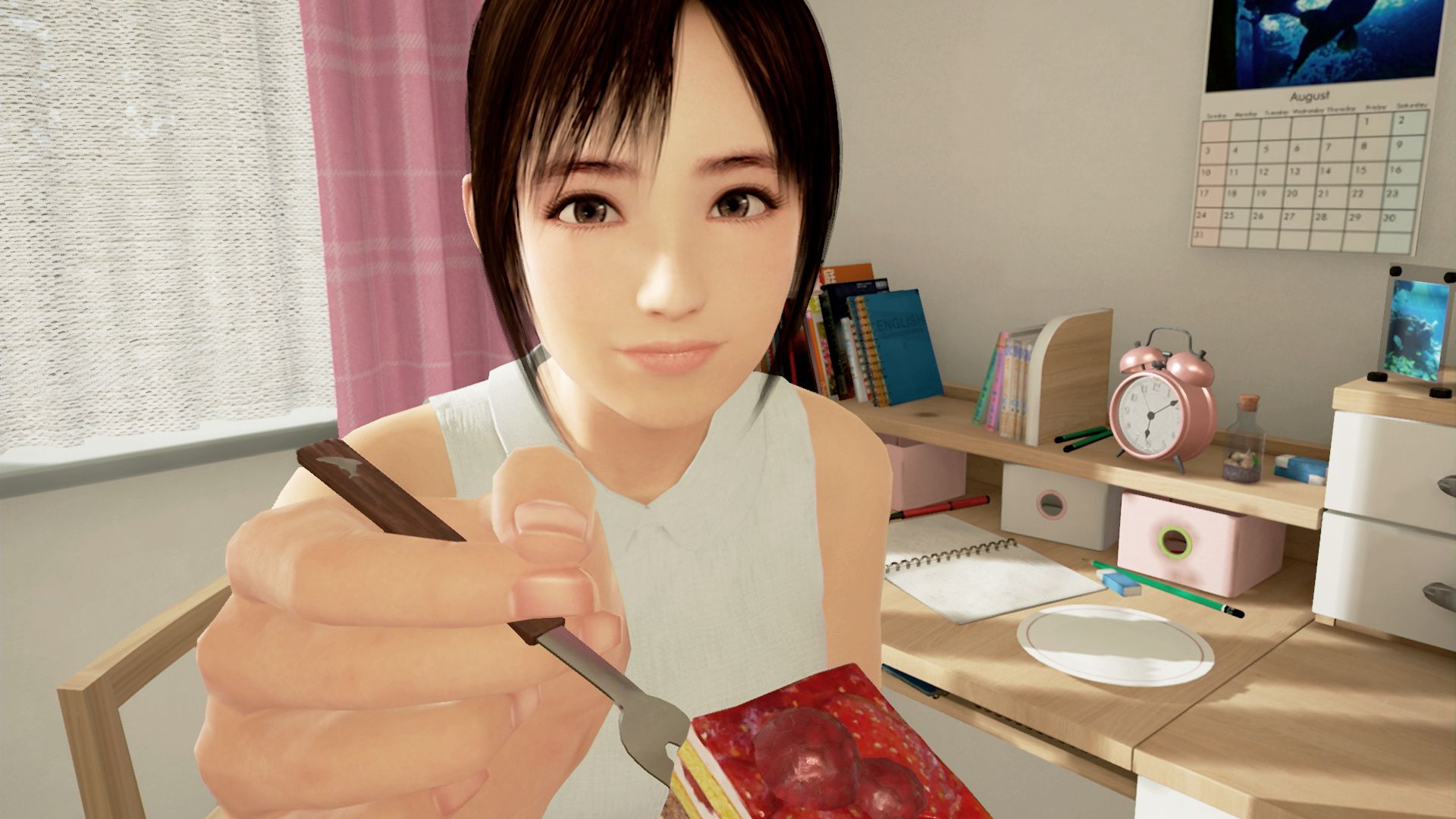 Score Definition
You better have to choose if it’s worth spending your spare cash, because it might not be the game for you and it might be for others.
Pros
Hikari-chan
Lifelike Reactions
Amazing Visuals
Unique and Interactive Gameplay
Immersive Experience
Cons
7 day time limit
Few things to do
6.9
Justified