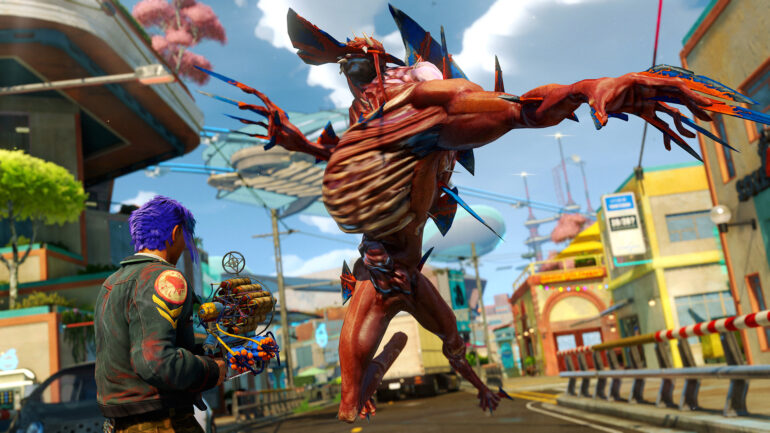 Sunset Overdrive was one of the great exclusives in the earlier years of Microsoft’s Xbox One. It was well-received by the critics with Joystiq and GameRevolution giving a perfect score for this fast-paced shooter. However, even if the game was a success, it was never followed by any sequel unlike other Xbox One exclusives like Forza Horizon, Halo, and Gears.

Given with the statement that Sunset will continue even with or without Microsoft’s help might mean that there’s an issue somewhere between Insomniac and the platform owner — but this is not confirmed yet. This can pave way a path that the franchise’s sequel will go multiplatform — just like Titanfall, first a Microsoft exclusive, now the sequel went to the PS4 along with Xbox One and PC.

There is no word yet if Sunset Overdrive is getting a sequel since Insomniac is still focusing on their PS4 Spider-Man exclusive. We might get more details soon after Spider-Man is released.

With Insomniac Games relationship with Sony is as strong as any other second-party developers, this might be a chance for Sony to get a grasp of a potential franchise like Sunset Overdrive in their library of games.