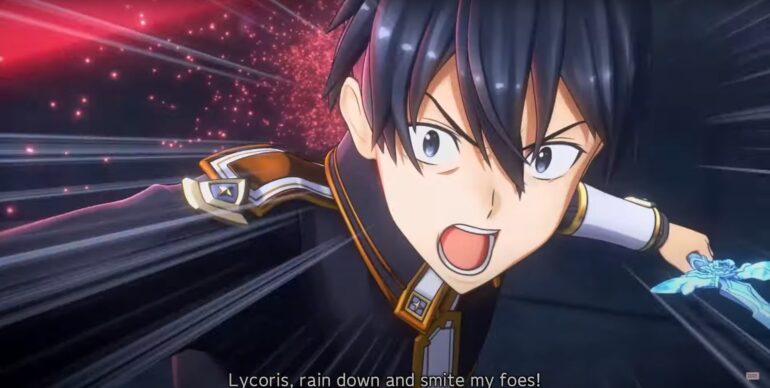 In SAO Alicization Lycoris, players will take on the role of Kirito as he and his new party embark on adventures in a medieval-fantasy virtual world filled with intense combat and action-packed scenes. He is joined by new characters exclusive to the Alicization saga like Eugeo and Alice. The original storyline is supervised by renowned author Reki Kawahara. He has been involved in this game since the addition of the manga canon narrative where Kirito and his party meet with Media, the heiress of the Orthinanos disgraced family.

SAO Alicization Lycoris follows a whole new plot unique to the game while still based on the Alicization arc. A new trailer was also shared online to celebrate the launch of the Nintendo Switch version.