This isn't the internet as we know it... 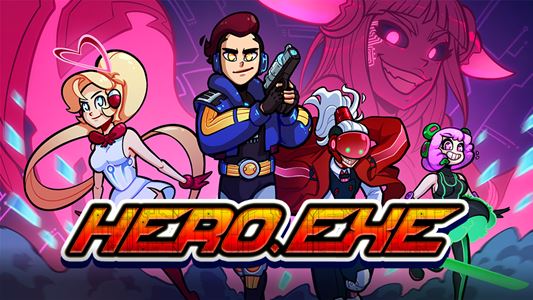 Publisher Top Hat Studios, Inc. and developer Mystery Egg Games have announced that their net-diving tactical RPG/CCG hybrid game, Hero.EXE, will be coming to all major PC strorefronts, Nintendo Switch, PS4, PS5, Xbox One, Xbox Series X|S. The game is expected to release in Q1 of 2024.

A Kickstarter campaign for the game is also live and available until the 21st of October, where enthusiasts of the genre can pick up exclusive rewards and reserve copies to play on day one. A demo is also accessible from the game’s Steam page.

In another world, The Grid was created in much the same way as our world’s internet was: with elbow grease and a dream. However, their world turned out very differently from ours. Instead of websites, they built oceans. Instead of vlogs, they built cities. And then A.V.A.s came into being. They are all partnered with pilots in the real world. Shopping, socializing, and browzing the grid are some of the many everday essentials done through A.V.A.s.

Connect to the internet of another world, choose your A.V.A., and go on an adventure to change both of our worlds. Each A.V.A. is a living being that will act and respond to your actions. They have their own personalities, goals, histories, stories, and relationships, and all of these have an effect on your play-through. Get ready to take on whatever the Grid has to throw at you, together!

You can find out more about Top Hat Studios and Hero.EXE from their website.