Tails of Iron Launches on all Major Platforms

Brutal combat, a vast world to explore, and a fierce fight to save all of ratkind 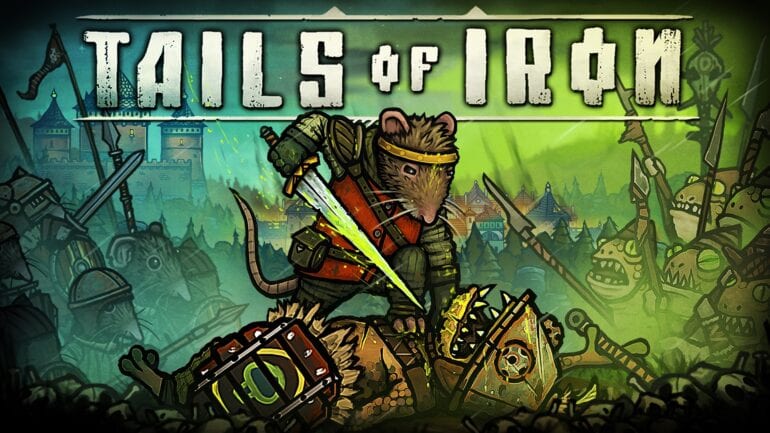 Publisher United Label and indie developer Odd Bug Studio have released their, action-adventure RPG game, Tails of Iron on PS4, PS5, Xbox One, Xbox Series S|X, Nintendo Switch, and PC (via Steam). Players will be able to explore once beautiful hand-drawn biomes, take part in a conflict against the frogkind and their oversized generals. – all while listening to narration from the iconic Doug Cockle (voice of Geralt of Rivia).

The next gen versions of the game will see further enhancements, with players benefitting from DualSence Adaptive Triggers, enhancing the combat experience with weighted responses when blocking, parrying, or charging a weapon. They will get to see the action in native 4K resolution and 60 FPS.

The story follows the exploits of Redgi, heir to the Rat Throne, as he embarks on a perilous quest to reclaim his Kingdom from the merciless Frog Clan. With the Kingdom awash from frog zombies to gargantuan grubs, players will need to master a range of deadly abilities, including parry bashes, ranged attacks, and gruesome executions. To aid our would-be adventurer, a huge of range of weapons and equipment will be made available to him.

Lead character artist and animator, Daniel Robinson, was inspired to create the game thanks to the personalities of his own pet rats. Sadly, none of them outlived its completion.

“During development, the rats were always there for me, to keep my morale high and spark my creativity,” he says. “Redgi is the main protagonist because he was the most courageous and loyal rat in our pack. The other characters are based on Redgi’s real brothers.”

Robinson also wants to change the social perception of rats overall. He states,

“I really wanted to make a game about rats because they are perceived so negatively by the media and general public, but they are the most affectionate and loving creatures.”

Developer Odd Bug Studio also tweeted in celebration of the game being one of the top popular upcoming games on Steam.

Tails of Iron is now available digitally at $24.99 on PS4, PS5, Xbox One, Xbox Series X|S, Nintendo Switch, and PC. Player may also buy the physical version, called the Crimson Knight edition. It arrives with 12 additional skins, which honor the noble line of Rat Warriors.