Tales of Arise Boss Guide: How To Defeat the Great Spirit 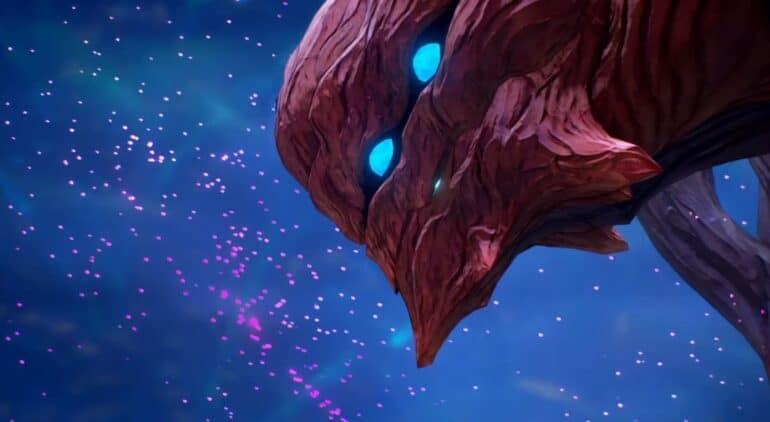 The Great Spirit is considered to be one of the final enemies players will face in Tales of Arise. What makes this boss interesting is the fact that it is not only strong but very durable as well.

In fact, it is so hard to defeat that players need to defeat him twice. On that note, we, of Sirus Gaming, offer this guide on how to defeat the Great Spirit as part of our Tales of Arise guide.

How to Defeat the Great Spirit in Tales of Arise

In the 1st phase of the battle, you’ll notice the Great Spirit is level 58, and that his size is similar to that of a regular beast but with an HP pool set at 275,940. Though large for his size, the Great Spirit is very fast and can teleport while being able to create a defensive perimeter that stuns and curses you.

In order to prevent that from happening, players can either use long-range attacks like Shionne’s rifle attacks or cast Magic Artes to deal greater damage. Another option is to use protective charms that can prevent debuffs and stuns from enemy attacks and equip those that can increase your party’s attacks and defenses.

Evasion and accuracy are also other factors when facing the Great Spirit as it runs rampant for a time and uses a dark ray that can penetrate defenses, so players need to properly time their attacks.

When the Great Spirit’s HP is cut in half, that’s where things get more difficult as the final boss will power up and summon defensive orbs, each with their own unique elemental status. Players need to be smart on what elements they need to use to defeat as each elemental orb has its own weakness.

Defeating them is a top priority as there will be times when the orbs grant the Great Spirit invincibility or quickly heal its wounds. When the orbs begin casting magical artes, time it wisely with Rimwel’s boost attacks to prevent such casting and break their gauge to perform boost strikes on the orbs to deal greater damage to its surrounding enemies.

Another note to follow is that when the HP is at the halfway remark, the Great Spirit will begin to power up again and this time will summon pillars of dark rays that are extremely dangerous.

Players need to evade it using dodge rolls and stack up on healing items as well. Continuously attack the great spirit after it uses the black pillars and defeat it using the boost strike. Afterward, watch the cutscene and prepare for 2nd battle.

After defeating the Great Spirit for the first time, it will summon minions or rather Zeugles to prevent players from chasing it. The Zeugles that players will encounter are Astral Fury, Astral Hatred, and 2 Astral Famine. Focus first on the two flying Zeugles using Shionne’s Attack boost afterwards go all out against the two large orges and finish them off with boost strikes. But be wary as these Zeugles are at least level 53 to 55 and have high defensive stats.

After finally chasing the Great Spirit, it will appear again in another form known as the Subsumer. Its level will be at 61 and HP will be at 339400. Its weak points will be mostly exposed but each weak point must be targeted at a specific sequence.

Not only that, this boss will be playing mostly on the defensive side as it will summon randomly dark thorns and elemental orbs from last time to protect itself so buffing and healing items must be stacked well in the party’s inventory as well. It also helps in having great healers like Shionne and Kisara when fighting this type of boss.

To start the battle, target first the left hand of Subsumer but note there will be times that its left hand will be raised so using aerial attacks are needed in facing this part. Once its HP bar breaks 1st, use either strike boost of Rimwell or Law to destroy the left arm.

Focus on next the right arm but be careful as the enemy boss will summon pillars of black rays from the last battle to defend itself and use its power up finisher called the Black Hole.

Once it summons its finisher, keep on performing dodge rolls until its finishes its attacks to evade getting hit and stay away from the center of the arena. Healing is a must if one gets hit by them. After that, use Kisara’s and Dohalim’s strike boost to finish off the right arm.

After breaking both arms, finish off the enemy by attacking its chest area, front, and center. Players need to be wary again as the enemy boss will go berserk and start randomly summon its finisher, summon elemental orbs and blackthorns to buff up its defense.

Keep focusing on it using AOE type of attacks to gain the advantage and finish off Subsumer with Alphen’s and Shionne’s Strike Boost. With that, defeating the Great Spirit will be a simple feat.

This is how you can defeat The Great Spirit in Tales of Arise. Here is also a quick guide on how to use boost attacks.