Tales of Arise: All Weapon Locations 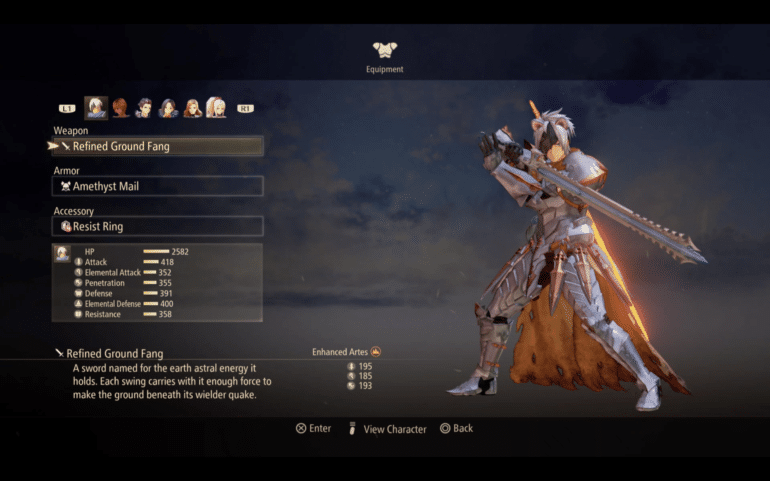 For all Tales of Arise players, here is a breakdown of every obtainable weapon for each character, the weapon’s stats, and where to find them, and/or what you’ll need to craft them. Weapon crafting is expensive and takes a lot of time to acquire all the materials. You’ll also want to hold onto old weapons as they’re used in crafting, too!

This guide will continue to be updated.

Be sure to check out the rest of our guides and tips and tricks besides all the weapons guide for Tales of Arise.

How to Get All Weapons in Tales of Arise

A mask-wearing man from Dahna who has lost his memories as well as his capability to feel pain. Borrowing the blazing sword from Shionne just after meeting her, he fights for his freedom from Rena. He’s the main protagonist of Tales of Arise, here are all his weapons:

A young woman from Rena who brings the curse of thorns to whoever touches her. With an ulterior motive of her own, she allies herself with Alphen and fights against her own people. Shionne uses a rifle in battle in addition to bombs. Shionne is the deuteragonist of Tales of Arise, here are all her weapons:

Appearing before Alphen and Shionne before collapsing, she is on a journey to appeal to Cyclodia’s resistance. Despite her Dahnan blood she is able to use astral artes that are only available to Renans. Rinwell uses books to chant incantations from to use her artes.

A young Dahnan man from Calaglia who works in Renan police force known as Snake Eyes. He confronts Alphen and his group when they arrive to Cyslodia. Law fights using gauntlets and with his feet.

A Dahnan woman believing in the coexistence between Rena and Dahna, she boasts the highest physical abilities in a squad composed of Dahnans. Serving under Dohalim, Kisara uses equipment crafted by Renans and both attacks and defends with her giant shield and a mace.

In eccentric man from Rena who shows friendship towards Dahna, he is well versed in all kinds of art, including music, poetry, and antiques. He is skilled with a variety of ornate rods. He’s the final member you’ll get in Tales of Arise, here are all his weapons:

And that’s all the weapons we have on Tales of Arise.