Tales of Arise is Gorgeous and Fun on PS5

Tales of Arise gets the boost it needs 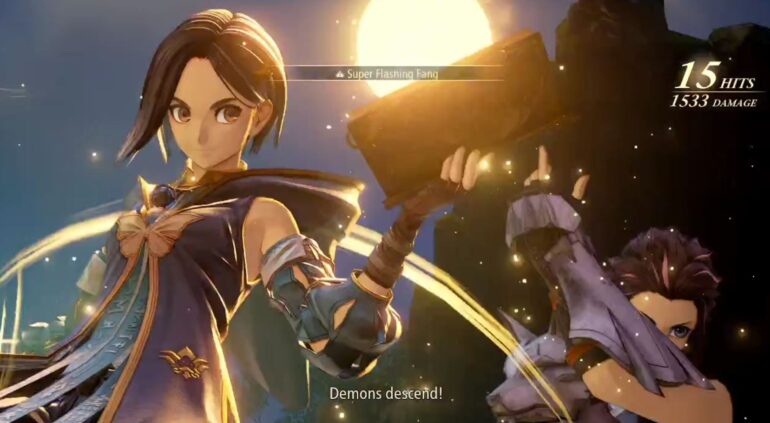 Tales of Arise comes out September 10th, and the demo is out now if you’re wanting to see if the 17th entry into the series is for you. Recent entries have been fun, but there’s not been a ton of innovation. Thankfully, Arise takes some risks that pay off in battles and art design. Additionally the game looks stunning on PS5. On PS5 you also have the option of framerate or graphics priority. On the framerate option, the game runs at about 60FPS and on graphics mode, it’s in 4K. Load times are also shorter.

In the demo, you’ll choose one of six characters to control as you explore and battle across a series of fields, streams, and hills. If you’ve played any of the Tales games before, you’ll be familiar with the way battles work. You’ll encounter enemies on the field and go into an area where you control your character and run around attacking with weapons, artes, magic, and more.

Arise is much flashier, streamlined, and innovative than past entries, and that’s evident with how fast and snappy battles are. All the parts move quickly, controls are intuitive, and it’s fun. You’re able to swap characters in battle (though it’s not quite as satisfying and quick as swapping characters in other RPGs like Final Fantasy VII Remake), and each character moves, dodges, and feels uniquely their own. There is also a new level of strategy with a new mechanic: Boost Attacks.

Boost Attacks are unique for each character, and besides being flashy and fun, they do essential things to help turn the tide in battles. For example, Rinwell can stop an enemy from casting a powerful spell, Dohalim calls forth vines to stop a quick-footed enemy, and Kisara is able to stop a charging enemy to name a few. If you use these and string a high enough combo, you’re able to use a Boost Strike – a cooperative attack between two characters that deals massive damage and has a flashy animation sequence. Both Boost Attacks and Strikes are an exciting new addition to the series, and make battles feel fresh.

Other than that, healing now pulls from a Cure Points, or CP, meter. They don’t recover over time, so using items, camping, and inns will be essential to filling the meter back up. There were a few times I’d forget to pay attention to it as I worked through the demo, and I’d end up with a couple of dead party members. Luckily, it’s easy to heal and revive using items, too, if you’re controlling a non-healing character and don’t want to swap.

My biggest disappointment with the game was the world. As you explore the world, you’ll find ingredients to pick up for cooking and crafting – staples of the series. The world is beautiful, but I was disappointed with how stagnant enemies and animals were. Enemies move in a small area, and the animals in the game sometimes don’t move at all. While I feel like I am being picky given how beautiful the scenery is, it just made the environment feel a lot less lively. Despite that, the world is beautiful and much more realistic than past Tales games which relied on an anime style art design. Arise blends that with realism well. I’m hoping since the demo is such a small fraction of the whole, the rest of the game’s world will feel more whole.

Finally, I love the new way the game features its skits. Occasionally you’ll see a notification on a corner of the screen that an optional conversation is available. In past Tales games, these were done using 2D portraits. For Arise, sequences are in 3D and characters move. It almost looks like a comic book with the way the screen is divided up into panels as the conversation progresses. Voice acting, overall, is good, too, and music hits the right notes throughout the demo with the battle music being a particular highlight.

I’ve played many of the Tales games, and I’m excited to play Arise with its mix of new features and familiar paths. It seems like Arise will give the series the boost it needs to keep moving forward as JRPGs evolve. If the demo is any indicator, it should be a welcome addition to the series. Tales of Arise launches on September 10, 2021 for PS4, PS5, Xbox One, Xbox Series X/S, and PC.