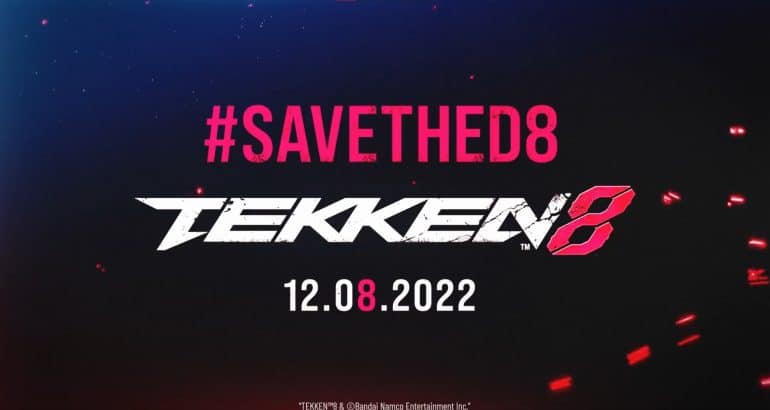 It is now official: Tekken 8 will be making an appearance at the upcoming The Game Awards 2022.

Earlier, there was a report that revealed an image featuring merchandise with the theme of Tekken 8 and it also hinted that a new showcase will be shown at The Game Awards 2022. Bandai Namco Entertainment has not confirmed the image, but today a new post might have just done that.

The new post revealed a short teaser with the hashtag #SAVETHED8. It also revealed the date December 8, 2022, which is the day of The Game Awards 2022. It has now been confirmed that a big announcement is about to be revealed during that event.

Details are slim right now but we should be getting our answers when that day happens.

Tekken 8 is currently in development for the PC, PS5 and Xbox Series X/S.