Telltale Games: Riddler is a bit more sadistic in The Enemy Within 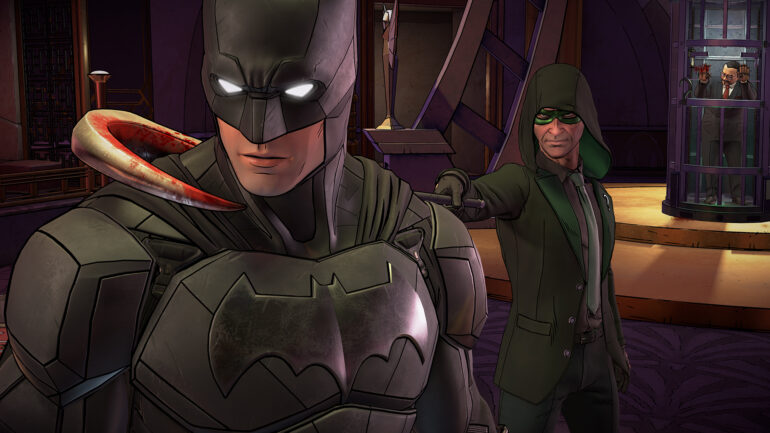 Telltale Games has continued its new approach to the Caped Crusader’s tale. Ending the first season with a huge cliffhanger and opening the narrative to dozens of possibilities, the studio was up for making their season two of their own Batman tale interesting.

Given that Telltale has the freedom to craft their own story and a unique take of the characters, Riddler was another key villain that also had a different style pretty much like season one’s Penguin.

Telltale Games’ Batman producer, Sean O’Connor shared some insight about the premiere episode’s villain, The Riddler. While everyone is waiting for the big reveal of John Doe’s Joker persona in this season, Telltale’s version of the Riddler is rather sadistic than who we knew from previous Batman tales. His puzzles are extremely lethal and tortures his victims viciously.

Sean also said in the same interview with ComickBook.com that they focused more on the main plot than its backstory.

[alert type=white]Riddler is a bit more sadistic in The Enemy Within than in previous Batman stories. This is one of the areas where we wanted to do our own take on a well-known character, much like we did with Penguin in season one. As for what set him off, I won’t spoil it here. Some of this is touched on in Episode 1 – The Enigma, although we don’t dive too deep into it. We didn’t want to dwell too much on backstory and instead focused on the story you are playing. You’ll learn more as the season goes on.[/alert]

John Doe will also have his big moment in the season as he slowly gets closer to Bruce and carefully study Batman. It will be an interesting season two for Batman fans.

[alert type=white]Outside of looking forward to another great narrative adventure with both Bruce Wayne and Batman, one of the biggest things to look forward to is being able to shape John Doe into the Joker. John is listening and watching. He’s learning and reacting to Bruce and Batman. Choices you make and actions you take will impact the kind of Joker he becomes. This is something that I think players are really going to enjoy, and it will make certain decisions even harder for Bruce and Batman.[/alert]

As for what Sirus Gaming think about Batman, The Enigma episode started off really strong according to Lex. You can read his full review here.

Batman: The Enemy Within – The Enigma Episode is already available across three platforms: PC, Xbox One, and PS4.