Telltale’s Batman: The Enemy Within Season Finale Gets Two Trailers 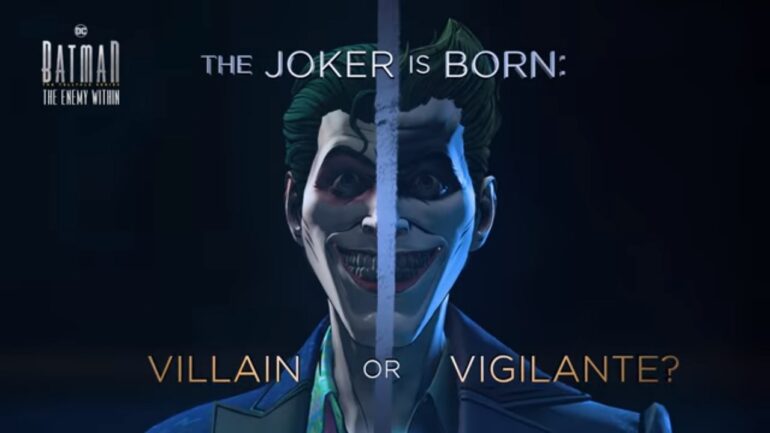 Game developer Telltale Games has recently released two new trailers of Telltale’s Batman: The Enemy Within featuring two different Jokers. The results will depend on the choices the players have made during the journey.

Telltale’s Batman: The Enemy Within Jokers

Telltale Games release two new trailers revealing some insight on what is going to happen in the fifth and final episode of the video game, which is titled Same Stitch. The two videos highlight how the story could end, specifically in the Joker’s future.

The two trailers highlighted two different Jokers. Players will be able to experience two different storylines and conclusions. Their choices will show what happens to John Doe after the series of choices they make: a Joker villain or a vigilante that fights together with Batman.

Players can purchase Batman: The Enemy Within on the PlayStation 4, PC, Mac, Xbox One, iOS, and Android. The game studio will release the final episode on March 27.