PC version is finally happening and Steam version is the first to get announced. 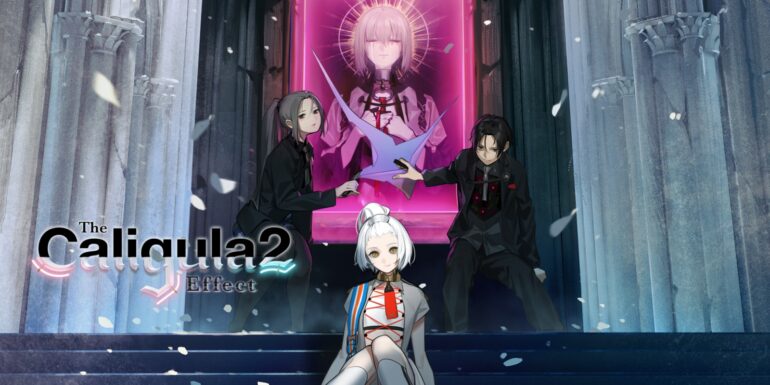 The juvenile school RPG The Caligula Effect 2 PC version will be coming to the Steam Store on June 23, 2022 10 AM JST/ June 22, 2022 6PM PDT. This will be released as well on the Epic Games Store at a later time. Aside from the release date, a new costume, Retro Tatefushi Uniform, will be included for free when the game launches to commemorate the 6-year anniversary of The Caligula Effect series.

About The Caligula Effect Series

The Caligula Effect is a juvenile school RPG series titled after the sense of guilt and exhilaration that one feels from doing something they shouldn’t. It explores two core themes, characters who are afflicted with the suffering of the current era known as “Modern Pathology”, and a thrilling scenario centered around the phrase “Killing your idols”. The Caligula Effect series has received a lot of attention from its initial release in June of 2016 on the PlayStation® Vita, its subsequent anime adaptation, and a follow-up game that featured additional elements, The Caligula Effect: Overdose.

The Caligula Effect 2 carries over two core themes from the original, its unique battle system, and songs by Vocaloid-P musicians, and adds an all new story and cast for a completely new experience. The Caligula Effect 2 has been available from publisher FURYU on the PlayStation®4 and Nintendo Switch since June 24th, 2021, and now historia Inc. is handling sales on the Steam and Epic Games storefronts.

“No Regrets…”
The mysterious virtual doll, Regret.
The virtual world, Redo, that she created, in which the regrets of the past are erased. It’s a world where the thoughts of “if only it went differently” or “if I had done that instead” that plague us all, become a reality.

In an ideal world separated from past regrets, the main characters who noticed the deception of this world gain the help of another virtual doll and form the Go-Home Club with the intent to return to reality. Taking on the creator of this virtual world, they embark on the most difficult walk home from school imaginable.

<The “Modern Pathology” that your friends have>
The real-world lives of your friends in the Go-Home Club are full of pain and trauma that are difficult to face. “Why are you trying to return to your harsh reality despite that?” is something only you can begin to explore. There may even be some among the group whose true self you as a player just can’t accept. You’ll need to take personal responsibility and a “no regrets” attitude if you want to move forward

<Foresight combo-building combat system>
A turn-based combat system where you can assure the success of each move you select. Used right, it allows you to build teamwork and get out of jams.

<A bizarre world that echoes with the brainwashing songs of Vocaloid-P musicians>
Standing in the way of the Go-Home Club are The Obbligato Musicians who want to protect their utopia. Awaiting in dungeons where brain-washing songs play on a loop, they are joined by people who have been enchanted by the music and regard the Go-Home Club as traitors to be defeated. Meanwhile, the Go-Home Club, along with Ki’s singing, fights back. The in-game music is provided by popular composers who are active on video sharing platforms.

An old style Tatefushi Academy(the school attended by the Go-Home Club) uniform that no longer exists, will be added as a new costume. You can change costumes via the newly added costume field in the equipment screen. You’ll be able to change outfits right from the start of the game, so it’s a feature that can be enjoyed by new and old players alike.

*The “Retro Tatefushi Uniform” is also planned to be added to the PS4 and Nintendo Switch/Lite versions in future updates.