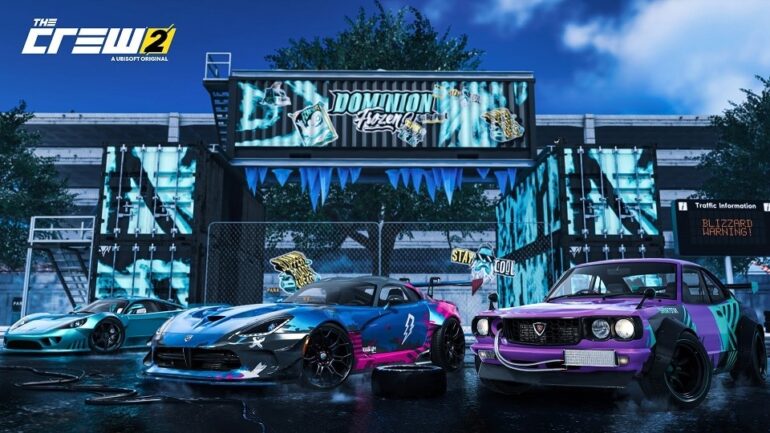 Ubisoft Forward has now announced the next chapter of The Crew 2 called Season 6 Episode 2 Dominion Frozen. The next episode of Season 6 will be available to all players on September 14, 2022. It will challenge drivers with new icy tracks, introduce new vehicles, vanity items, LIVE Summits, and a fresh Motorpass.

Starting September 14, 2022, there will be new tracks with harsh elements that will challenge players’ driving abilities as they race against the champions in each category. They can try out Street Race, Hypercar, Rallycross, Touring Car, and more while braving the harsh icy elements.

Players can check out the new set of vehicles coming with Season 6 Episode 2 Dominion Frozen. This includes the Mazda RX-3 (1972) – Street Race, which will be available for purchase in bucks or Crew Credits on September 14, 2022. The Mitsubishi Eclipse Star Edition (1999) – Street race will be coming back. More vehicles will be added soon.

The new Motorpass for this episode will have the new update, new vehicles, and 48 new vanity items.

There is a new batch of LIVE Summits that will be released starting on September 14, 2022 with Black Ice. The next Premium LIVE Summits launches on October 5, 2022 and will have the Chrysler 300 SRT8 Crown Edition (2013) – Street Race as the Platinum reward.