The GENKI: ShadowCast Adapter Makes Any Display Turn into a Nintendo Switch Display 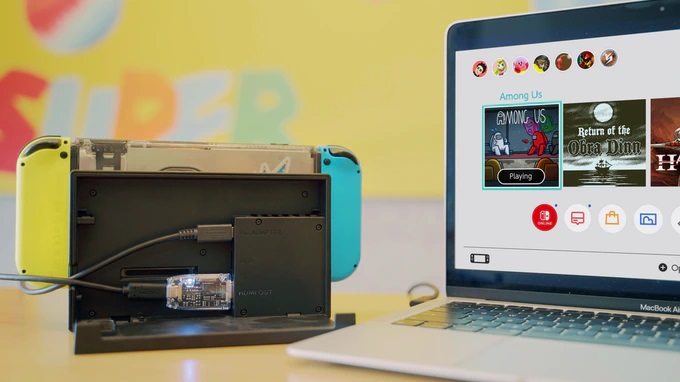 This new adapter that Human Things has developed offers a neat feature for anyone who is struggling to have a new display for their Nintendo Switch. It allows them to make any kind of display to be turned into a Nintendo Switch display without any complications at all. For example, it can turn a laptop into a display for the console with this nifty adapter.

The device is currently on Kickstarter. The game company who made it actually developed other types of Nintendo switch accessories as well like the Covert Doc and the BlueTooth audio adapter.

Aside from the Nintendo Switch, it is revealed that this adapter can also work for the PlayStation 5. No specific details yet if it will work on the Xbox One or the Xbox Series X/S.

Another awesome feature it has is the built-in capture software. It can capture or stream in-game footage without any effort at all. It can support Microsoft and MAC OS and it only offers a low price compared to any other capture device.

The GENKI: ShadowCast adapter will launch sometime in March 2021.